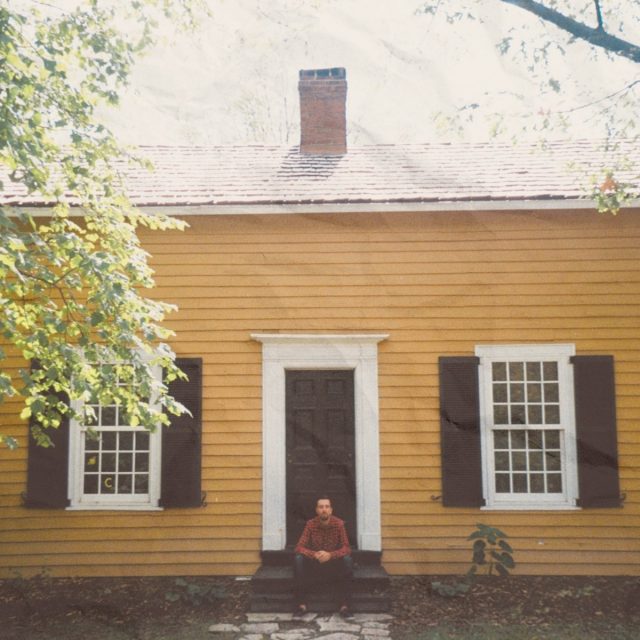 Taylor Simpson is Learning To Live With Precious Time in his movingly thoughtful and quietly powerful debut album —  premiering exclusively on Tinnitist.

A concept album that follows the Toronto folk-rock singer-songwriter as he walks through significant moments from his past and present, the introspective and intimate work tackles a host of life-changing issues and events — dealing with the death of his parents at a young age, coping with depression, anxiety and OCD, losing loved ones and gaining new relationships. As he takes you on his emotional roller-coaster, Simpson is unafraid to wear his heart on his sleeve, using his vulnerable lyrics and tender vocals to forge deep connections while his tracks bristle with rich acoustic and electric guitar, steady drums and tastefully understated production.

Written over the course of the past eight years, Learning To Live With Precious Time is unflinchingly personal and unabashedly revealing. So there’s no better person to guide you through the album-length journey than the man behind it. Below are his track-by-track recollections and reflections: 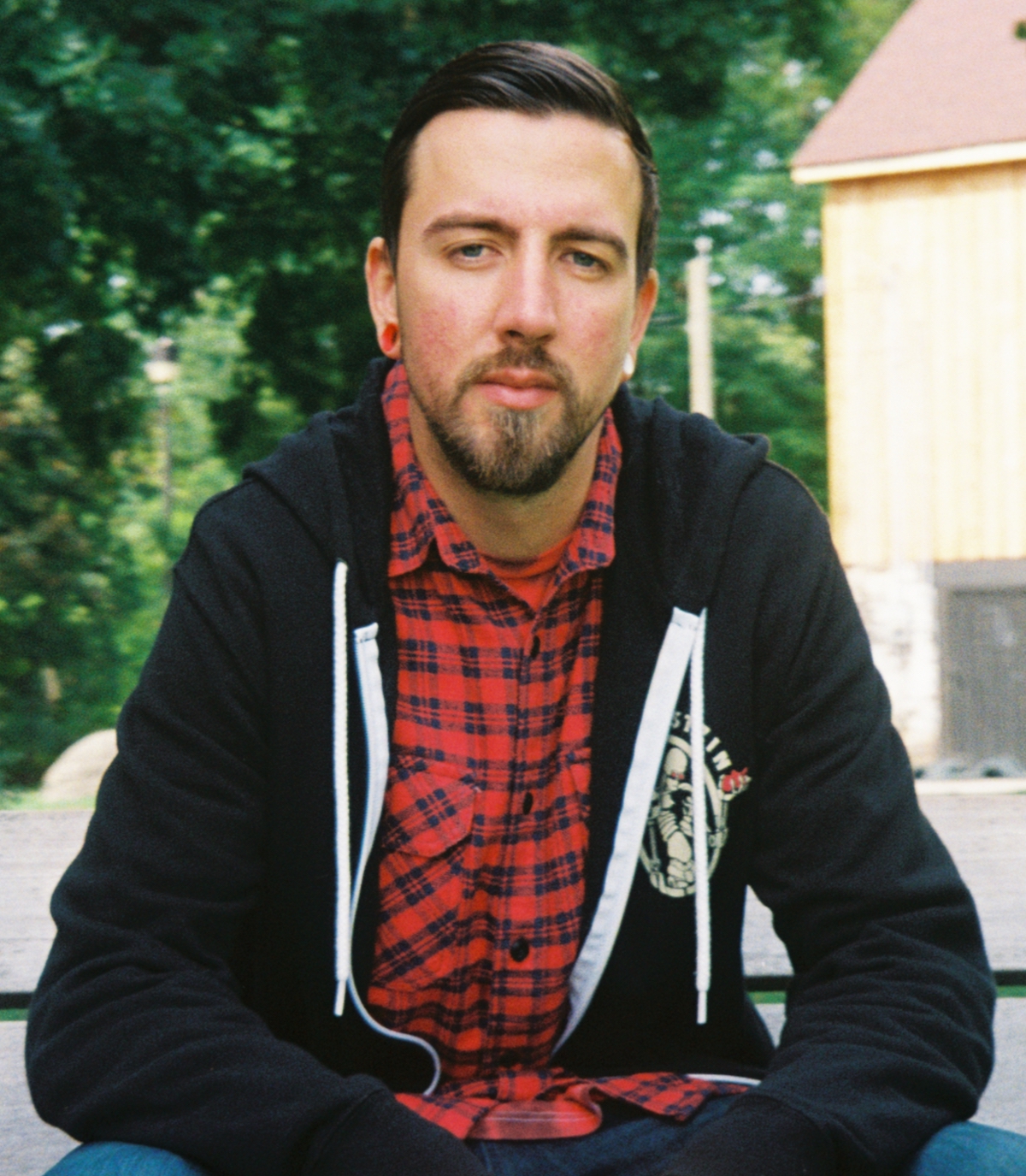 “This song is about the loss of my parents and how I was pretending to be OK and thought I was over the loss when I really wasn’t. Sonically I wanted it to feel uplifting and spirited (to reflect) the whole “pretending” feeling of living this facade if you will, or seeing things through rose-coloured glasses. The lyrics really carry the true story and meaning in this song.”

“I wrote this song while living in the U.K. It was initially about two fictional characters who are in a deep, heavy relationship, but one is tearing them apart. The love is too heavy to bear for the other person. As much as they want to make it work, they know that they are drifting apart. However, this song soon became a reality in my own life, when my girlfriend and I had similar issues and ended up breaking up. It was almost like I had written my own future. So the song took on a whole new meaning for me.”

Midnight At A Red Light

“I went to school for music in Toronto, and for one assignment I had to write a song based on a random title given to me by the professor. I got Midnight At A Red Light. It’s mainly about dealing with my mental health struggles over the years — I would go out for a drive to help clear my head of restless thoughts. I just wanted to capture the moment that I’m sure a lot of people can relate to; you are just so overwhelmed with life and stressed-out that you need to go for a drive.”

“This song is about me trying to find my way out of the darkness I was in when I was a teenager. I had a problem with drugs and alcohol. I was turning into a person I didn’t want to be; couldn’t even recognize myself in the mirror. I knew I had to follow my heart, get help, clean up my act and get my life back on track, or at least going in the right direction.”

“My friend Danica helped me quite a bit with this song. It’s about being lost and asking yourself questions like ‘What the hell am I doing with my life?’ Sometimes you can be so unsure of everything, not knowing what the outcome will be, but also realizing that’s OK. You’ll figure it out, you have a life to live, so stop trying to overthink and overanalyze and just do it. Things will figure themselves out and you’ll learn from any mistakes along the way.”

“Musically, this was my attempt at breaking traditional songwriting. There really isn’t a structure in this song, and that’s on purpose. The song finds me questioning my mental health, wondering if I will ever get better and be released from these illnesses I face. I feel the song paints this massive cinematic picture of what it’s like dealing with mental health. I have my wonderful friend CJ (aka Proper Grim) on the track. Her role in this song is to be the guiding voice of reason or hope — the light at the end of the tunnel (or in this case, the end of the song).”

“No vocals on this one, like a true interlude. However, I feel this interlude is unique in terms of what my producer (Adriano Loparco of Stone Roof Studios) and I created. It’s a soundscape / story / walkthrough. Imagine you have walked through a door into someone’s life, and are hearing the sound of their story as you travel along and take in everything that’s going on. My life is the story that you hear. It’s dark and raw. But that’s how I wanted it; I’ve experienced a lot of trauma and I wanted this to showcase the emotions I felt during all of it.”

“This song represents a moment in my life when there was peace for the first time in a long time. I was still struggling with some demons, but I was in such a better headspace and could properly deal with everything. Things in my life were starting to make sense and opportunities were aligning better than ever before. This song is a love letter to myself, reminding me that things will be all right. My friend and producer features on this song. He’s one of the big reasons why I felt better at this moment, so it was only fitting to have him come on and sing this song with me.”

“The shortest song on the album, but the hardest song for me to write. It also took me the longest to finish lyrically. I had never really written a full-on happy song before. It’s very difficult to draw that line between cliche and meaningful. That being said, the song is about finding that one person that just makes you feel special. You never want the day to end when you’re with them. It could be a friend, a lover or anyone you care about and feel that kinship with. It’s all about having fun, taking each other’s hand and never looking back. I made a video for this song that makes me cry almost every time I watch it. I gathered clips from some of my dearest friends and made this collage of them all doing fun things.”

“The last song on the record. It’s funny; when I wrote this song I always knew it was going to be the last song. It just had that feeling of closure; a solid way to wrap up and summarize the overall message or theme of the album: My life. I’m trying to make things better and I have an awesome support system now that I can lean on at any time. I’m in the process of building a new bridge over the river that was the chaos and pain I experienced in my life. My favourite part of this song is the ending: I had a huge group of my talented friends sing the last chorus with me, choir style. It’s a beautiful way to tie everything together and creates this joyful feeling of relief.” 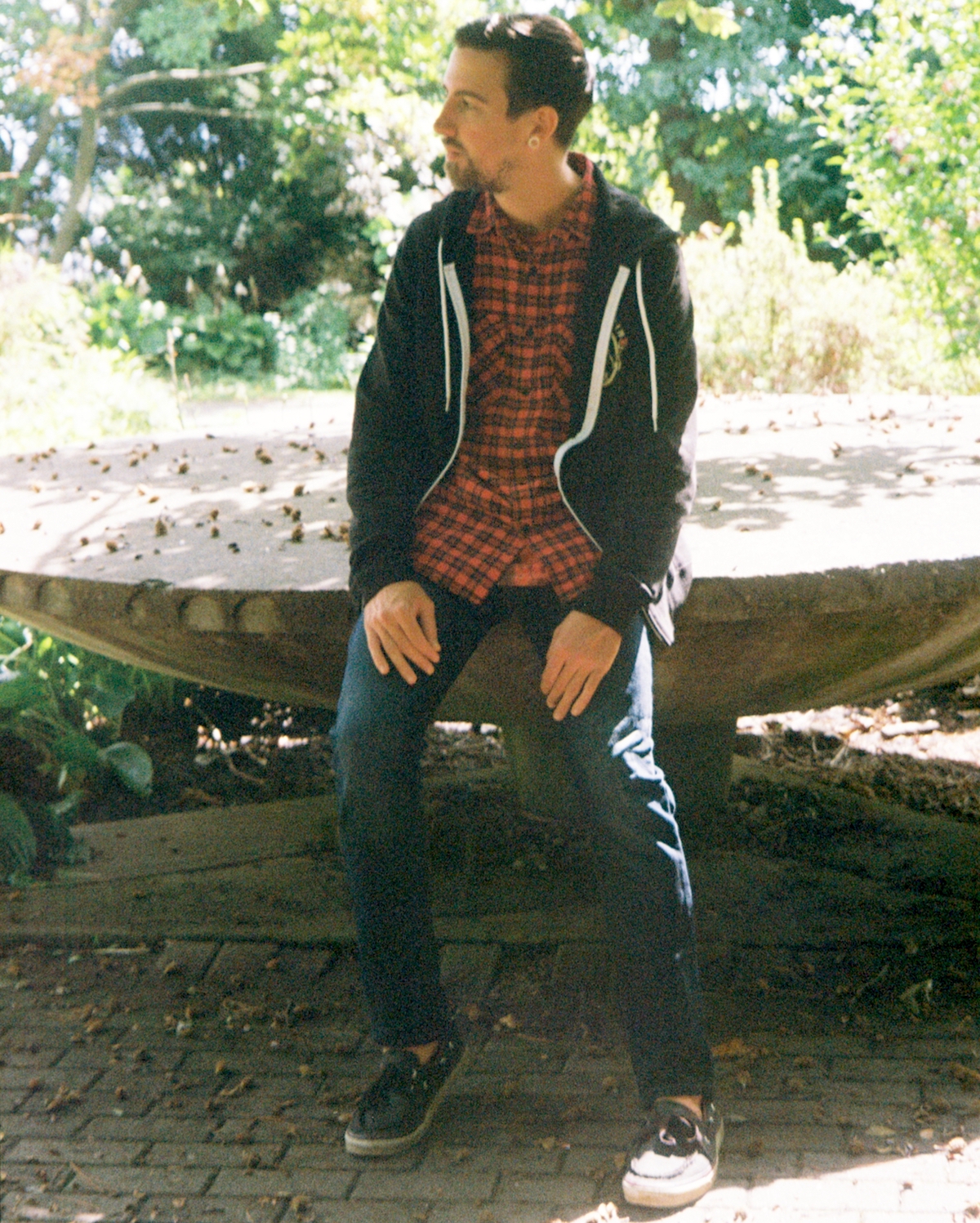