Home See Tone Of Voice Orchestra | He Loves Her For It: Exclusive Video...

Tone Of Voice Orchestra put you under their spell with the video for their uniquely irresistible new single He Loves Her For It — premiering exclusively on Tinnitist.

Boasting a primal shamanic groove, a potently propulsive sax and a vocal hook belted out by four strong female vocalists, He Loves Her For It — an instantly addictive yet strangely sweet portrait of sexual dominance and submission — showcases the essential elements of the Danish ensemble, a 10-piece powerhouse of a band with an unconventional instrumentation and a genre-fluid approach to songwriting.

“He Loves Her for It was one of the first songs we wrote for the band,” says Copenhagen singer-songwriter Trinelise Væring, who leads the collective with award-winning jazz saxophonist Fredrik Lundin. “We still consider it a centerpiece and refer back to it whenever we lose track of what it is we are doing here. To be open to so many influences is the whole idea of this melting pot, but some elements have to be in place to keep it together.

“The elements of He Loves Her for It that we consider vital for our expression (are) a characteristic groove, a catchy hookline and the way we sing, going from four voices in unison to four-part harmony and back. And also the way He Loves Her for It is harmonically somewhat static, which goes through many of our songs. Maybe because we have two drone instruments, on this song bagpipes on others hurdy-gurdy. Another characteristic is the improvisational element in the music (in this case Fredrik’s tenor saxophone solo) which is something we leave space for in most songs, since we have some really great improvisers in the band and we find the music comes alive this way.”

Speaking of coming alive: Tone Of Voice Orchestra began in the fall of 2017, when Lundin was artist-in-residence at the Copenhagen’s Club 5e. He had recently been introduced to a violinist and a hurdy-gurdy / bagpiper who had blown him away, and he had stumbled upon an album by the Canadian band Bruce Peninsula which featured multiple singers and two drummers. ”I totally fell in love with that big sound of the many human voices and the potent drum beat, the sheer energy of it,” Lundin says. “I wanted to find a way to merge these two inspirations.” 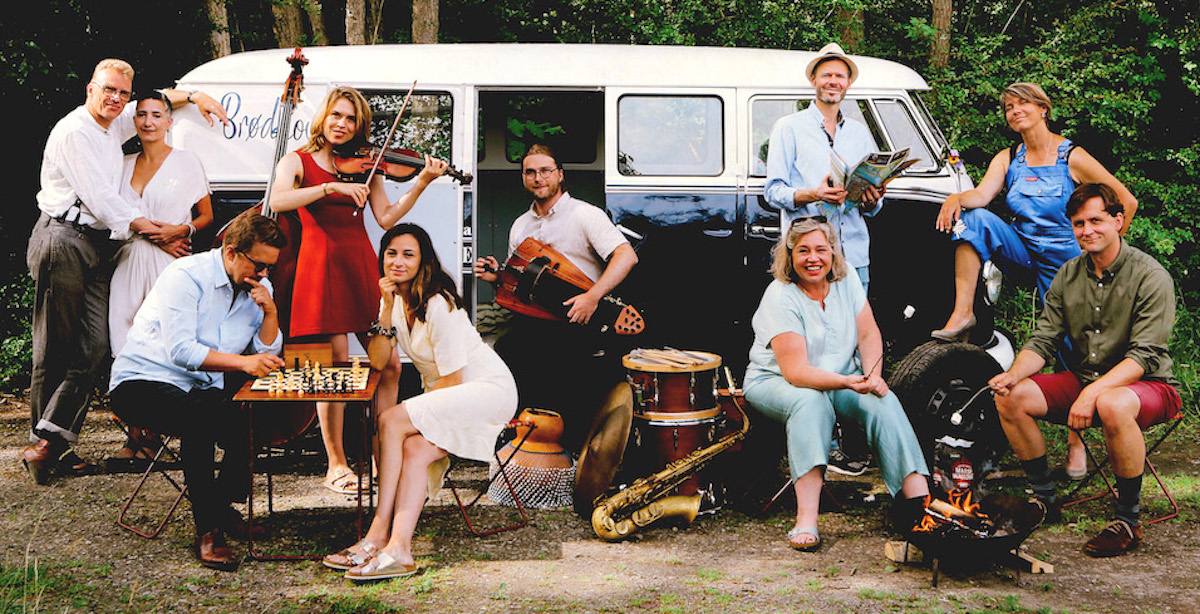 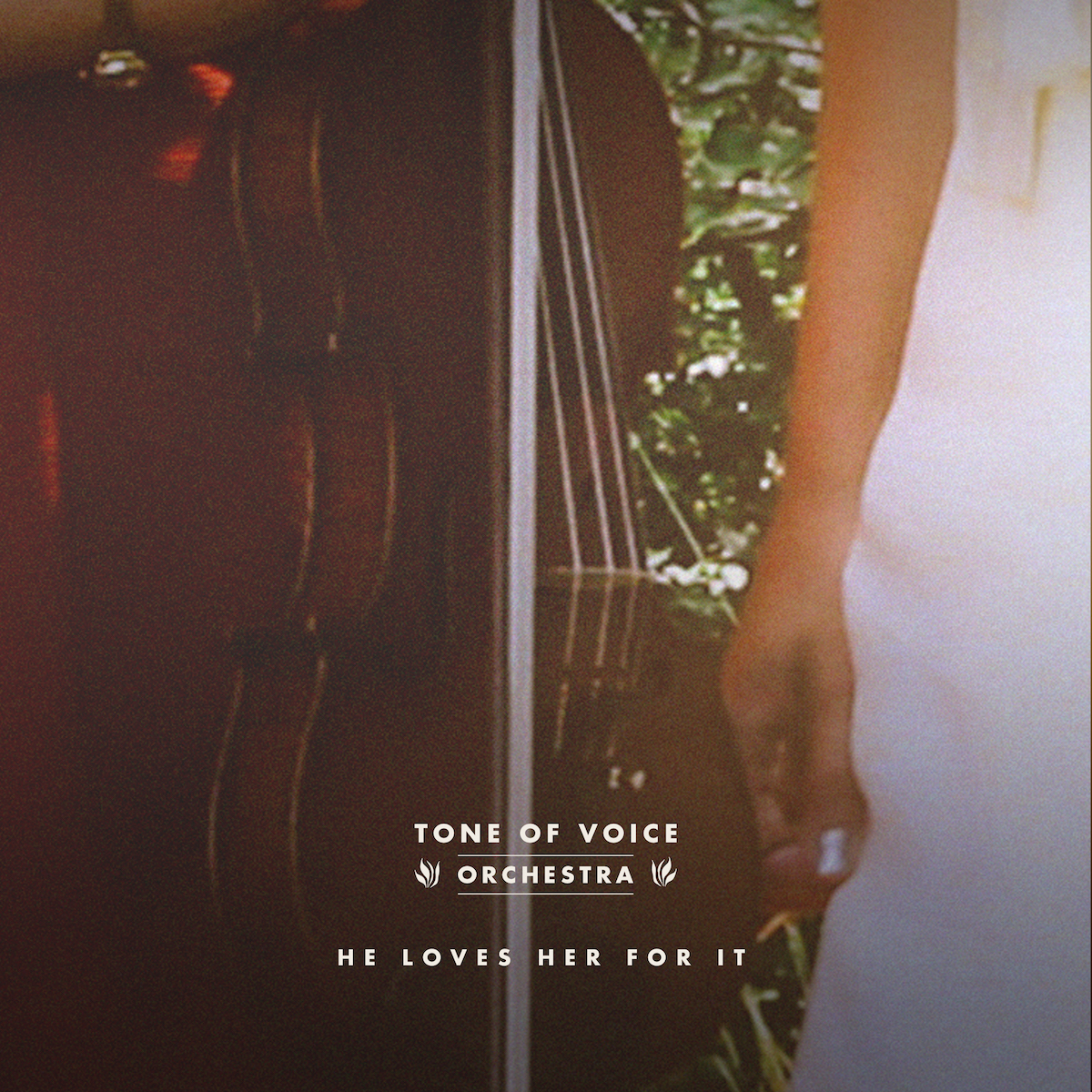 Knowing he needed someone with a strong sense of melody who could write lyrics and vocal arrangements Lundin brought Væring on board. Together, they handpicked an ensemble of musicians from very different walks of the Scandinavian music scene — five women and five men, including both seasoned artists and bright new talents — for what they imagined to be a one-time project (because who in their right mind would attempt to build such a large band these days?).

Four years and one pandemic later, they lead an ebullient outfit with a debut album on the way and just enough live concerts already under the belt to call themselves a touring band. Along with Lundin and Væring, the lineup includes vocalists Ania Rybacka, Maria Kynne and Tine Refsgaard, hurdy-gurdy, bagpipe and cittern player Christian Mohr Levisen, violinist Emma Kragh-Elmøe, double bassist Joel Illerhag and drummer-percussionists Jesper Uno Kofoed and Anders Provis.

They comfortably straddle the divide between multiple genres such as roots, jazz improv and indie-folk, while blending the famous Scandinavian sound with global influences from Eastern European folklore, Americana and North African textures, as well as a variety of indie-pop and alternative folk bands. All of these feed into one another and grow lush new forms when added to Tone Of Voice Orchestra’s melting pot.

“The global music village is infinitely inspiring to us,” says Trinelise. “We listen to a lot of stuff. We take it in and let our fascination for Americana, Eastern European vocal groups and our favourite indie and alternative folk bands blend with our roots and jazz background. And where does that leave us as far as a genre? Well, your bet is as good as ours. We are taking suggestions on genre at the moment. The good thing is, we definitely stand out. We have searched for other bands to name as soundalikes, but, as far as we know, we don’t sound like anything else out there at the moment.”

He Loves Her For It is the second single from Tone Of Voice Orchestra’s self-titled debut album, due March 11 on Stunt Records in the U.S. and Canada. Watch the video for the song above, check out their first single Heartless below, and get to know the band at their website, Facebook and Instagram. 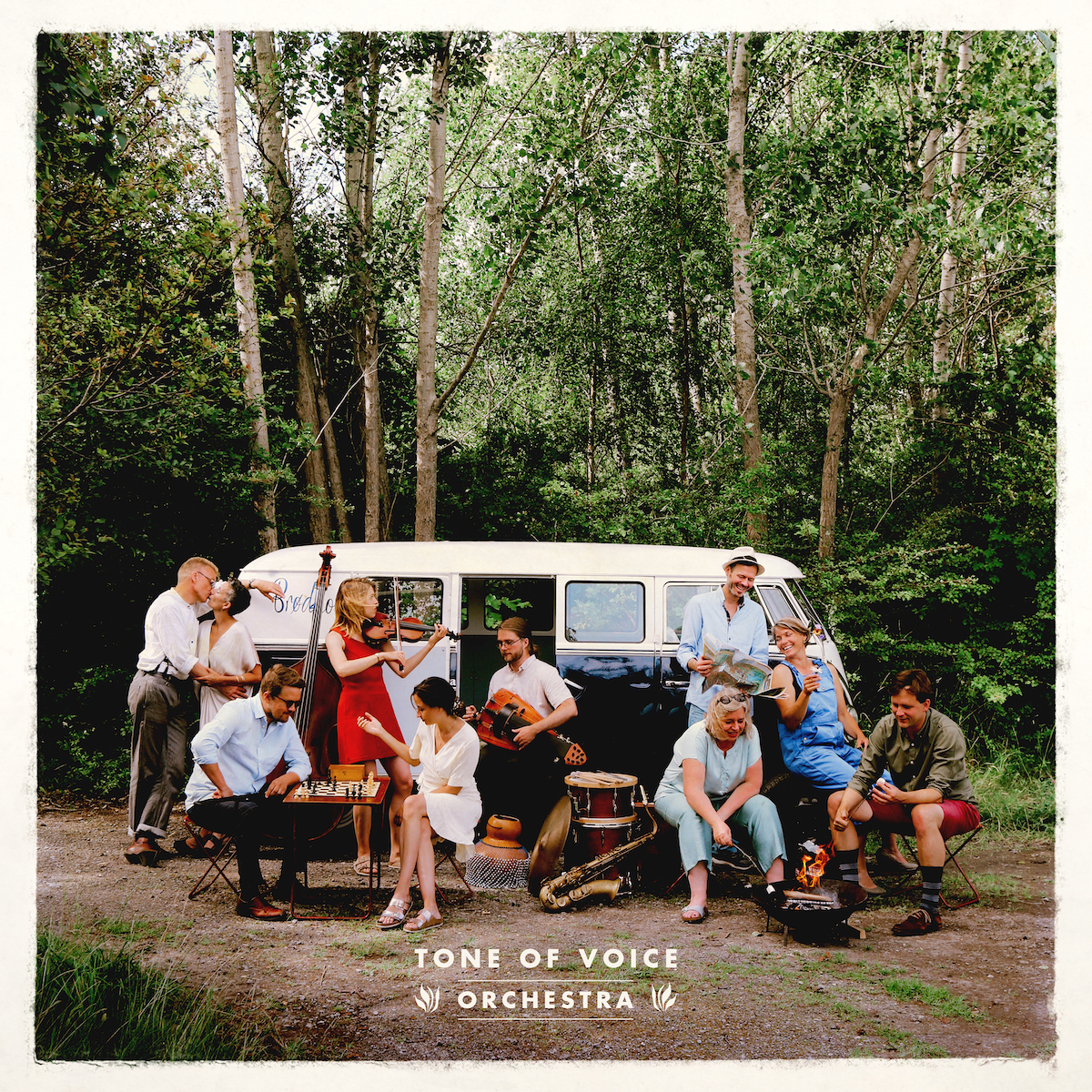 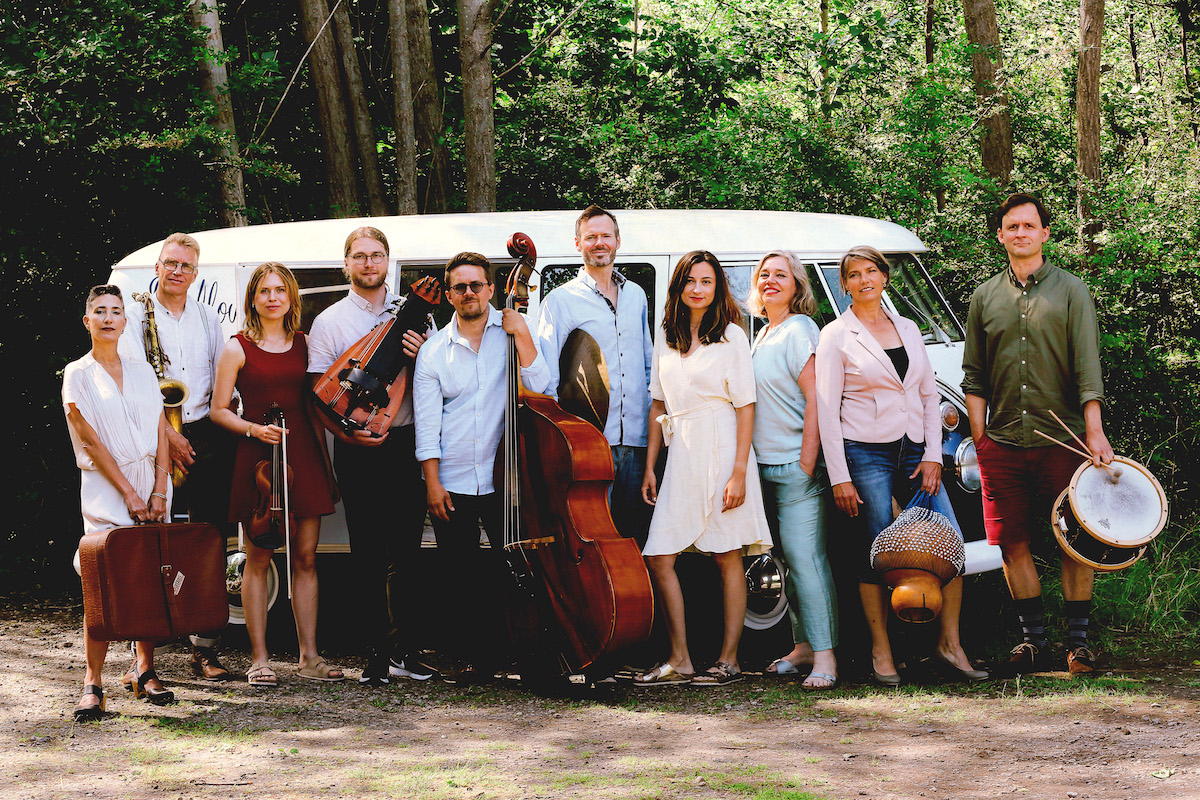