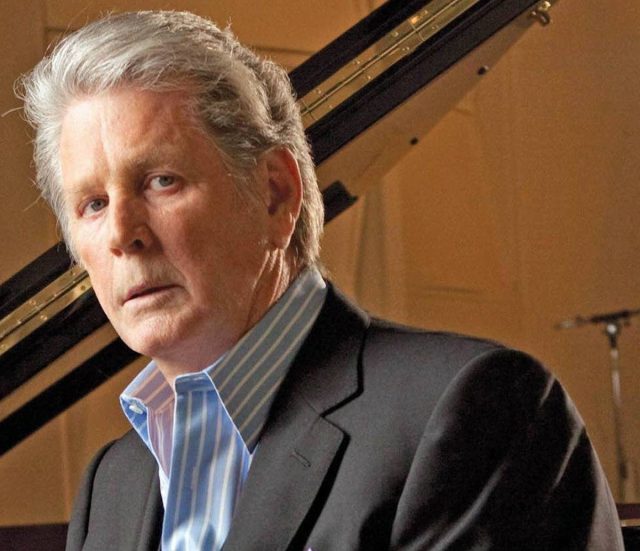 The new documentary Brian Wilson: Long Promised Road is something of a trip down memory lane for me.

No, I have never chaufeurred the beloved Beach Boys leader and pop icon on a tour of his Southern California stomping grounds while he makes me play songs from his old albums, as writer (and Wilson’s friend) Jason Fine does in the PBS special. But I have had interviewed Wilson twice in my life over the phone — and believe me, that was also a trip. So watching as Fine valiantly, patiently and gently tries to prod the notoriously laconic, introverted legend to open up and say something more than a handful of words brought back recollections of my own brief, awkward encounters with the man. (It also reminded me of the time a few years later when a major online music site published a so-called ‘interview’ with Wilson that was brimming with insightful paragraph-long answers that had clearly been written by the author and/or a publicist. Wish I could have done that.)

Anyway, since the documentary debuted this week, it seemed like a good time to pull my old chats out of the archives. The first, which wasn’t too bad, took place in 2011 when Wilson was promoting a Canadian tour and his album Brian Wilson Reimagines Gershwin. The second, which is hilariously awful, occurred a year later, coinciding with The Beach Boys’ comeback album That’s Why God Made the Radio and their 50th anniversary reunion tour. Unlike most of my interviews, nothing had to be cut out of these for space (did I mention he was laconic?). Enjoy.

It takes one to know one. Even with geniuses. And that, insists Brian Wilson, is why George Gershwin would dig his orch-pop and surf-rock updates of classic compositions such as Summertime and I Got Rhythm.

“If George Gershwin were alive today, he would like what I did,” the Beach Boys founder says from California, where he’s rehearsing for his first extensive Canadian tour with his band and an orchestra, on behalf of his recent album Brian Wilson Reimagines Gershwin. “He’d say, ‘Brian, I love the way you did my song.’ He’d say that because he was a genius. And one genius knows another genius.”

Yes, Wilson calls himself a genius. Hey, why not? Everyone else has. And while it isn’t humble, it isn’t wrong. The 68-year-old icon may be the most gifted, influential and revered songwriter pop has produced. His peerless resume includes Good Vibrations, Pet Sounds, God Only Knows, Smile and a string of summer singles about cars, girls and surfing. He is a member of the Rock and Roll and Songwriters halls of fame, a Grammy winner and recipient of Kennedy Center Honours, and just last month received UCLA’s George and Ira Gershwin Award (fittingly enough). Pretty good for a guy who has been deaf in one ear since early childhood.

Of course, that is far from the only hardship Wilson has endured. After a mid-’60s breakdown, his life devolved into mental illness, drug abuse and seclusion in his sandbox-equipped mansion in the clutches of a Svengali-like therapist-manager. It’s only in the past dozen or so years that Wilson has achieved the stability to resume his career in a meaningful, sustainable way.

No wonder he’s an odd duck in conversation. On the phone, he is civil but detached. He answers questions briskly in as few words as possible — then just stops talking. He does not digress or elaborate, tell jokes or share stories. Abstract questions throw him. Most of the time, he is almost robotically literal; occasionally he bursts forth with enthusiasm. It does not make for an easy, insightful interview. Nor does being politely but firmly instructed to limit my questions to his Gershwin album.

Despite all that — or perhaps because of it — my time with Wilson was undeniably memorable. Here are his thoughts on Gershwin, touring, his next CD and what a genius wants for his birthday. 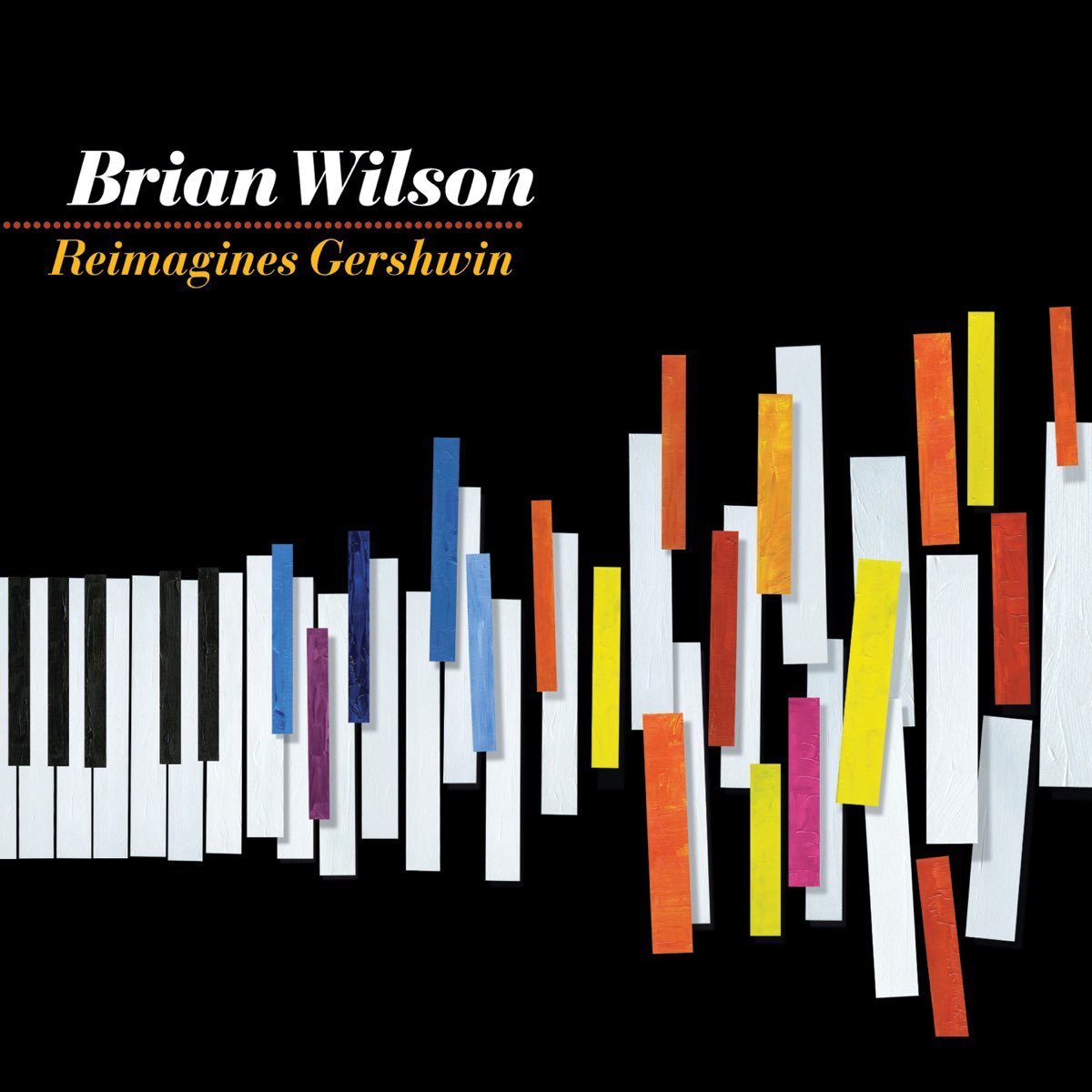 This is your first true Canadian tour. What took you so long?
I don’t know. Who knows? The important thing is, we’ll be there, right?

And doing Gershwin. What did you learn from him?
He taught me a lot about harmony. And he taught me a bit about how to play the piano. Stuff like that.

What made you want to reimagine his work?
Well, the Gershwin people asked if I’d do an album in his honour. I said I’d love to. So we took 25 songs he and Ira wrote and whittled it down to 12.

What obligation did you feel to the music? What did you feel you could and couldn’t change?
It wasn’t a case of change for change’s sake. It was a case of doing each one separately and appropriately. I honoured each song and treated it as if George was there to hear it.

You also wrote two new songs from Gershwin’s unfinished music. Was that also a matter of putting yourself in his shoes?
Yeah. We started with 104 unfinished piano songs. It was just a bunch of music he played all at once — different kinds of songs. And we dwindled it down to just two. We just took the chords and put melodies around the chords and put words to the melodies. That’s it.

After decades of playing your own music, what’s it like to play someone else’s?
Well, it’s not just his music. It’s our music now. It’s like presenting his music through my music. It’s Gershwin-Wilson.

Are there other composers you want to reimagine?
No, not really. I think this sums it up, with George and Ira and me. I don’t think there’s anybody half as good.

Who would you like to have reimagine your material?
Wow, good question. I have no idea. I wouldn’t know. 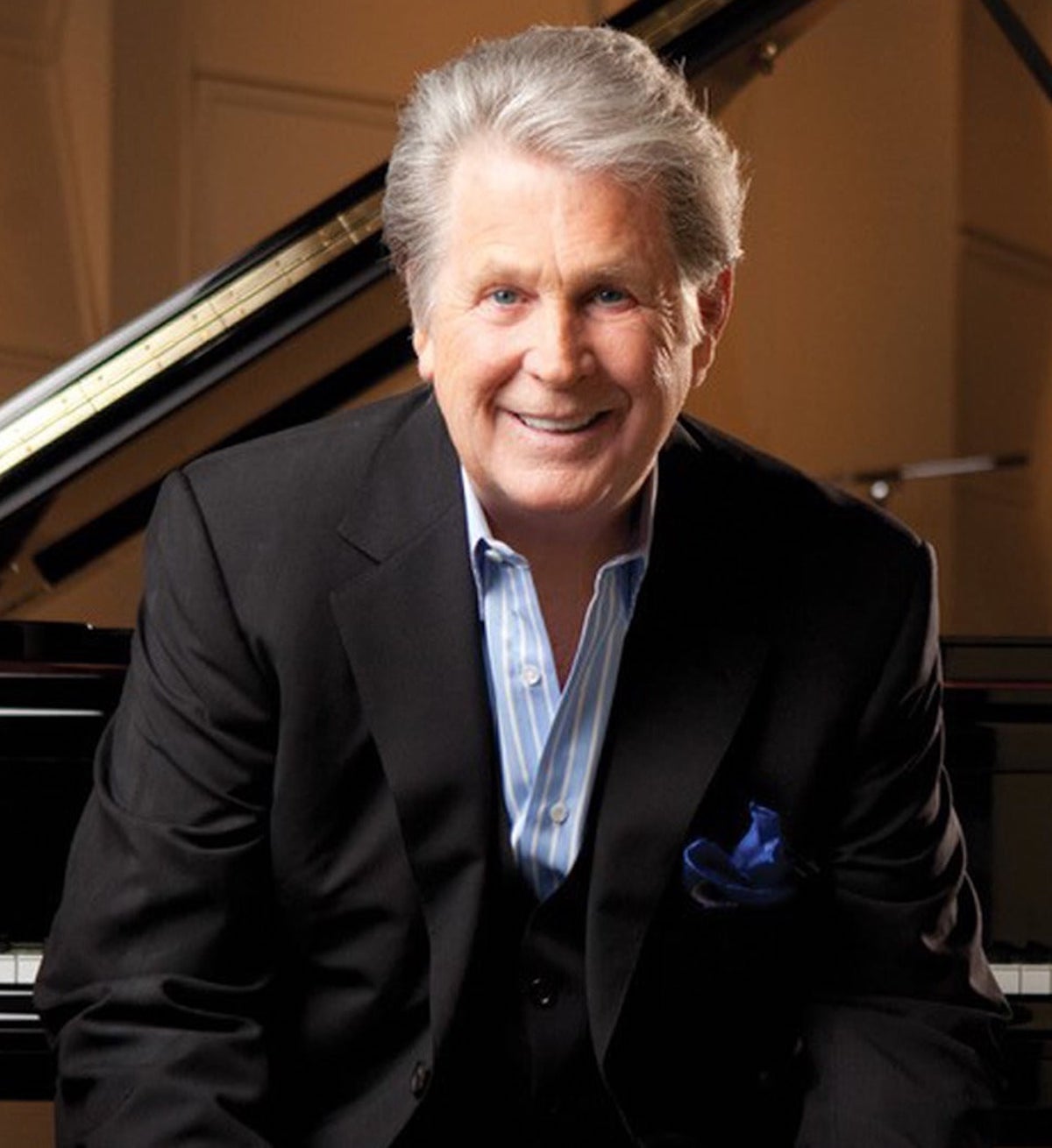 Is there nobody you think would be up to the task?
Not that I know of, no. Maybe Paul McCartney could do my songs. But I’m not sure.

Why not?
Well, I haven’t asked him.

Well, maybe you should ask him and see what he says.
All right, I will!

What’s this talk about you giving up touring?
That’s not going to be real soon. I’ll probably be touring for a little while yet. A couple of years at least.

You’ll be turning 69 years old in Ottawa on this tour. What do you want for your birthday?
A cake. A chocolate cake with ice cream.

After this tour, what’s next?
It looks like we might be doing a rock ’n’ roll album. We’re going to do songs inspired by Phil Spector and Chuck Berry. You know how Chuck Berry goes: (starts singing) ‘Hey baby, baby, baby, rock ’n’ roll music.’ And Phil Spector has the drumbeat and the good piano and guitar sound. So it’s going to be that. Half will be original and half will be covers. How’s that sound?

Pretty cool. Where did that idea come from?
From me.

Right. But where did you get the idea from?
From me.

I know it was your idea. But were you reading about one of them, or listening to their music, or … ?
No, I just thought, ‘I want to do an album like Phil Spector and Chuck Berry.’ And I’ll be damned if we’re not going to do it!

This is not why God made the interview. A few weeks ago, I was offered a 20-minute phone chat with Beach Boys Brian Wilson and Mike Love to discuss their nostalgic comeback album That’s Why God Made the Radio and their ongoing 50th-anniversary reunion tour with old pals Al Jardine, Bruce Johnston and David Marks. I agreed — mostly because Love would be in on the call.

Don’t get me wrong; Wilson is a genius. I know this because he once told me so himself. And hey, who am I to argue with the guy who wrote Pet Sounds, Smile and Good Vibrations? What the 69-year-old legend is not, however, is an easy interview. Suffice to say, I would not be the first to describe conversing with him as somewhere between pulling teeth and conducting a PoW interrogation. So I hoped the more outspoken and extroverted Love could help carry the conversational ball and fill in some of the blanks and awkward pauses Wilson regularly leaves in conversation. Sounds good, right? Wrong.

Unfortunately, when the call came, it was an hour late, Love was MIA, and instead of a full-length interview, I ended up getting four minutes with a harried Wilson, who had just cleared security at New York’s JFK airport and was about to board a plane. Talking to any artist under those circumstances is a long way from ideal; with Wilson, it’s almost a hilariously perfect recipe for journalistic disaster. Which is basically what happened. Here’s how it went: 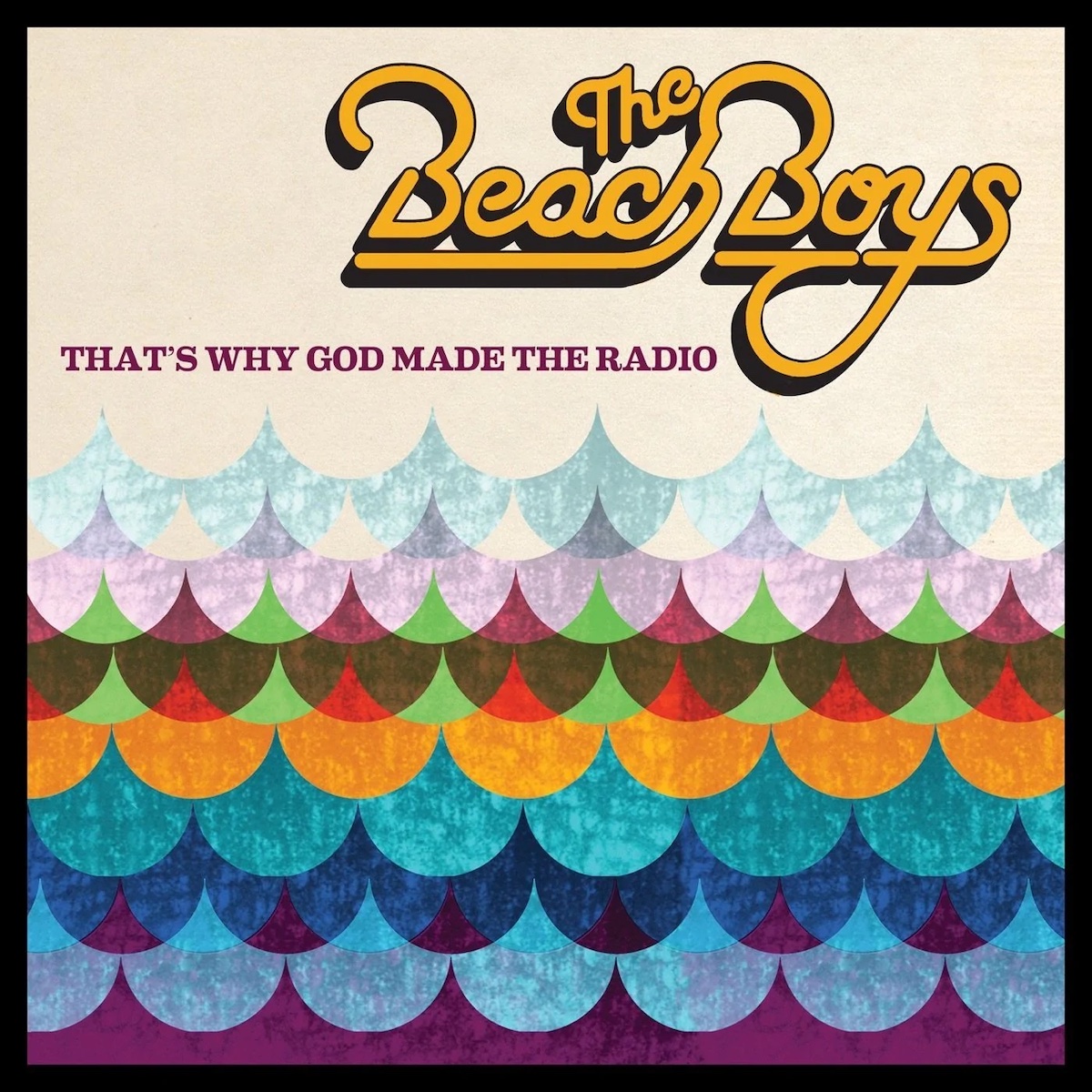 Hi Brian, how are you?
Good. Let’s do the interview.

OK. Whose idea was it to get back together after all this time?
Well, Mike Love.

How did it happen? Tell me the story.
He called me and asked if I’d like to do a 50th anniversary tour with him and I said, ‘Yeah.’

Did you have any reservations about doing it?
No. I love it.

What was the biggest hurdle you had to overcome?
We didn’t have any hurdles. We just decided to do it.

What about all the bad blood over the years, the lawsuits and the fighting. Wasn’t that a problem?
No. It was no problem at all.

Musically, was it just like getting back on a bicycle?
Yeah, it was very simple. We rehearsed for four days. We learned all the songs. And then we went on tour.

How did it feel the first time you played and sang together again?
It was a thrill. These guys are great.

Was there no rust to scrape off?
No, not at all.

Do you regret not doing this sooner? Would it have worked if you had tried it years ago?
No. This was the right time. It wouldn’t have worked earlier.

Have you been renewing your friendships and having fun?
It’s more fun than ever because the band is great.

What about on the personal level?
I’m happy with it.

Why was it important to make a new album? You could have just played all your old songs on tour.
We wanted to make a mellow album with a ’60s type of sound and 2012-type of songwriting.

Right, but why did you want to make a new album at all?
Because the guys all decided to make an album.

Some of the songs on the new album are new and some are old, right?
Most of them were written in 1998 and three or four were written about six months ago.

Why were the older ones sitting around so long?
I don’t know. We just wrote some songs.

Is it different writing for The Beach Boys instead of yourself?
No, not at all. I gotta go. I gotta get on an airplane.