Spring has sprung, the grass is riz, it’s a quiet week in the music biz. Sorta. While there aren’t many big-name releases on the way — unless you count a solo album from Fitz and the Tantrums‘ frontman, a religious album from Carrie Underwood and a slew of compilations — there are still plenty of intriguing offerings on the way. Here are the ones on my radar: 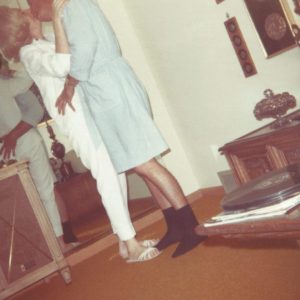 THE EDITED PRESS RELEASE: “Death From Above 1979, the boundary-pushing musical alliance of Sebastien Grainger and Jesse F. Keeler, are about to release Is 4 Lovers, their first new music since their 2017 release Outrage! Is Now. The first single from the album was One + One. In the music video, created as a collage of disparate frames and moments inspired by the photography of artist David Hockney, was directed by Granger’s wife Eva Michon, who also helmed the band’s documentary Life After Death from Above 1979 (2014). “Since we started playing people would come up to the stage and after and say: ‘I can’t believe there’s just two of you,’” explains Grainger. “The video for One + One is Eva’s way of showing that our band is greater than the sum of its parts. It’s Death From Above 1979 in multitudes.” The new album, which Grainger and Keeler wrote, produced, mastered and recorded entirely by themselves, captures the creation of a totally new sound and a reimagining of the format they created more than 20 years ago. DFA have never sounded more assuredly like itself than it does on Is 4 Lovers.” 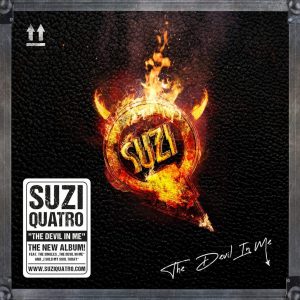 Suzi Quatro
The Devil In Me

THE EDITED PRESS RELEASE: “The Devil In Me is the best album in my career to date!” says Suzi Quatro. And the American rock vocalist would hardly utter such superlatives lightly. Suzi’s enthusiasm for her latest offering has many reasons — 12 of them to be precise. Because The Devil In Me consists of exactly a dozen songs, each of them — from the opening track and title song to the final Motor City Riders — a real highlight. “I have to confess that I could hardly wait to work on new material again with (my son) Richard after the release of No Control,” Suzi explains. “Every album has its own creative history and I know that it’s impossible to plan success. But Richard and I were certain of one thing: We knew we’d be a good team again.” 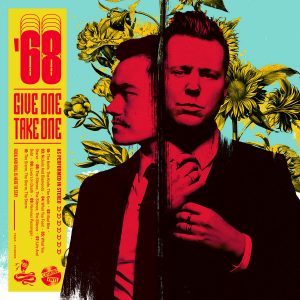 THE EDITED PRESS RELEASE: “How much noise can two people make? ‘68’s Give One Take One is the sound of simultaneous implosion and explosion, of destruction and creation unbound. These are songs that could almost fall apart at any moment, yet never do, devilishly dancing between life and death. It’s a primitive impulse delivered with postmodern purpose; a blacksmith’s resolve with an arsenal of electric distortion and raw nerve. Like a Delta Blues reimagining of Bleach-era Nirvana or the disgraced punkish cousin of The Black Keys, ’68 adheres to a single ethic: unbridled authenticity. There’s not a “plan” with ’68 so much as a ride, with the duo hanging on for dear life in the eye of the storm every bit as much as the audience. The obstacle is the goal. The journey is the destination. Inventive, disruptive, frantic; even when dipping into a bit of Otis Redding or James Brown-style funk, ’68 sound urgent.” 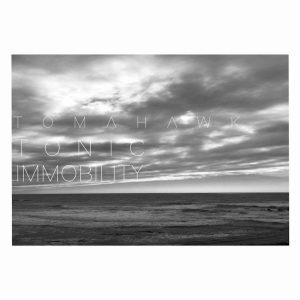 THE EDITED PRESS RELEASE: “Tomahawk show up just when we need them. Now, a lot has changed since we first met them. Hell, a lot has changed since the last time we heard from them seven years ago! It doesn’t matter though, because they’ve crept back just when things got really weird, and they’re ready to put the “new” into “new normal” with — wait for it — new music. On their 20th anniversary (that’s a good hook to sell a tour livestream, right?), they finally return with their fifth full-length album, Tonic Immobility. The guys — guitarist Duane Denison [Jesus Lizard], vocalist Mike Patton [Faith No More, Mr. Bungle, Fantômas], drummer John Stanier [Helmet, Battles], and bassist Trevor “field mouse” Dunn [Mr. Bungle, Melvins] — survey where they’ve come from only to leap ahead once more. Thawed out from their slumber, they sound like, well, Tomahawk. Now is as good of a time as ever.” 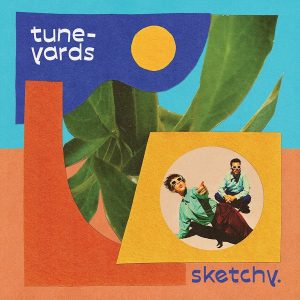 THE EDITED PRESS RELEASE: “Tune-Yards’ last release I Can Feel You Creep Into My Private Life was a self-reflexive question mark at the end of a decade of outspoken, polyphonic indie music. From 2009 to 2018, Tune-Yards (both Merrill Garbus and her partner and collaborator Nate Brenner) released four critically acclaimed albums, traveled the world relentlessly to play live shows, and composed the psychedelic score to Boots Riley’s surrealist cinematic masterpiece Sorry To Bother You. “We had really been non-stop hustling,” Merrill reflects. “And when we’re hustling, we’re complicit in all of the systems that I really don’t believe in.” Interrogating these systems and her role within them had left Merrill feeling heavy with grief and lost about how to move forward. The duo pressed on, inspired by the Beastie Boys Book and Questlove’s Creative Quest, and began jamming daily for hours in their home rehearsal studio “like athletes”. They ditched computer screens for live instruments (Merrill on drums, Nate on bass) and before long full songs started to emerge. The result is a colorful and joyous record with lyrics that cut to the bone.” 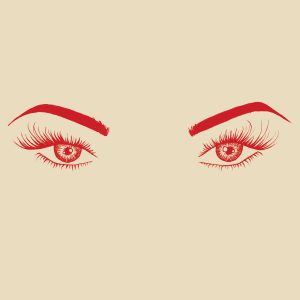 THE EDITED PRESS RELEASE: “Xiu Xiu makes beautiful music for hard times. Oh No, the group’s newest album, is an album of duets, with Jamie Stewart sharing the spotlight with an array of guests who have made an impact on him personally and musically. Sharon Van Etten’s tentative musings open the album, and from there vocalists from across the musical spectrum, including Circuit des Yeux’s Haley Fohr, Liz Harris, Alice Bag, Chelsea Wolfe, Owen Pallet and Twin Shadow’s George Lewis Jr., all drift into Xiu Xiu’s distinctive soundworld. Oh No was written and recorded in Xiu Xiu”s home studio in Los Angeles throughout 2019 and 2020, and produced by the band’s Angela Seo, experimental musician Lawrence English, and Deerhoof’s Greg Saunier, who also sings on the incisive, noise-laden song Goodbye For Good. The album was born out of anguish and isolation, but exists as it does because of a profound rediscovery of community and friendship. It is the sound of finding one’s place in the world after the destructive powers of jealousy and mistrust make any map seemingly unreadable.” 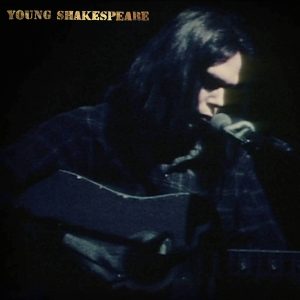 THE EDITED PRESS RELEASE: “Just two months after the release of his seminal After The Gold Rush, Neil Young sat down for a performance at The Shakespeare Theater on Jan. 22, 1971. The Stratford, CT show captures the artist stripped down to the bare essentials — acoustic guitar, piano, and harmonica. The concert was recorded for presentation on German TV later that year but was not publicly available until now. The original 50-year-old analog tapes have been lovingly restored, making available early acoustic recordings of two After The Gold Rush songs, early Harvest tunes, and beloved favorites such as Ohio, Cowgirl in the Sand, Helpless, Down by the River and Sugar Mountain. Young calls Young Shakespeare “a more calm performance, without the celebratory atmosphere of Massey Hall, captured live on 16mm. Young Shakespeare is a very special event. To my fans, I say this is the best ever …one of the most pure-sounding acoustic performances we have in the archive.”