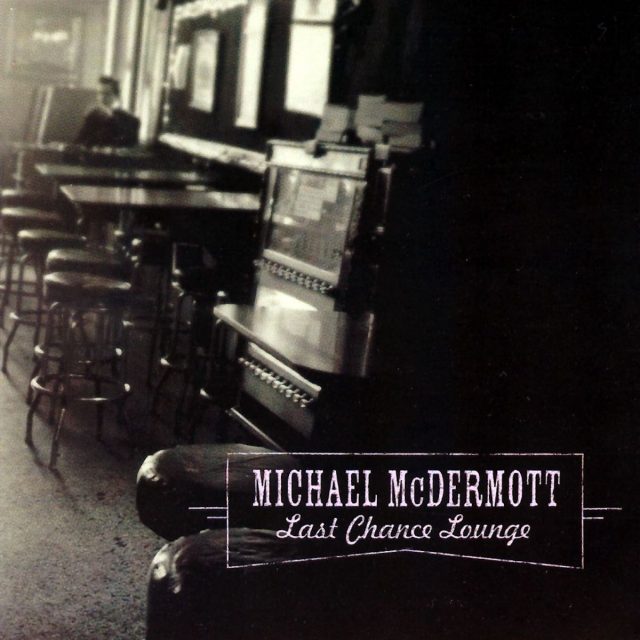 This album came out back in 2001. Here’s what I said about it then (with some minor editing):

An upturned hat on the sidewalk. An overflowing glass on an old wooden bar. Song titles like Bourbon Blue, Junkie Girl and Unemployed. A backing musician who goes by the name Henry Chinaski — one of late alkie writer Charles Bukowski’s most popular pseudonyms.

It’s easy to see the sort of urban-troubadour image Chicago singer-songwriter Michael McDermott is trying to create for himself with his fourth album Last Chance Lounge, a baker’s dozen tales of barflies, nighthawks at the diner and life on the nickel seen through the bottom of a bottle. Thing is, it would all fit more seamlessly if he weren’t so darn wholesome sounding. Instead of Tom Waits’ grizzled streetcorner serenades, songs like Broken Down Fence and Getting off the Dime are more musically indebted to the likes of early Bruce Springsteen and John Mellencamp. Which means that Last Chance Lounge goes down like a shot of Night Train — with a milk chaser.