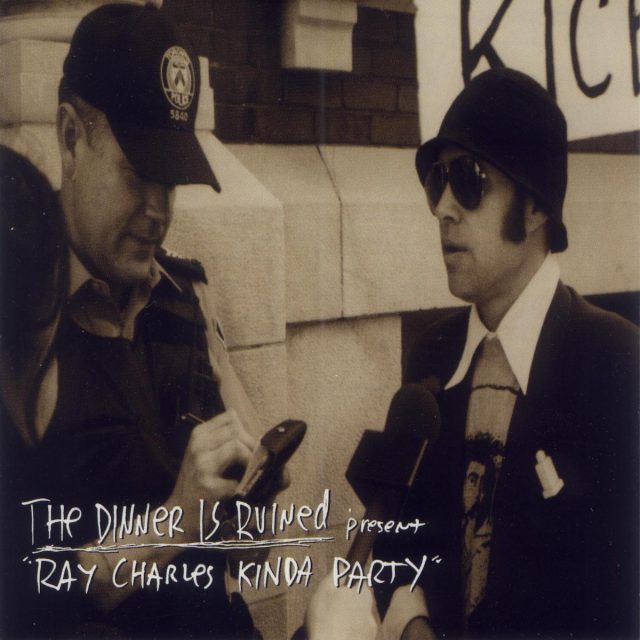 This album came out two decades ago. Here’s what I had to say about it back then (with some minor editing):

Toronto’s The Dinner is Ruined are the sort of band other bands love to hate. While most musicians spend years perfecting their playing and labouring to write songs, these doofus savants just seem to plug in, crank up and bash out whatever the hell pops into their heads — and still manage to toss off damn-near-perfect underground pop as easy as falling off a log.

That’s pretty much how it goes on their latest album Ray Charles Kinda Party. Sometimes, like on the absurd title cut and White Pigeon Boogaloo, it’s as stupidly greasy and dumbass funky as Jon Spencer. Sometimes, like during the booty-slapper Funk Assylum, it suggests Zappa’s Mothers jamming with P-Funk. Sometimes, like on the choogling Shave ’Em Dry Blues, it sounds like Iggy Pop covering an unreleased track from Exile on Main Street. Then along comes Old Grey House, and you’d swear you’re listening to Ray Davies covering one of Tom Waits’ grand weepers. But no matter who they remind you of, their basement-fi production and endearingly ramshackle performances on this sixth album give them a consistently identifiable sound all their own. So let all those other losers eat their hearts out and just keep playing that funky music, white boys. And keep inviting us to the party.