We are the thick of it now: Of the 500-plus titles arriving this week, a few dozen are from big-name major-label acts and prominent indie artists. Here are the ones at the top of my list: 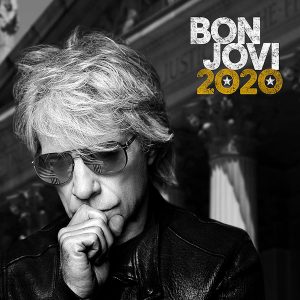 THE EDITED PRESS RELEASE: “Originally set for release on May 15, 2020 was a completed album with a breadth and depth of songwriting, titled for a challenging and pivotal election year. Along with all of America, Jon Bon Jovi found himself unexpectedly experiencing a world-altering coronavirus pandemic, followed quickly by the staggering events of George Floyd’s death and the ensuing national movement for racial equality. He knew there was even more to say about 2020. Writing from a home studio, two new songs were born: American Reckoning and Do What You Can encompass these events and made the album a complete body of work. “I am a witness to history,” said Jon Bon Jovi. “I believe the greatest gift of an artist is the ability to use their voice to speak to issues that move us.” 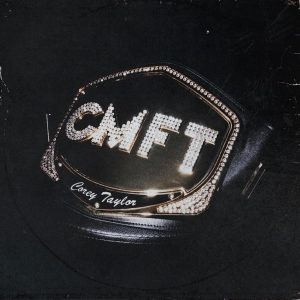 THE EDITED PRESS RELEASE: “CMFT has been a long time coming for Corey Taylor, with newly written tracks alongside some dating back to his teens. Recorded at Hideout Studio in Las Vegas, with producer Jay Ruston and his band — Christian Martucci [guitar], Zach Throne [guitar], Jason Christopher [bass] and Dustin Robert [drums] — the album traces a wild and exhilarating roadmap through Taylor’s musical psyche. HWY 666 kicks off the album barreling ahead with a devilish twang, while Silverfish peels back the layers of Taylor’s songwriting as acoustic guitars build to a highwire balance of hooks and heft. An ominous bass line gives way to pummeling wah-ed out guitars on Culture Head and the moving piano-driven Home offers a raw glimpse at Taylor’s immense vocal range.” 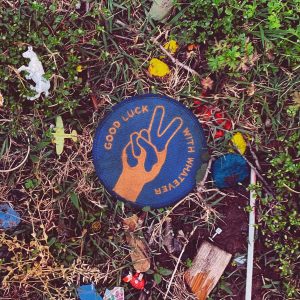 Dawes
Good Luck With Whatever

THE EDITED PRESS RELEASE: “Good Luck With Whatever follows a series of acclaimed self-released albums including 2013’s Stories Don’t End, 2015’s All Your Favorite Bands, 2016’s We’re All Gonna Die and 2018’s Passwords, all of which reached the top 10 or higher on rock, Americana and folk charts. From its first downbeat, the new LP sees Dawes frontman Taylor Goldsmith grappling with the expectations of adulthood on a remarkable cycle of new songs fueled by many of the same elements that first earned the band worldwide attention and applause — graceful melodies with kinetic riffs and intricate musical interplay.” 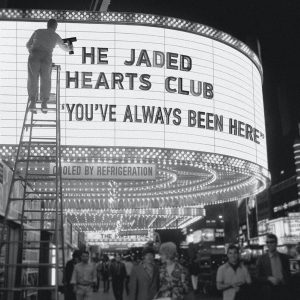 THE EDITED PRESS RELEASE: “The Jaded Hearts Club features frontmen Miles Kane (The Last Shadow Puppets) & Nic Cester (Jet), guitarists Graham Coxon (Blur) & Jamie Davis, Matt Bellamy (Muse) on bass and drummer Sean Payne (The Zutons). The band formed in 2017 when Davis wanted a Beatles band to play his birthday. “I knew a bunch of half-decent musician friends, so I asked if they’d form an early ’60s Beatles band. Everyone had such a good time that we decided to do it again.” Their second gig happened when Stella McCartney asked the band to play her fashion show, attended by an A-list crowd including Quincy Jones, Katy Perry, James Corden & Ringo Starr — along with Paul McCartney, who strolled on stage & led them through I Saw Her Standing There & Helter Skelter! Bellamy & Davis started working on an album, with Bellamy producing, focusing on lost Northern Soul classics, supplemented by their raw, soulful takes on some famous standards. Davis says: “We just love the story of how Northern England fell in love with American soul music even after it stopped having hits, and used that music to soundtrack a good night out.” Adds Bellamy: “Like jazz, which reinvents old songs, we are continuing the tradition of how bands like The Beatles & The Stones started out — finding great soul & blues standards & recording them in a more modern style.” 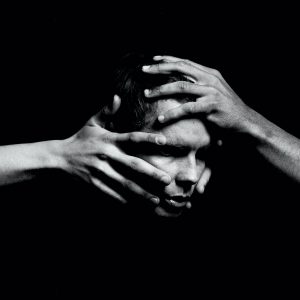 THE EDITED PRESS RELEASE: “Shiver is the exciting and beautiful second record from L.A.-based Icelandic musician Jónsi. Not too long ago Jónsi was traveling through London, where he met up with iconoclastic producer A.G. Cook, who he admired for his boundary-breaking work with the PC Music collective. He had no expectation for the meeting, but the more they talked, the more he realized they might be perfect collaborators. “I’ve been doing this for 30 years,” Jónsi says. “I get tired of everything really easily. I always want things to be fun and exciting and fresh, and doing another album … I just wanted to have a different approach.” Jónsi had made a career on sweeping music that plumbed the depths of the human experience and our connection to the natural world. Cook’s production exists at the opposite end of the spectrum: synthetic, sometimes abrasive, and often on the cutting edge of experimentalism. On paper, their collaboration is surprising, but Shiver is a beautiful record that pushes Jónsi’s otherworldly voice into startling new territories.” 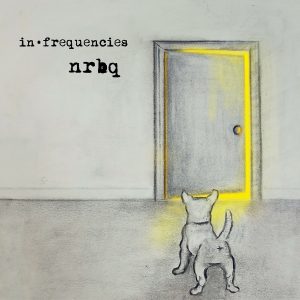 THE EDITED PRESS RELEASE: “The music goes ’round with love. It’s why this band means so much to so many.” In their over five-decade career, NRBQ have never played by the rules. Why should they? They’re the Q. While other artists may have supplemented their discography with rarities sets by this point in their career, In • Frequencies has the distinction of being the first-ever collection of NRBQ outtakes and rare tracks! Sure, there have been other odds ’n’ ends albums, but none before like this one. In • Frequencies is a journey with the Q through a different lens. A true, career-spanning collection, the album begins at the bands’ beginning, with a soundcheck recording from October of 1968 and travels all the way to recent days, including the first physical appearance of their 2018 digital EP track, April Showers (recorded for the 2018 film Change In The Air, with the late, great, Hal Willner as musical director). All but four tracks are previously unissued. Of the recordings that have previously escaped into the world, two made their debut on rare 45s. They are the NRBQ offshoot ‘mock’ group, Dickens, which provides the obscure 1970 single track, Sho’ Need Love (“We just put everything on 10 and went wild”), and Sourpuss, recorded in Memphis in 1974. The tracks are annotated with information, anecdotes and photos elaborating on the recordings made in studios, radio stations and stages across the country and the decades. In • Frequencies is a deep dive into why the band is a favorite of humans the world over and is a perfect compendium to their core studio albums and retrospectives you already love. No need to ask Kenneth the frequency, all of the magical sounds and majesty of America’s favorite band are on full display on In • Frequencies.” 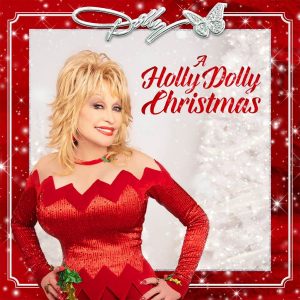 THE EDITED PRESS RELEASE: “2020 just got a little bit brighter: A Holly Dolly Christmas is coming. The upcoming holiday album is Dolly Parton’s first holiday album in 30 years. This festive collection of music includes some of the timeless Christmas songs we all know and love, as well as a few original tracks from Dolly. The album also features incredible duets with some of Dolly’s dearest friends including Michael Bublé, Billy Ray Cyrus, Miley Cyrus, Jimmy Fallon and Willie Nelson, plus a special song with her brother Randy Parton.” 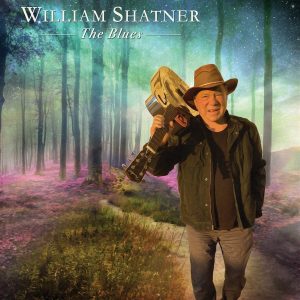 THE EDITED PRESS RELEASE: “Kurt Vile’s Speed, Sound, Lonely KV EP was recorded and mixed in sporadic sessions that spanned four years at The Butcher Shoppe studio in Nashville. It includes five songs — covers of John Prine and “Cowboy” Jack Clement as well as two originals — and was recorded alongside a cast of local heavies like Bobby Wood, Dave Roe, and Kenny Malone with Dan Auerbach (The Black Keys) and Matt Sweeney (Chavez, Superwolf) tossed into the mix as well. Most importantly, it features what KV has called “Probably the single most special musical moment in my life” — a duet with the late John Prine on the songwriter’s well-loved tune How Lucky. “The truth is John was my hero for a long time when he came into The Butcher Shoppe to recut one of his deepest classics with me. And, man, I was floating and flying and I couldn’t hear anything he told me while he was there till after he was gone for the night,” notes Vile in a personal statement that accompanies the record. “A couple nights later we were playing How Lucky together again; this time onstage at the Grand Ole Opry on New Year’s Eve at the turn of 2020. Nothing like seeing John and his band of musical brothers and family and friends playing into the new decade in front of an adoring audience on that stage in Nashville … and, yup, that’s just how lucky we all got that night.” 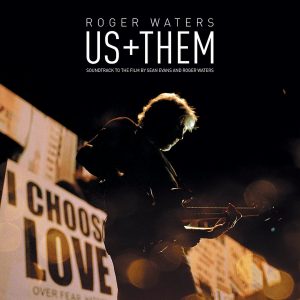 Roger Waters
Us + Them Live

ROGER WATERS: Us + Them is a film documenting Roger Waters’ acclaimed 2017-2018 tour. As the founding member, lyricist, composer and creative force behind Pink Floyd, Us + Them presents Waters’ powerful music in stunning form and highlights its message of human rights, liberty and love. Comprising a total of 156 shows to 2.3 million people across the globe, the tour featured classic songs from The Dark Side of the Moon, The Wall, Animals and Wish You Were Here, as well as his most recent album, Is This The Life We Really Want?” 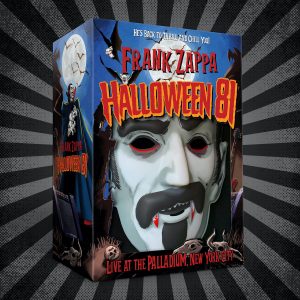 THE EDITED PRESS RELEASE: “Halloween 81: Live At The Palladium, New York City, recorded on Oct. 31, 1981 (two shows) and Nov. 1, 1981 (one show), is the next of the iconic Frank Zappa Halloween box set concerts. The box consists of six CDs containing three complete concerts featuring all tracks newly mixed from the original multi-track tapes, with 78 unreleased live tracks. Fans will be treated to a Count Frankula mask along with a red & black cape as well. This king-size offering also showcases a 52-page booklet with photos and new liner notes by touring bandmember Robert Martin, vaultmeister Joe Travers and fan-in-attendance Gary Titone.”