Home Read Features Back Stories | My 2010 Interview With Chrissie Hynde 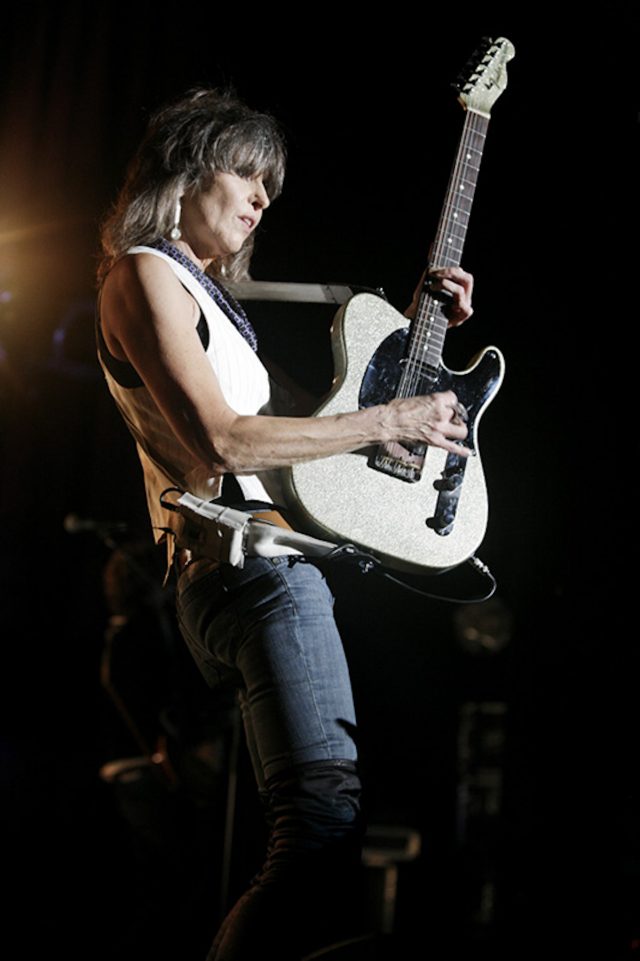 We’ve all said we have no intention of doing something or other — and then turned around and done it. Even Chrissie Hynde. Back when I interviewed The Pretenders’ founder in 2010 about their then-new Live in London DVD, she insisted she had no interest in writing a memoir. A few years later, of course, she published her unsurprisingly candid autobiography Reckless. So basically, I’m going to assume I’m the person who finally convinced her to do it. You’re welcome. Since Sept. 7 is her birthday, it seems like a good day to resurrect this interview. Here it is (slightly edited):

When she isn’t playing rock star, Pretenders leader Chrissie Hynde prefers to keep it real. “I don’t like to be in the limelight at all unless I’ve got a record and I’m on tour,” says the singer-guitarist from her London home. “I keep a real ordinary, low profile. In my neighbourhood here, I can’t imagine that anyone in my local shops has the faintest idea what I do. I’m just another one of the hoodies; I don’t really draw attention to myself.”

“It shows exactly what the live show was,” she says simply of the 90-minute film, produced and directed by Sudbury natives Pierre and Francois Lamoureux. “We don’t do costumes and makeup and all that stuff. We’re rough and ready.”
While strolling, Hynde took a few minutes to chat about her unmistakable voice, the memoir she’ll never write, and the horrors that occur in her drummer’s tour-bus bunk.

I presume you are approached fairly regularly by people who want to film you. Why did you say yes to this offer?
Actually, it was our idea that we film this one. The last three tours we did, we really enjoyed — the band was hot.

I have to agree. With no disrespect to anyone, this lineup might be the strongest you’ve had since the original group.
Oh, I think so. And everyone else says so. Every night on tour, there would be some woman in the front who would beg me to come over. And I finally would go over and she’d point to James and go, ‘Where did you find him?’ It happened almost every night. So I thought, well, if people like it that much, we should film it.

Were you happy with the results? It’s a pretty straightforward, warts-and-all document.
We didn’t go back in and fix anything. Frankly, we were so hung over the day we were supposed to watch it. We were in New York and I begged not to go, but my manager said, ‘You have to approve it.’ I think we were all feeling the same way. But about the third song in, we realized ‘Hey, this is pretty good.’ Normally, I wouldn’t watch myself if it wasn’t mandatory.

“I’ve never had any vocal training or coaching or lessons in how to sing right. Come on, it’s rock ’n’ roll! You can’t buy it in the shops or learn it in the school — at least, I f—ing hope you can’t.”

Do you never look at any of the old videos or footage?
Not if I don’t have to. I’m not one of those people who keeps pictures of the family on the refrigerator or anything. I don’t have gold records or press clippings around.

I love that the bonus footage is just several minutes of you all sleeping on the bus. But please tell me Martin doesn’t actually sleep in his clothes, clutching a gin bottle and muttering all night.
I would never go near his bunk to find out! But I fear that is a pretty accurate portrayal. On tour, Martin and Eric tend to be the last ones up. And I think gin features largely in those long nights.

Between the strength of the new band and Break up the Concrete, it almost sounds like you’ve come full circle. Do you feel that way?
I hadn’t really looked at it like that. To me it kind of goes up and down, wanes and retreats. If I have a band around me that’s rocking like those guys — when the chemistry’s right and the songs are right — it’s great. But you can’t get it right every time. So hopefully, by the end of the year, we’ll make another Pretenders album. 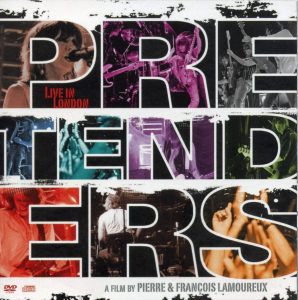 Your voice sounds as strong as ever. Do you take care of it?
I abuse the hell out of it and it keeps coming back for more. If I thought I was really losing it, I would do something. But I’ve never had any vocal training or coaching or lessons in how to sing right. Come on, it’s rock ’n’ roll! You can’t buy it in the shops or learn it in the school — at least, I f—ing hope you can’t. I try not to smoke, I try not to drink.

I notice you said you try.
Yeah. I’ve tried a lot of things more successfully. But I do back off once in a while.

You’re supposed to mellow out as you get older, but you seem to keep going in the opposite direction.
Oh, I’m much mellower than I used to be.

From the deaths at Kent State to the birth of British punk, you’ve been present at pivotal moments in history. Will you ever write a memoir?
That is weird! I have been present at a lot of pivotal events; I don’t know why. I was going to have a biography written, just so I wouldn’t have to keep repeating myself, but that didn’t work. Somebody told me people don’t want biographies, they want autobiographies. And I never really wanted a book about myself. I don’t know if it’s such an interesting story. I’m over it, myself.

It seems like a pretty interesting read from this vantage point.
Well, I don’t think that any kind of an autobiography or a biography is interesting without philosophy in it. It can’t just be, ‘And then we put a hi-hat on the track,’ or ‘And then he punched me in the nose.’ I think the person involved has to have some overview of what it’s all about. And I think I’m too entangled in my activities at the moment to look at it that objectively.

“Fellas, get the kettle on; we’re not far behind.”
When Chrissie Hynde says that midway through The Pretenders’ new Live in London DVD, she’s not giving orders to a roadie. She’s giving a shout-out to her fallen bandmates: Guitarist James Honeyman-Scott and bassist Pete Farndon.
The pair formed the band’s original lineup with Hynde and drummer Martin Chambers back in 1978, only to perish within a year of each other from drug use. Ironically, Honeyman-Scott’s 1982 death from a cocaine-induced heart attack came just days after Farndon (Hynde’s ex-lover) had been sacked from the band for his drug use, which culminated in a fatal heroin overdose in 1983.
More than 25 years down the road, Hynde still pays tribute to her original bandmates every chance she gets. In fact, at the group’s 2005 induction into the Rock and Roll Hall of Fame, she admitted The Pretenders “have looked like a tribute band for the last 20 years. And actually they are a tribute band. We’re paying tribute to James Honeyman-Scott and Pete Farndon, without whom we wouldn’t be here. And on the other hand, without us, they might have been here.”
But even she acknowledges they might not all be together anymore.
“I suspect we probably would have stopped working together and then got back together intermittently,” she says, “because Jimmy always wanted to go off and play with other guitar players all the time. So who knows how it would have panned out? But I certainly commemorate them at all times.
“It was our sound. We kind of came up with it together. And of course, they’re sadly missed. I think Jimmy was really one of the last great guitar heroes. And he died when he was 25. I don’t know what impact he would have today.”