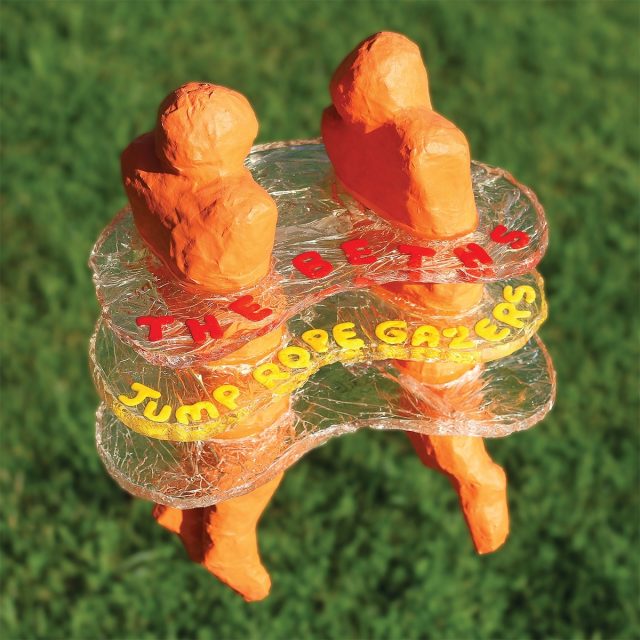 I’ve never been a big fan of artists who write about how tough it is to be a touring musician. But in this case of New Zealand’s The Beths and their homesick sophomore album Jump Rope Gazers, I’m willing to make an exception. Solely because of the fact that between singer-guitarist Elizabeth Stokes’ dulcet tones and fluid melodies, and the band’s buoyantly zippy songs, they manage to sound a little like Joni Mitchell fronting a scrappy pop-punk quartet. I don’t know about you, but I don’t come across that too often in my travels.

THE PRESS RELEASE: “Everything changed for The Beths when they released their debut album, Future Me Hates Me, in 2018. The indie-rock band had long been nurtured within Auckland, New Zealand’s tight-knit music scene, working full-time during the day and playing music with friends after hours. Full of uptempo pop rock songs with bright, indelible hooks, the LP garnered them critical acclaim, and they set out for their first string of shows overseas. They quit their jobs, said goodbye to their hometown, and devoted themselves entirely to performing across North America and Europe. They found themselves playing to crowds of devoted fans and opening for acts like Pixies and Death Cab for Cutie. Almost instantly, The Beths turned from a passion project into a full-time career in music. Songwriter and lead vocalist Elizabeth Stokes worked on what would become The Beths’ second LP, Jump Rope Gazers, in between these intense periods of touring. Like the group’s earlier music, the album tackles themes of anxiety and self-doubt with effervescent power pop choruses and rousing backup vocals, zeroing in on the communality and catharsis that can come from sharing stressful situations with some of your best friends. Stokes’s writing on Jump Rope Gazers grapples with the uneasy proposition of leaving everything and everyone you know behind on another continent, chasing your dreams while struggling to stay close with loved ones back home. “If you’re at a certain age, all your friends scatter to the four winds,” Stokes says. “We did the same thing. When you’re home, you miss everybody, and when you’re away, you miss everybody. We were just missing people all the time. It was a rough year in general, and I found myself saying the words, ‘wish you were here, wish I was there,’ over and over again.”