It’s a good week for fans of roots music, thanks to a fiery new disc from the incredible Will Hoge, the return of the reclusive Greg Copeland and more. No hats, boots, pickup trucks or Confederate flags required. 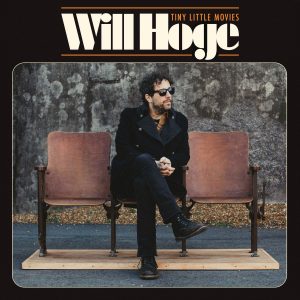 THE PRESS RELEASE: “For two decades, Will Hoge has carried the torch for American rock & roll, carving out his own blue-collar sound rooted in amplified guitars, melodic hooks, southern soul, and rootsy stomp. It’s a sound that nods to the best moments of the past-the punch of Tom Petty’s anthems; the countrified twang of Buck Owens’ singing; the raw, greasy cool of The Rolling Stones — while still pushing forward into new territory with Hoge’s storytelling and larger-than-life voice leading the charge on his new self-produced album Tiny Little Movies. “There’s a classic, rock & roll centerpiece to everything this band does, but it’s still a group of four different people, and we all bring different influences to the table,” says Hoge, who turned to Grammy-winning producer/engineer Matt Ross-Spang (Jason Isbell, Margo Price, Lori McKenna) to mix the album at Sam Phillips Recording. “We’ve got a metalhead in the group. We’ve got a Motown fan. We’ve got a guitarist who loves Johnny Marr. It’s a unique hodgepodge of sounds coming together, and we tried to accentuate that.” 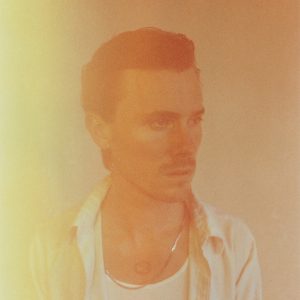 THE PRESS RELEASE: “When Ryan Gustafson finished recording Transmigration Blues, his fourth and best album under the name The Dead Tongues, in the summer of 2019, he slumped into a month-long haze of depression. For two decades, Gustafson — a preternaturally sensitive soul, interested in the mystic but grounded by his love of quiet woods and open deserts — had made many albums under assorted guises. This one however had left him wounded, momentarily empty. Here, Gustafson built words and songs of intense emotional reckoning. He wrestled with relationships that failed spectacularly. He contemplated growing up in and then apart from a devoted religious household. He surveyed the damage of living hard in his 20s, partying in the back of vans as he prowled the interstates of the United States, reckless and free. Working through this baggage was daunting, Gustafson admits, but he’s better for having sorted through it, having pulled it from his body at last. Transmigration Blues gets to the idiosyncratic heart and unorthodox past of Gustafson, who lives the contemplative rural life about which many of his peers simply sing. In this stark moment of uncertainty, The Dead Tongues’ hymns to understanding your past and finding renewal in the changing seasons are more vital than Gustafson might have ever imagined. At a time when admitting that most of us are doing the very best we can seems revolutionary, Transmigration Blues is a welcome statement of radical acceptance.” 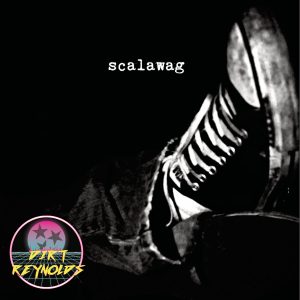 THE PRESS RELEASE: “The American South can be a fraught subject. Enter Louisiana-native Chris Watts, musically known as Dirt Reynolds. Watts recently developed his blue-collar rocker alias to help himself and others better understand the patchwork of conflict and beauty he’s proud to call home (and to duck alarming web searches pointing to a Colorado murderer). His debut album Scalawag combines blistering twang with broke-but-not-broken characters to illustrate the truth and the lies The South tells to itself and others. “I grew up in a very conservative Christian household in the Deep South. When you’re young you just assume everyone is that way. Then you get older and go out into the world and experience different cultures and you start to see injustice and you start to become more self-aware in the process. This album helped me reconcile that.” A former troublemaker raised in central Louisiana (dubbed Cenla), he was stabbed in a bar and shot in the New Orleans SuperDome while on Katrina duty for the Louisiana National Guard. His love of language and fascination with Louisiana politics led him to college degrees in journalism and political science. As a childhood fan of Mark Twain, he grew to love the writers who defined the South, from Flannery O’Connor to Willie Morris. Watts moved to Nashville in 2013 where he began honing his craft inside the honky-tonks of Music City’s notorious Broadway Ave. Snoop Dogg, The Gin Blossoms and Sammy Kershaw have all shared their stages with him, and his songs have appeared on acclaimed U.S. terrestrial radio stations, including WWOZ New Orleans and WSM Nashville, home of the Grand Ole Opry.” 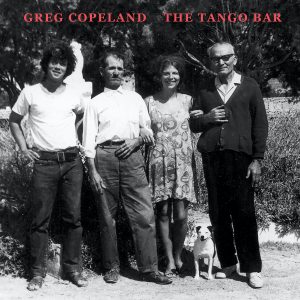 THE PRESS RELEASE: “At the age of 74, Greg Copeland has emerged from the shadow of his long time friend, Jackson Browne. In The Tango Bar, Copeland has found his own style somewhere between Jason Isbell and Joe Henry, and he has earned his own place among America’s contemporary songwriters. Featuring beautiful vocals by Inara George and Caitlin Canty, and brought to life by an extraordinary group of musicians led by Tyler Chester and Greg Leisz, these are the best songs of Copeland’s career. His debut album, Revenge Will Come (1982), attracted a startling amount of attention during the wars between soft rock and punk, and appeared onyear end top 10 lists. His label’s complete lack of interest caused him to quit the music business for nearly 20 years. Then, in 2000, as he says, ”like someone flipped a switch”, songs began to reappear and in 2008 he released his second album, Diana and James. The making of that record, beautifully arranged and produced by Greg Leisz, led him to a stripped down style that is both warm and a bit unsettling, with lyrics that could stand with anyone’s. The cover photo of The Tango Bar shows Copeland at the age of 22 with Pamela Polland, his then-wife, and two strangers who happened to be passing by. He chose this photo because he is now the same age as those other two men, so for him the photo is like a kind of time travel. This album is about time and the friction we feel as it passes.” 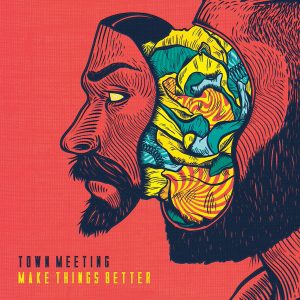 THE PRESS RELEASE: “Winner of the New England Music Award for Roots Act of the Year, Boston-based Town Meeting return with their third album, Make Things Better, a rollicking, melodic, foot tapping good time, dripping with harmonies and insightful songs that call to mind the best of The Band, Wilco and Drive-By Truckers. Comprised of brothers Luke Condon (vocals, guitar), Russ Condon (vocals, drums), and Brendan “Babe” Condon (vocals, harmonica, percussion), along with Tim Cackett (mandolin, lead guitar, vocals), and Derek Fimbel (bass, banjo, vocals), the quintet have quickly become a rising force on the indie folk / roots rock scene. Formed in 2013 in Ayer, Massachusetts, Town Meeting combine their love of ’60s folk music with the raw, unbridled energy of punk rock. On the new 10-song opus, Town Meeting lace every song with an infectious energy born from camaraderie. This town meeting is the equivalent of a political rally united by a common cause, to put life’s trumpery on pause.”