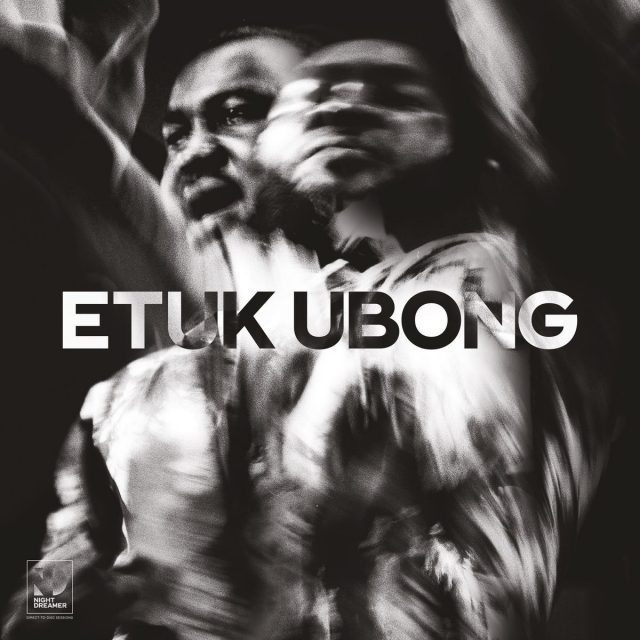 What’s more impressive than an album that delivers a colourfully dynamic, urgently driving and lyrically topical hybrid of Afrobeat, Highlife and more — as performed by crack band fronted by a Nigerian singer and trumpeter who comes off as a less-angry Fela Kuti? An album with all of those attributes that was recorded direct-to-disc in the studio in one live sitting. From the punchy horns and complex, vigorous grooves to the burbling organ and chanted call-and-response vocals, Africa Today actually spans past and present, while boding well for the future. Get up and dance. Like you have a choice.

THE PRESS RELEASE: “Hailed by none other than Seun Kuti as “one of the best things to come out of Lagos”, Nigerian trumpeter, composer and bandleader Etuk Ubong has developed an original style he calls Earth Music. Weaving together a unique combination of not only Afrobeat, Highlife and jazz, but also the ritualistic drumming of Ekombi, the result is urgent and highly energetic, yet spiritual; his compositions reflecting his heritage and life philosophy of goodwill, peace and love for humanity. Ubong’s music is so vibrant and propulsive that one can easily make comparisons with leading lights of the UK scene, such as the Shabaka Hutchings-led Sons of Kemet, but at the same time it is distinctly Nigerian. Ubong was invited by Night Dreamer to record at Haarlem’s Artone Studio, home to an enviable collection of vintage mastering and recording equipment and situated right above a pressing plant. He assembled an international ensemble of the highest calibre to record his compositions direct-to-disc, avoiding the interference created by widely adopted recording techniques and capturing his enigmatic live performance in its most natural and explosive form. Ubong is joined by another Lagos-based musician, Michael Awosogo, also on trumpet, and a hand-picked group of UK and Netherlands-based musicians who finally after an impromptu show the night before, recorded the whole album in just one sitting on the last day of the five-day session.”