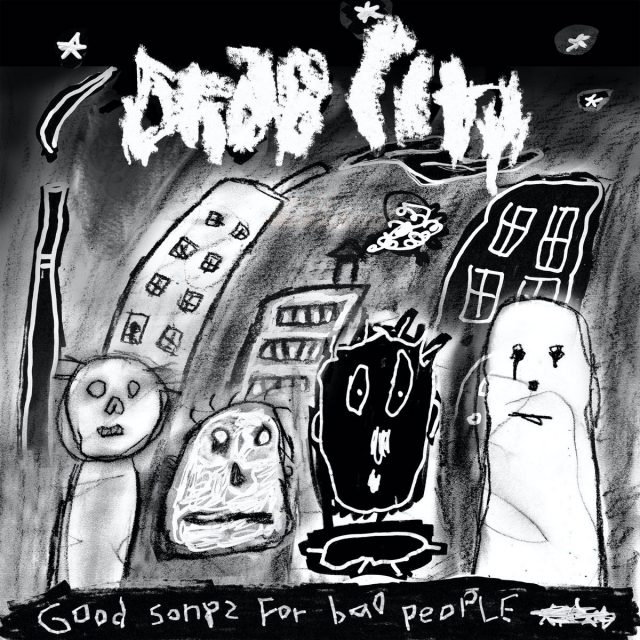 Speaking of people, let’s start there: Drab City is the latest collaboration between oOoOO’s Christopher Dexter Greenspan and Islamiq Grrrls’ Asia (the duo previously released the album Faminine Mystique under their own names). And if you’re even passingly familiar with either of their catalogues, you probably have some sense of what you’re in for on their first official release under their new handle: Dreamy indie-pop with gently drifting female vocals, low-impact electronics and jazz-funk guitars, some smeary textures and a vaguely nostalgic vibe that draws on everything from doo-wop and trip-hop to shoegaze. It’s all good. And near as I can tell, you don’t need to be bad to appreciate it. Though it probably doesn’t hurt.

THE PRESS RELEASE: “A heady air of dislocation envelops Drab City’s debut album, where songs of innocence and experience merge with dub, hip-hop, dream-pop and jazzy soundtrack vibes to intoxicating effect. Drab City are fixated on social alienation, violent revenge, and (perhaps) romantic love as salvation; topics not new in music, but listening to Drab City in 2020, one is struck by how uncommon they’ve become. Lyrically, these songs often project punkish angst and resentment. Working For the Men is a degraded service worker’s revenge ballad, imagining male tormenters brought to a violent end. Hand On My Pocket tells of a destitute, wandering youth. One night she meets a stranger on a desert road, and is told of a nearby city where a soft, rich citizenry make easy targets. Class war is palpable. Other songs are more opaque, but seem to speak of being the black sheep of the family, or being weighed down by the dullness of hometown life. Yet the casual listener might not notice the violence as the music itself is far from abrasive. Dreamy and ethereal, a foundation of flute, vibraphone, and jazzy guitar chord melody can switch to drum machines or funk-inflected girl-group pop at a moment’s notice. It’s a flurry of 20th century references, combining and recombining at such a schizophrenic pace, the overall effect is something that could only be conjured in our frenzied present. At once catchy and unfamiliar, the melodic, welcoming soundscapes are a Trojan horse for the band’s antisocial outlook.”