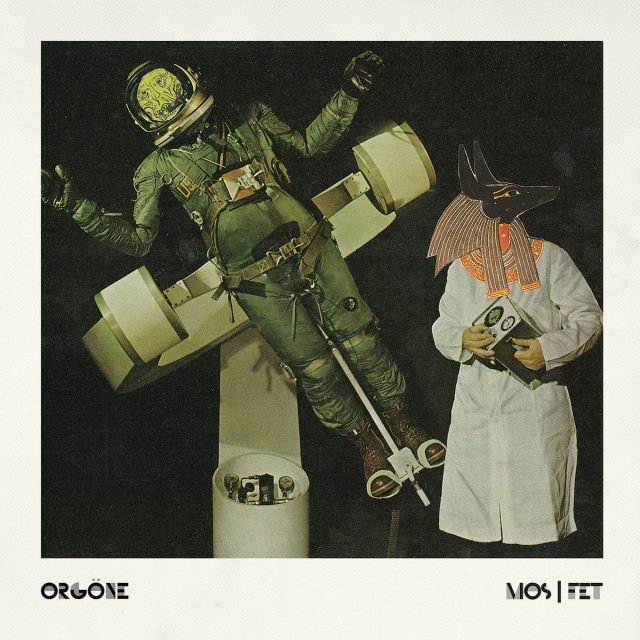 Got 20 minutes or so to spare? Good. That will give you just enough time to listen to the opening (or the closing) track from these French psychedelic space-rockers’ double-length, double-strength debut Mos/Fet. But fear not; you won’t be checking your watch. Unlike some contemporaries whose improvisations veer dangerously toward self-indulgent noodling, Orgöne keep things progressing and moving along as they arc-weld massive power-chord guitar riffs, primal drums, swirling organs and big-lunged female vocals into songs that blast off into the stratosphere while simultaneously burrowing into the center of your mind. Come along if you dare.

THE PRESS RELEASE: “2015 saw the meeting of Nick Le Cave (bass) and Marlen Stahl (guitar), veterans of numerous Indie-Rock, Free Rock and Rock In Opposition/Avant-Garde french bands. Together with Mat La Rossa on drums, they decided to create a backto-basics rock band, in their hometown of Rennes (Brittany). This led to the birth of Orgöne in 2016, with the arrival of the wild French-Polish Olga Rostropovitch on lead voice. Orgöne began to experiment and to explore many territories, mixing stoogian rock, noise-rock, krautrock motorik tracks, long improvs … Those experiments led to a specific sound tainted more and more with psychedelic textures, space rock and noise elements, with progish hints. Then in 2018, the departure of La Rossa, who disagreed with the idea of long, epic tracks led to a radical but natural change : with the arrival of Allan Barbarian on drums and Tom Angelo on keyboards (both are also playing with the stoner band Djiin, who shared the stage with Orgöne), the band went almost back to zero and was then able to focus on long Suites, with movements, in a prog-rock way, allowing the band to mix elements of tribal, arabic sounds, motorik rythms, organic space rock wall of sound and much more, in a very specific way. Mos/Fet, their first double album, reflects all those experiments, in 80 epic minutes.”