If there was ever a sentiment befitting the times, it’s the one contained in Juno and CFMA-nominated singer-songwriter Craig Cardiff’s cozy video for the song To Be Safe, Loved & Home — showcasing today on Tinnitist.

Recognizing the song’s relevance to our current reality — even though it was written and first released several years ago — Cardiff recently asked his fans to share videos of themselves acting out signs for safe, loved and home (pictured below), as they’ve been when he performs the tune in concert. For each submission, Craig’s label True North Records has contributed $50 to the Unison Benevolent Fund, an organization that provides financial support to musicians and music industry people facing economic hardship. 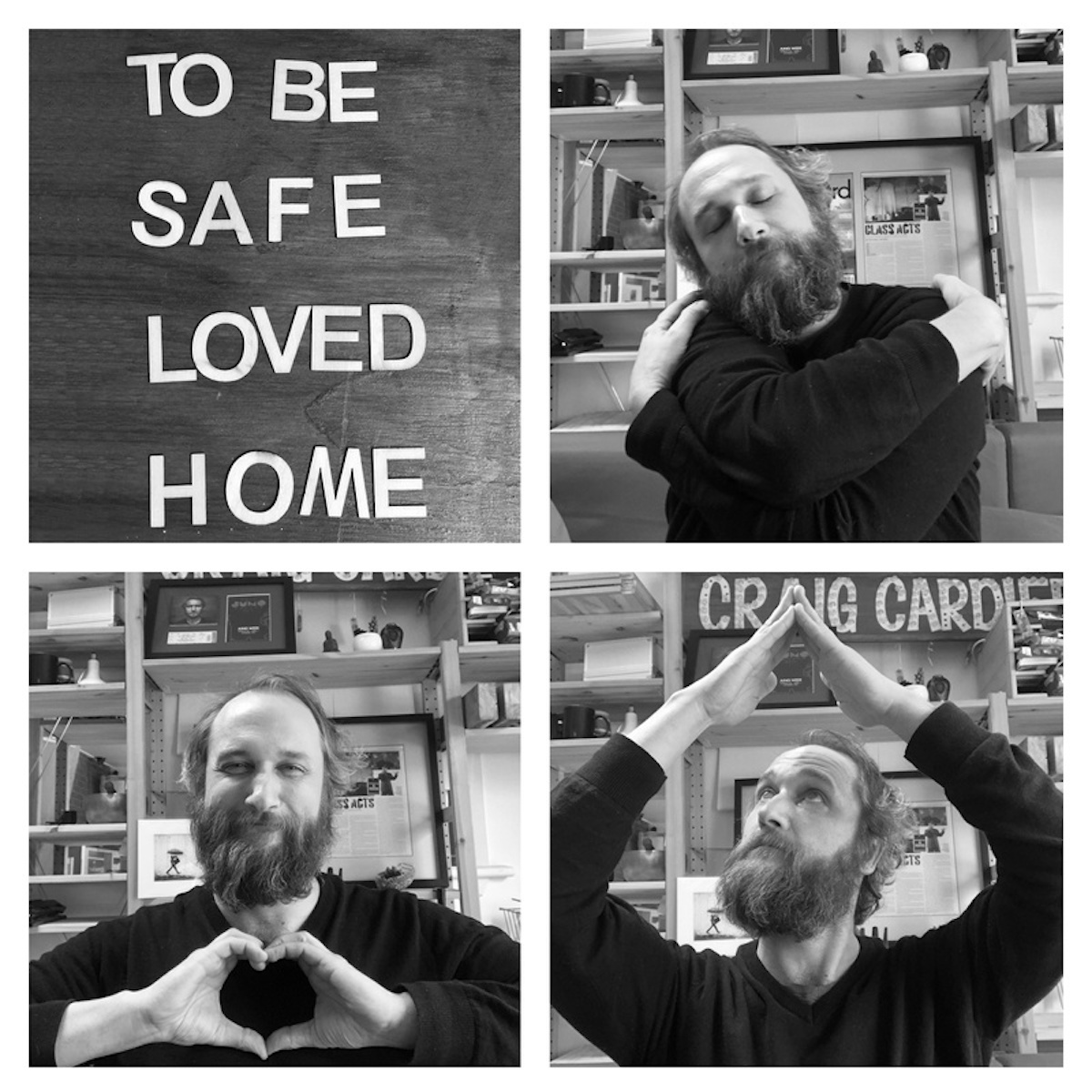 It’s no surprise that Cardiff would rise to today’s uncertain times in such a thoughtful, inviting way. For almost a decade, the Waterloo, Ont. artist — dubbed a “songwriter who needs to be heard” by none other than by Gordon Lightfoot — has passed around a notebook titled Book of Truths during shows, encouraging the audience to write and share a story, a confession, a hope or a secret they might be afraid to say out loud. As a result, Cardiff often finds himself responding by writing songs that offer glimmers of hope for people to hold onto. To Be Safe, Loved & Home — especially during the time of COVID-19 — lands no differently.

Cardiff’s growing library of music has been streamed more than 100 million times and heard on the award-winning series This Is Us. He has played with and opened for artists such as Justin Nozuka, Glen Phillips, Lucy Kaplansky, Dan Bern, Natalia Zukerman, Andy Stochansky, Sarah Harmer, Kathleen Edwards, Blue Rodeo, Gordon Downie, Hawksley Workman, Sarah Slean, Skydiggers, 54-40, and more. Nominations for a Juno Award (Roots and Traditional Album of the Year: Solo) and Canadian Folk Music Award (Contemporary Singer of the Year) round off a growing list of workshops and talks at schools, camps, festivals, and churches throughout North America and Hong Kong.