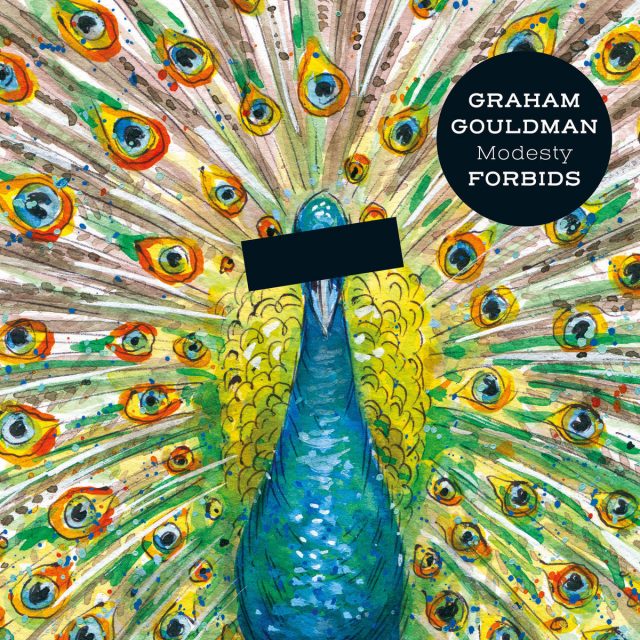 THE PRESS RELEASE: Modesty Forbids is Graham Gouldman’s first album in eight years, the fifth album of his solo career. With Graham’s 10cc tours enjoying ever-increasing success around the world in recent years, in 2018 he was invited by former Beatles’ drummer Ringo Starr to join his All Starr Band for tours of Europe and the USA, during which the band played three 10cc songs, elevating Graham’s profile yet further. That relationship continues, with Ringo making a very special guest appearance on Modesty Forbids, playing drums on a song called Standing Next To Me. The album’s eclectic mix of song styles includes swing (something Graham’s never tried before), the blues and gospel is something he hopes everybody enjoys as much as he did making the album. Graham said, “I can’t begin to tell you what a pleasure it was making Modesty Forbids and to be able to work with so many fine musicians. When listening back to the album I realise that there are two recurring themes. One is about climate change awareness and the other is a call for ‘peace and love’. These two subjects may be clichés, but I don’t care – as long as we take action on the first and practice the second we’ll all be ok.”

MY TWO CENTS: It would be nigh on impossible for Gouldman to write songs that could compete with the immortal masterpieces he created and crafted back in his 10cc days. So, he very wisely doesn’t even bother trying to do so here. Instead, he crafts a slate of sweetly earnest, thoughtful and down-to-earth pop fare. Music by grownups for grownups. If not art for art’s sake.