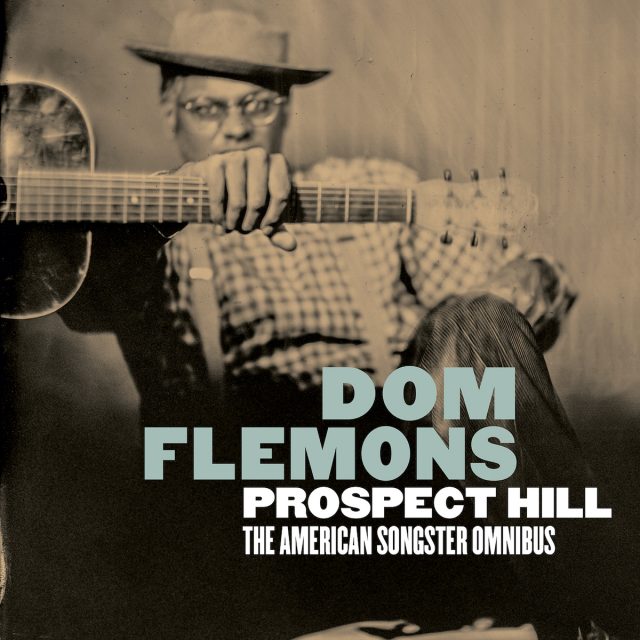 THE PRESS RELEASE: “Grammy winner and two-time Emmy nominee Dom Flemons is known as The American Songster. He’s a songwriter, multi-instrumentalist, producer, actor, music scholar, historian, and record collector. He is considered an expert player on the banjo, fife, guitar, harmonica, jug, percussion, quills, and rhythm bones. A co-founder of the Grammy-winning Carolina Chocolate Drops, Flemons was a member of the group from their inception in 2005 through 2013. As a solo artist beginning in 2014, he has performed at prestigious venues all around the world. His third solo album, Prospect Hill, was released in 2014 after Flemons spent many years learning and playing with tradition bearers such as Marty Stuart, Taj Mahal, Guy Davis, Mike Seeger, and James “Boot” Hanks, among many others. After spending decades listening to a variety of vinyl records, 78s and CDs, Flemons took these musical influences and transformed them into an album that redefined The American Songster. In 2020, this seminal release returns in an amazing expanded edition. Prospect Hill: The American Songster Omnibus is a two-CD and digital collection containing a three-part journey: The original Prospect Hill album; the 2015 Record Store Day nine-track EP What Got Over; and a third section, The Drum Major Instinct, a set of 12 previously unissued instrumental tracks that focus on moods, rhythm experimentations, and “the beats.” The two albums serve as a comprehensive overview of Flemons’ repertoire, which spans over 100 years and bridges the gaps among blues, country, jazz, bluegrass, folk, and hip-hop beats. Flemons has recorded original songs and instrumental tracks that paint a mosaic of American music ranging from the songsters of the 1920s to the present.”

MY TWO CENTS: If you missed this album the first time around — and unless you’re a giant fan of Flemons, Carolina Chocolate Drops or old-timey music in general, you probably did — now’s your chance to fill that hole in your collection with this superbly rendered, brilliantly eclectic musical travelogue. It’s kind of like sitting through a folk festival, a bluegrass hootenanny and a blues jam in the space of 90 minutes.