We have a record wall at my house — near the entranceway, in our music room. There’s 11 little shelves to hold an album, and we try to change it up every week or so with a new theme.

I was working on a new theme involving historical photographs used as album covers when I stopped to ponder the cover of Led Zeppelin II. We all know the cover of their debut earlier the same year — a George Hardie-illustrated depiction of the famous photo of the Hindenberg disaster. But, what’s going on with the second cover? Seems like an old photo, but it’s got the band in it and — who is that woman?

It’s a manual Photoshop, pre-digital cut & paste masterpiece, is what it is.

The artist, David Juniper, started with a snapshot of Jasta 11 — a rather famous group of First World War pilots from Germany. The most-famous, in fact — it was Baron Manfred von Richthofen’s Flying Circus. Juniper just edited out the Red Baron from the image. In the actual photograph, he’s shown sitting in the cockpit of his plane behind the assembled group. 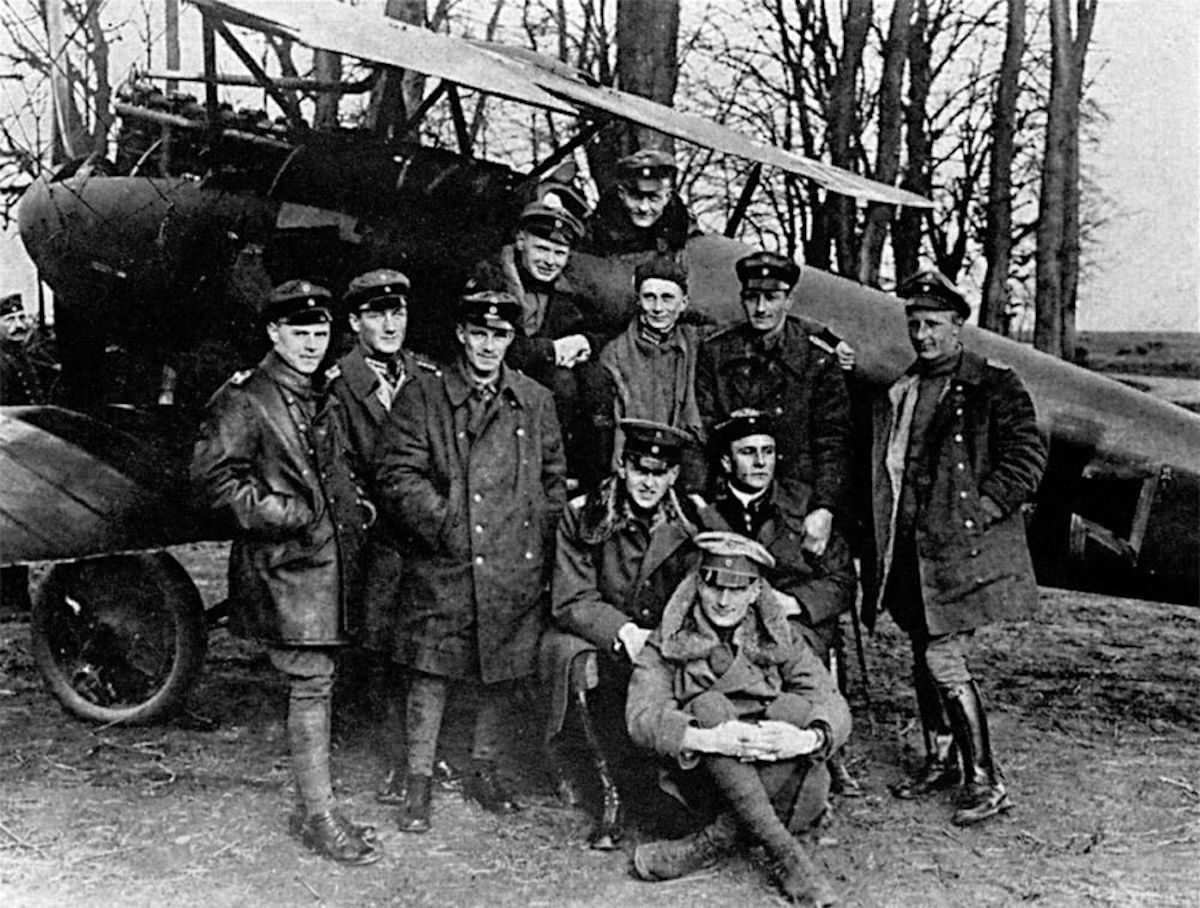 That leaves 10 people in the image, and once Juniper added the heads of the four Zeppelin members from a current press photo — Fun fact: The man seated on the ground with John Paul Jones‘ face pasted on is Lothar von Richthofen, the Red Baron‘s brother — that left six others to alter:

• Jimmy Page asked to have Blind Willie Johnson be added, but nobody really knows if the man second from left is him or Miles Davis. Juniper can’t remember.

• John Bonham‘s head was added to the man standing on the right, but next to him is astronaut Frank Borman. Borman was the commander of Apollo 8, which was the first mission to go around the moon. He’s the oldest surviving American astronaut — 94! But, here’s the thing: Juniper thought he was using the more-famous Neil Armstrong, the first man on the moon. This feat, of course, happened just months prior to the album’s release. So, one could safely guess it happened around the time Juniper was actually working on the design. He just got the wrong astronaut.

• Juniper also doesn’t know who the woman is. One strong bet is she’s the actress Glynis Johns, which would be funny because Glyn Johns engineered the album, and was basically co-producer. She’s also still alive! 98 years old. She was the mom in Mary Poppins, which came out five years earlier. Two years before Led Zeppelin II, she was Lady Penelope Peasoup in the Adam West Batman series.

• The guy next to Johns, in the artist-added sunglasses, is Zeppelin manager Peter Grant, whose distinctive bald head was hidden by an artist-added hat.

• The man on the far left, also in artist-added sunglasses and hat, is Zeppelin road manager Richard Cole. If you’ve ever read Hammer Of The Gods, you know who Cole was. He just died last year.

• That leaves the guy between maybe-Blind Willie and Peter Grant. Who is he? Looking at the album cover and the original snapshot, it seems to me that it’s just the actual German pilot, with an added beard. After quite a lot of looking through archival photos, I’m fairly certain it’s Deputy Sergeant Sebastian Festner. He was killed in action on April 25, 1917, near Oppy, France — less than a month after this March 31, 1917 photo was taken.

“Sail away, leave today / Way up high in the sky.” 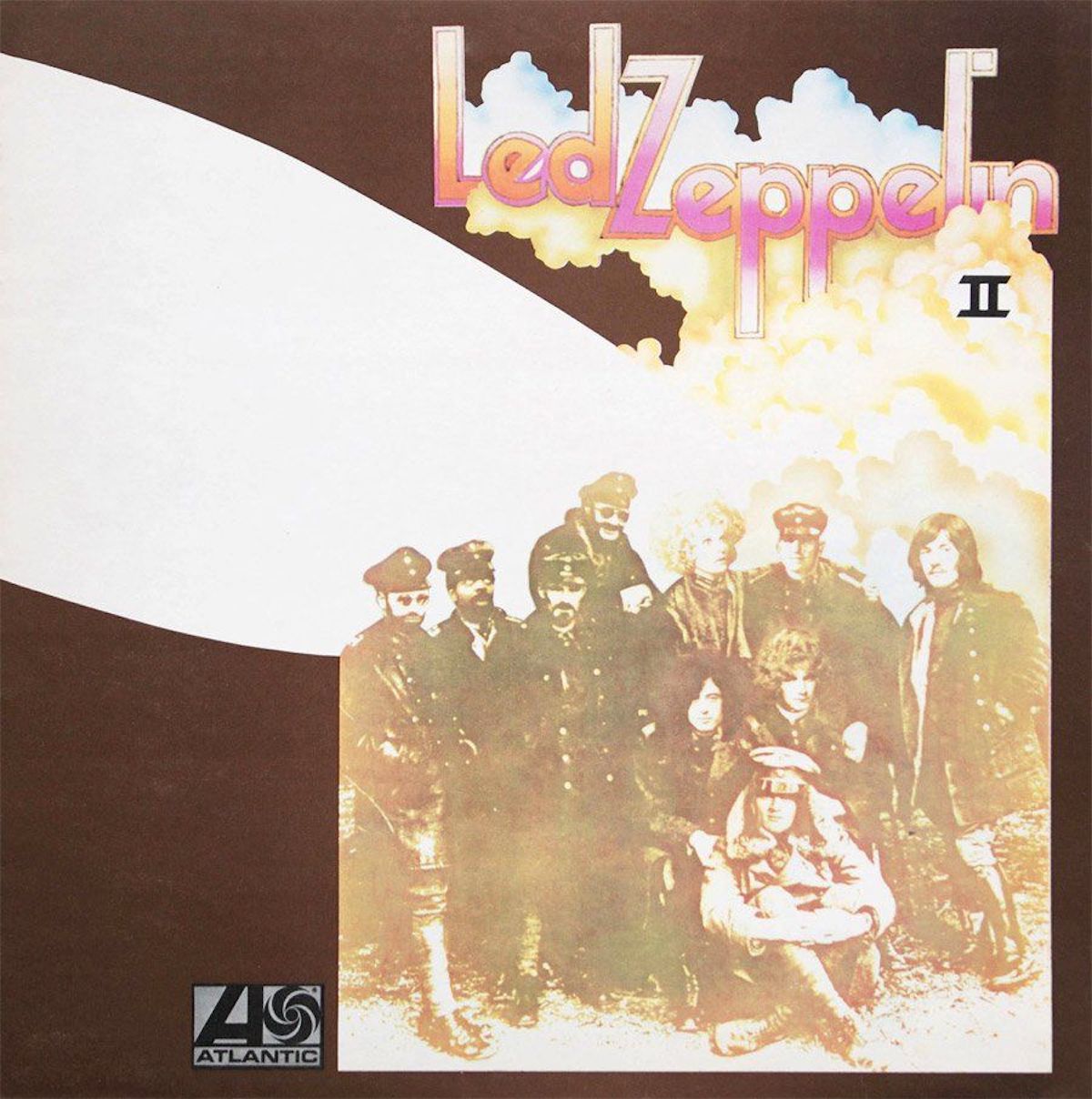