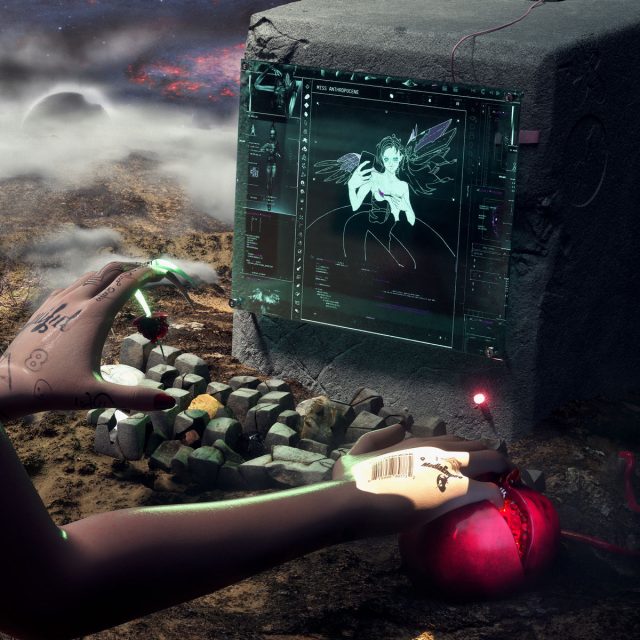 It’s not easy being Grimes. Oh sure, she’s famous and talented and beloved and all that. Plus, she’s apparently preggers with Elon Musk’s baby, which means a) She never has to think about working ever again, and b) In a couple of decades, she’ll most likely be the immortal cyborg queen of Mars while the rest of us are choking on the toxic air and battling to the death over rat corpses. Even so, life is not quite perfect for the former Claire Boucher. First off, that relationship with the world’s richest nerd (and worst dancer) hasn’t exactly done wonders for her reputation. And second, it seems her fifth album Miss Anthropocene didn’t exactly go over gangbusters with her record label when she first unveiled it in 2017. Maybe it had to do with the backstory: Miss Anthropocene is supposedly a concept album in which climate change is an evil goddess who presides over the end of the world (before decamping to Mars with her Musk baby, one assumes). After hearing that load of ponderously pretentious piffle, it’s not hard to imagine executives rolling their eyes and backing away. Same goes for consumers. But really, everybody should just relax. You don’t need to buy the overblown premise to appreciate Miss Anthropocene — mainly because it’s not nearly as heavy-handed as the hype would suggest. Perhaps some of it got diluted or stripped out during the time Grimes spent recutting some tracks and rejigging others. Or perhaps it was just a half-baked idea to begin with. Either way, only a few numbers actually seem obsessed with cataclysm and annihilation. A lot of the disc seems to have more to do with Grimes’ public image and personal life. Whatever the inspiration, it’s all voiced in her soaring, ethereally detached tones, and set atop her dark post-modern fusion of electronica, art-pop and industrial sonics. If you’re already a fan, it’s undoubtedly well worth the wait. If you’re not, you’re probably wondering what all the fuss is about. Either way, these doom-laded ditties should make a decent soundtrack to the impending apocalypse. Are you gonna finish that rat or what?