Home Read Squarepusher | Be Up A Hello 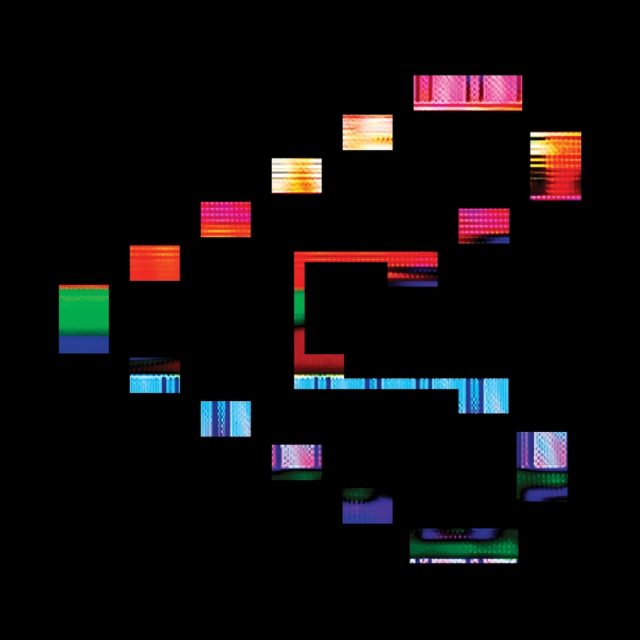 WHO IS THIS? The musical alter-ego / nom de knobtwiddling of venerated veteran British electronica experimentor and IDM innovator Tom Jenkinson. Though it’s not his only secret identity; over the course of the past 25 years or so, Jenkinson has also gone by Chaos A.D., Shobaleader One and, for some inexplicable reason, his own far-less-exciting name.

WHAT IS THIS? His 15th full-length and first Squarepusher release since 2015’s Damogen Furies.

WHAT DOES IT SOUND LIKE? Your old computers, video games, fax machines, modems and other electronics getting wired and jabbering at each other all night long. Which it sort of is. Instead of relying on his own custom-made software, Jenkinson wrote and recorded these tracks with an array of 1990s analogue synthesizers, effects units and a Commodore Vic20 PC. The results make it seem like the machines, excited at finally being awakened from their slumber, are excitedly, enthusiastically reconnecting with each other in a skittering, scattergun mish-mash of bubbling bleep-bloop tones, burbling breakbeats, twitchy textures and circuitous, chaotic cross-talk. That energized immediacy of the ends seem justified by the means of production — due to the technical limitations of his gear, Jenkinson reportedly had to record some of the cuts live on the fly.

WHAT SHOULD IT BE TITLED? Back to the Future.

HOW SHOULD I LISTEN TO IT? While piloting your hovercar along the electromagnetic underground tubeway to the holodeck matrix for an interface session on the confluence simulator.

WHAT ARE THE BEST SONGS? Aptly titled programs like Speedcrank and Terminal Slam will activate your circuits and get your fans running; the more contemplative and flowing Detroit People Mover will let you power down and cool your heat-sink.

WHAT WILL MY FRIENDS SAY? ‘This music makes me feel infinitely smarter — and infinitely stupid at the same time.’

HOW OFTEN WILL I LISTEN TO IT? Whenever you want to pretend you’re living in the future.

IF THIS ALBUM WERE AN OUTFIT, WHAT WOULD IT BE? A black latex body suit.

SHOULD I BUY, STREAM OR STEAL IT? Do whatever your devices tell you. That’s probably for the best.