It’s another one of those weeks where there are two kinds of albums being released: The ones I care about, and the ones the rest of the world cares about. See if you can tell which are which: 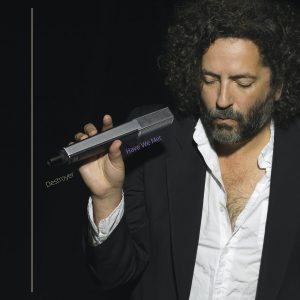 Destroyer
Have We Met

THE PRESS RELEASE: “Destroyer’s Dan Bejar initially conceived of Have We Met as a Y2K album. He was already active during the era but not heard overhead in a cafe or salon, which is perhaps what the idea of the Y2K sound evokes nearly two decades later. Bejar assigned frequent producer and bandmate John Collins the role of layering synth and rhythm sections over demos with the period-specific Björk, Air, and Massive Attack in mind, but he soon realized the sonic template was too removed from Destroyer’s own, and the idea of a concept was silly anyway. So he abandoned it and gave Collins the most timeless instruction of all: “Make it sound cool.” 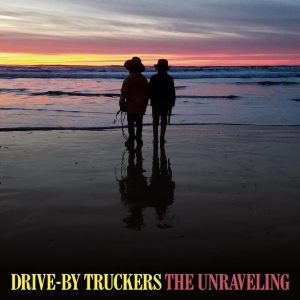 THE PRESS RELEASE: “Drive-By Truckers is kicking off the new election year with The Unraveling, our first new album in 3 1/2 years (the longest space between new DBT albums ever). Those years were among the most tumultuous our country has ever seen and the duality between the generally positive state of affairs within our band while watching so many things we care about being decimated and destroyed all around us informed the writing of this album to the core. While a quick glance might imply that we’re picking up where 2016’s American Band album left off, the differences are as telling as the similarities. If the last one was a warning shot hinting at a coming storm, this one was written in the wreckage and aftermath. I’ve always said that all of our records are political but I’ve also said that ‘politics IS personal’. With that in mind, this album is especially personal.” 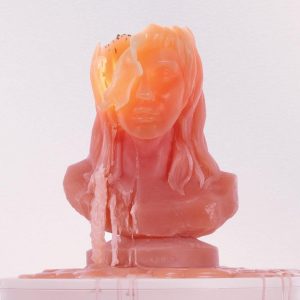 THE PRESS RELEASE: “Following the monumental success of her Grammy-nominated album Rainbow, the release of High Road finds an artist on a joyful musical journey of self-discovery. For High Road, Kesha enlisted an eclectic roster of collaborators / songwriters / producers including John Hill, Dan Reynolds, Stuart Crichton, Jeff Bhasker, Drew Pearson, Brian Wilson, Sturgill Simpson, Nate Ruess, Justin Tranter, Stint, Wrabel, and Pebe Sebert among others. The emotional and stylistic range found on the album is a blend of heavenly highs and emotional depths. Kesha’s swagger is front & center, paired with brilliant kiss-off one-liners, dancefloor grooves, and reminders to pay the haters no mind. Frisky, rap-based tracks show-off her skills as a lyrical spitfire, while elsewhere on the album a folkier side emerges. With a dream-pop ode to a best friendship, a reflective ballad about growing up without a father, and plenty of lust and laughter, High Road traverses the emotional spectrum. 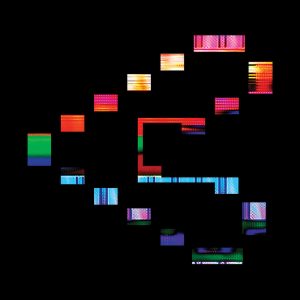 Squarepusher
Be Up a Hello

THE PRESS RELEASE: “Having spent the past few years focussing on his group Shobaleader One, Thomas Jenkinson returns to the fray under his much-loved Squarepusher guise with Be Up A Hello, Jenkinson’s first LP by that name since 2015’s Damogen Furies. Jenkinson might have been making Squarepusher records for well over two decades now, but on the evidence of Be Up A Hello his enthusiasm for the project remains as strong as ever. Even by the maximalist, ultra-energetic standards of a typical Squarepusher album the first half of Be Up A Hello is notably bright-eyed and bushy-tailed. Tracks fizz with energy here, their breakbeats careering off each other as Jenkinson spins out assertive chords. Oberlove and Hitsonu, the two cuts which kick off the album, are among the most gleeful tunes Squarepusher has ever made, their chord progressions and synth tones practically glowing with positivity. However, the vibe of Be Up A Hello becomes darker and more fraught as it goes on. The record’s later stages pull from the harsh, abrasive sounds of Damogen Furies. Needling acid basslines and frosty keyboards shift the vibe of Jenkinson’s drum programming here – those breakbeats, previously so ecstatic in nature, suddenly start to sound rather nervy. Squarepusher’s first LP in four years is another masterclass in breakbeat and leftfield drum ‘n’ bass from the one born Thomas Jenkinson.” 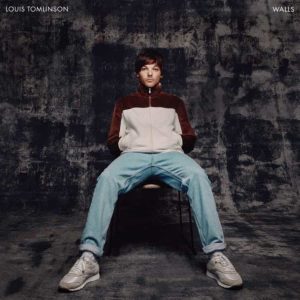 THE PRESS RELEASE: “Ask Louis Tomlinson why he only recently felt ready to record a solo album and is only now itching to be back on stage and he’ll tell you straight – the songs. His run of hits in 2017, including hugely successful collaborations with Bebe Rexha and Steve Aoki, were in retrospect a mere dipping of toes in the water. Temperature tested he made some decisions – Louis wanted to be an artist who had his own sound and something to say. Chasing chart positions and radio play had to take a back seat to making music that meant something to him and, in turn, to those all-important fans. “There was definitely a process of understanding where I sit musically,” says Louis. “I have my own tastes and, to a certain extent, they are fighting against the musical tide. “When I grew up, pop meant Arctic Monkeys, Oasis, The Killers and Amy Winehouse. Times change, obviously. Currently pop is very urban and street, which is not what I relate to. Sure, I could make those sort of songs, but they wouldn’t feel like me. The puzzle was how to please both myself and the fans.” 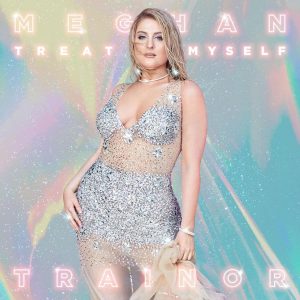 THE PRESS RELEASE: “Meghan Trainor first made history in 2014 with her diamond-certified smash single All About That Bass. The Grammy Award-winning singer, songwriter, and multi-instrumentalist stands out as “one of only five female artists to achieve a diamond certification from the RIAA — an honor bestowed upon only 15 other singles to date. Thus far, she has garnered a Grammy Award and achieved eight multi- platinum singles and two platinum albums, sold out three world tours, penned multi-platinum hits for peers across pop and country, and received countless industry awards and nominations. Expanding her influence, she starred on Fox’s hit series The Four: Battle for Stardom for two seasons. Following 2018 anthems No Excuses and Let You Be Right, she celebrated Valentine’s Day 2019 with the love- themed six-song The Love Train EP and to kick off the summer, she collaborated with dance music titan, Kaskade, for their song With You, paving the way for more surprises to come.”