Home Read The Who | Who 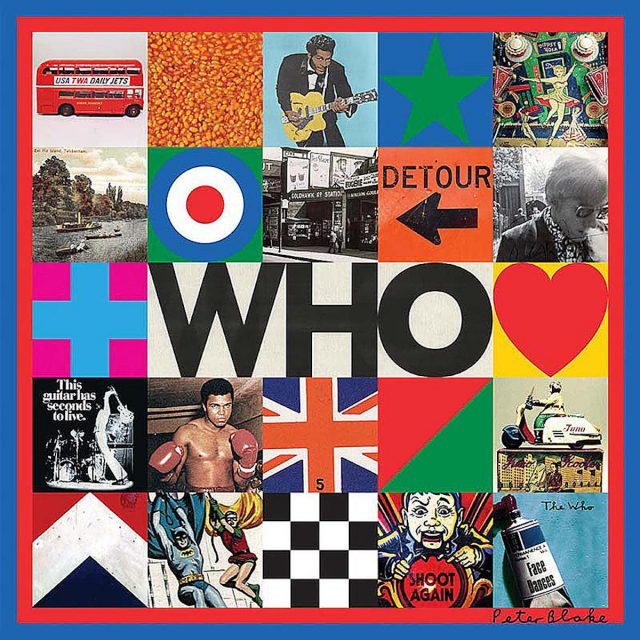 WHO ARE THEY? At the risk of initiating the classic-rock equivalent of an Abbott and Costello routine, yes. They’re The Who. Or at least the once-great-band’s sad and bitter remnants: Guitarist and songwriter Pete Townshend, who seems determined to alienate every fan he’s ever had in his neverending quest to go down as the most miserable multi-millionaire in rock ’n’ roll; and pugnacious vocalist Roger Daltrey, a man somehow afflicted with both a Napoleon complex and lead singer syndrome at the same time. After all their decades together, you could conceivably argue they deserve each other. Either way, you still have to feel at least a little sorry for longtime drummer Zak Starkey (aka son of Ringo), bassist Pino Palladino, Townshend’s guitarist brother Simon, former Heartbreakers keyboardist Benmont Tench and the other the innocent musicians caught in the middle.

WHAT IS THIS? Out Dec. 6, the eponymous Who is, somewhat surprisingly, just their dozenth studio album in 55 years. Their latest comeback disc is also their first full-length set of new music since 2006’s Endless Wire, and — far as I know — the first Who album recorded without Townshend and Daltrey ever being in the same room (or even on the same continent; one was in London while the other was in Los Angeles).

WHAT DOES IT SOUND LIKE? Daltrey claims it’s their best work since Quadrophenia. That’s a bit much — even if you acknowledge that their diminishing-returns list of post-Quadrophenia outings like The Who By Numbers (1975), Who Are You (1978), Face Dances (1981), It’s Hard (1982) and Endless Wire (2006) aren’t exactly stiff competition. Still, here’s a slightly more realistic assessment: The 11-song album, much like their concerts over the past few years, isn’t nearly as dreadful as you fear (or assume, if you’re less charitable). Admittedly, none of these cuts will replace their timeless classics in your playlist. But a few might just grow on you. And there are enough glimpses of greatness — particularly from the undiminished and still feisty Daltrey — to make you happy they’re back (and even happier that they didn’t royally fuck it up).

WHAT SHOULD IT BE TITLED? Who’s Last, Please!

HOW SHOULD I LISTEN TO IT? With grudging admiration for the old warhorses’ ability to keep moving forward.

WHAT ARE THE BEST SONGS? Rugged rockers like the confrontational opener All This Music Must Fade (First words: “I don’t care / I know you’re gonna hate this song”) and the politicized Ball and Chain (which kinda recalls the fiddly moments of Baba O’Riley) can’t be ignored, but some of the moodier moments on the back half (the pastoral I’ll Be Back, the rootsy Break the News and the Latin-jazz closer She Rocked My World) add new colours to the palette.

WHAT WILL MY FRIENDS SAY? ‘Yeah, it’s OK. But I’d be inclined to like it a lot more if Townshend didn’t keep talking about how they’re not really a band anymore and say he’s glad Keith Moon and John Entwistle are gone.’ (He’s since apologized for the latter; as for the former, well, it’s kind of hard to argue.)

HOW OFTEN WILL I LISTEN TO IT? More than once — which is likely more than anyone anticipated.

IF THIS ALBUM WERE A MARRIAGE, WHAT WOULD IT BE? An endlessly bickering couple who are not only still together after five decades, but keep renewing their vows every few years.

SHOULD I BUY, STREAM OR STEAL IT? If you get right down to it, you can probably live with the stream — but if you’re a longtime fan, you might want to buy one final Who album (fingers crossed, anyway) for old time’s sake.