Most of the music I hear is sent to me by labels and publicists. But there’s nothing like getting it straight from the source. Welcome to the latest instalment of DIY Discovery, where I introduce you to artists who have sent me their music directly (and who don’t suck — that’s definitely part of the deal too). If you’d like to get in on that action, scroll down to the bottom of the page. But don’t skip over today’s fine finds. I’ve used Bandcamp playlists when possible so you can buy these tunes directly. And you should. 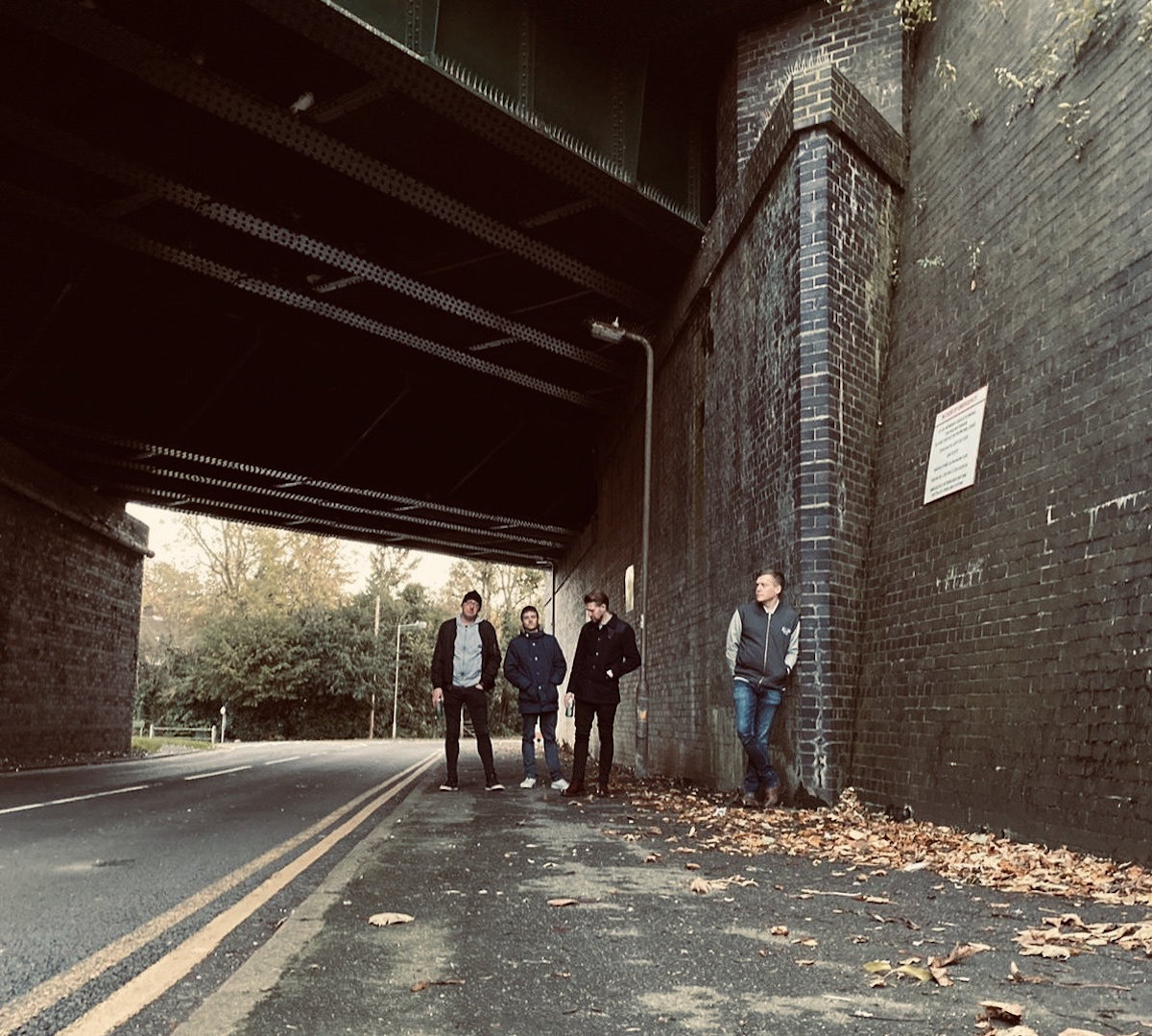 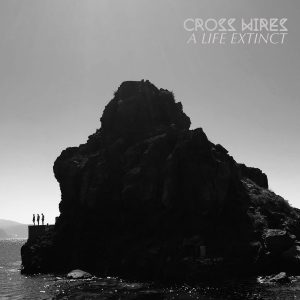 “This is the end, the end of days,” Jonathan Chapman announces moments into Extinction, the opening track from East London post-punk trio Cross Wires’ debut album A Life Extinct. If you’re sensing a theme, well no duh. Partly inspired by Elizabeth Kolbert’s ominous non-fiction book The Sixth Extinction: An Unnatural History, Chapman obsesses over the slow, unstoppable death of romance over these 11 tracks — but you don’t have to be an English major to realize that in today’s post-truth, mid-Brexit, pre-climate catastrophe world, he isn’t just talking about his girlfriend. Even better: Between his urgently barked vocals and the band’s suitably wiry energy, they come off like the central point of a Venn diagram featuring The Jam, The Fall and The Clash. The end may be near, but A Life Extinct is still one helluva great start. THE PRESS RELEASE: “A Life Extinct is not a concept album in the traditional sense but the theme of Extinction looms large over the 11 tracks. The album was recorded at Kluster Rooms in Limehouse, East London and produced by Rory Attwell (The Vaccines, Palma Violets, The Cosmics).” Live it up: 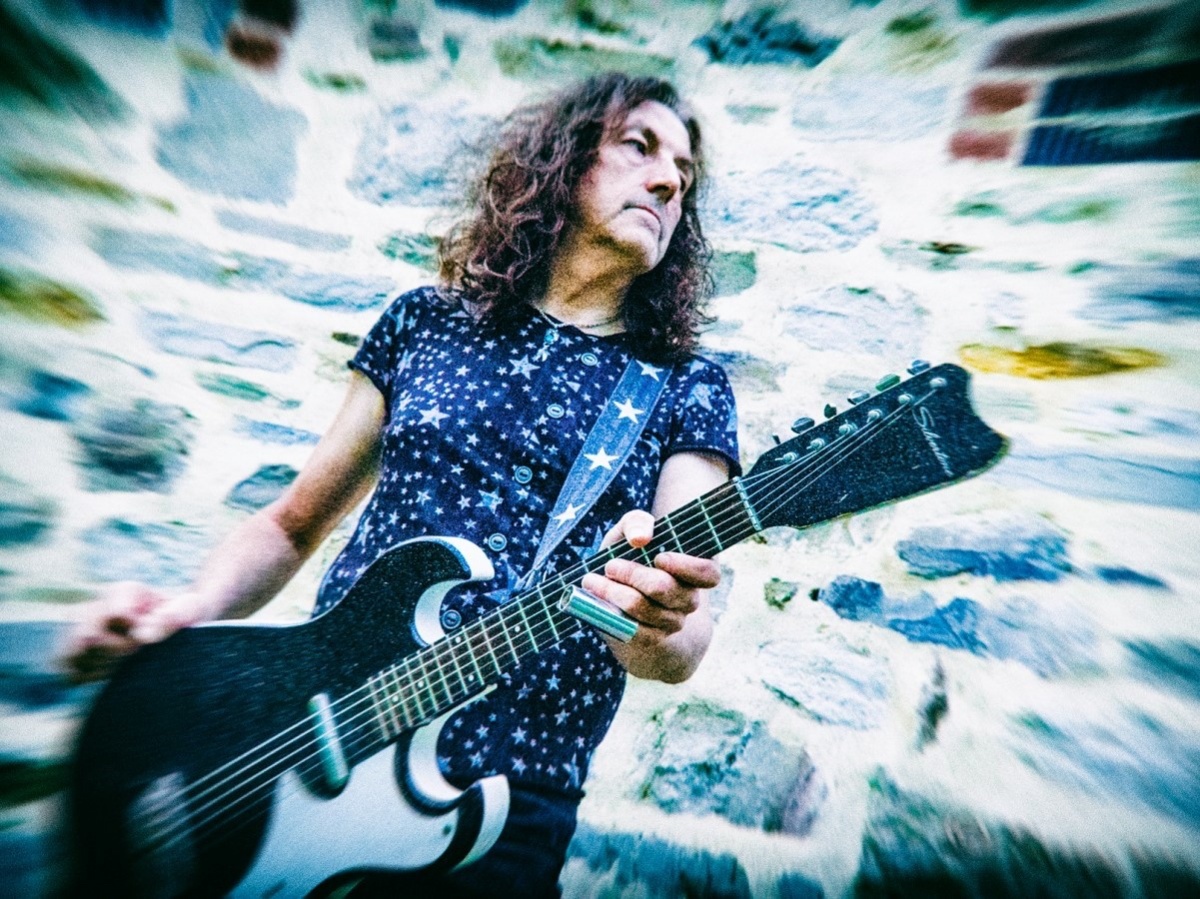 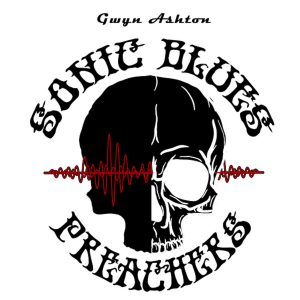 The list of world-class artists that Gwyn Ashton has collaborated with, worked alongside, opened for, jammed next to and even hung around with is basically a who’s who of the music biz: Mick Fleetwood, Ian Gillan, Johnny Winter, Peter Green, Slade, The Sweet, Canned Heat, Magnum, The Troggs, David Crosby and countless others. But he’s not just some anonymous sideman: The gritty Australian singer-guitarist has also released a slate of solo albums, including his most recent effort Sonic Blues Preachers. Stripped down, solidly muscular and threateningly pointed as a switchblade, Ashton’s searing slide-guitar work and menacing baritone vocals will transport you to a juke-joint where Iggy Pop and Mark Lanegan are throwing down with Ry Cooder and Cedric Burnside. Which is another way of saying he’s in a class by himself. Remember his name. THE PRESS RELEASE: “Gwyn Ashton’s ninth studio project Sonic Blues Preachers is a powerful contemporary power-duo rock n roll blues album full of melodic songs with big hooks and killer choruses. It features collaboration between acclaimed slide guitarist Ashton and one of Australia’s most musical drummers – the formidable John Freeman from the pre AC/DC Bon Scott-fronted band Fraternity. Ashton’s latest release takes the listener on a magical slide guitar journey of hard rockin’, heavy funkin’ greasy grooves, combined with some darker low-tuned acoustic 12-string tracks, conjuring up images of a bygone Mississippi delta, but still maintains his identifiable Australian sound.” Preach: 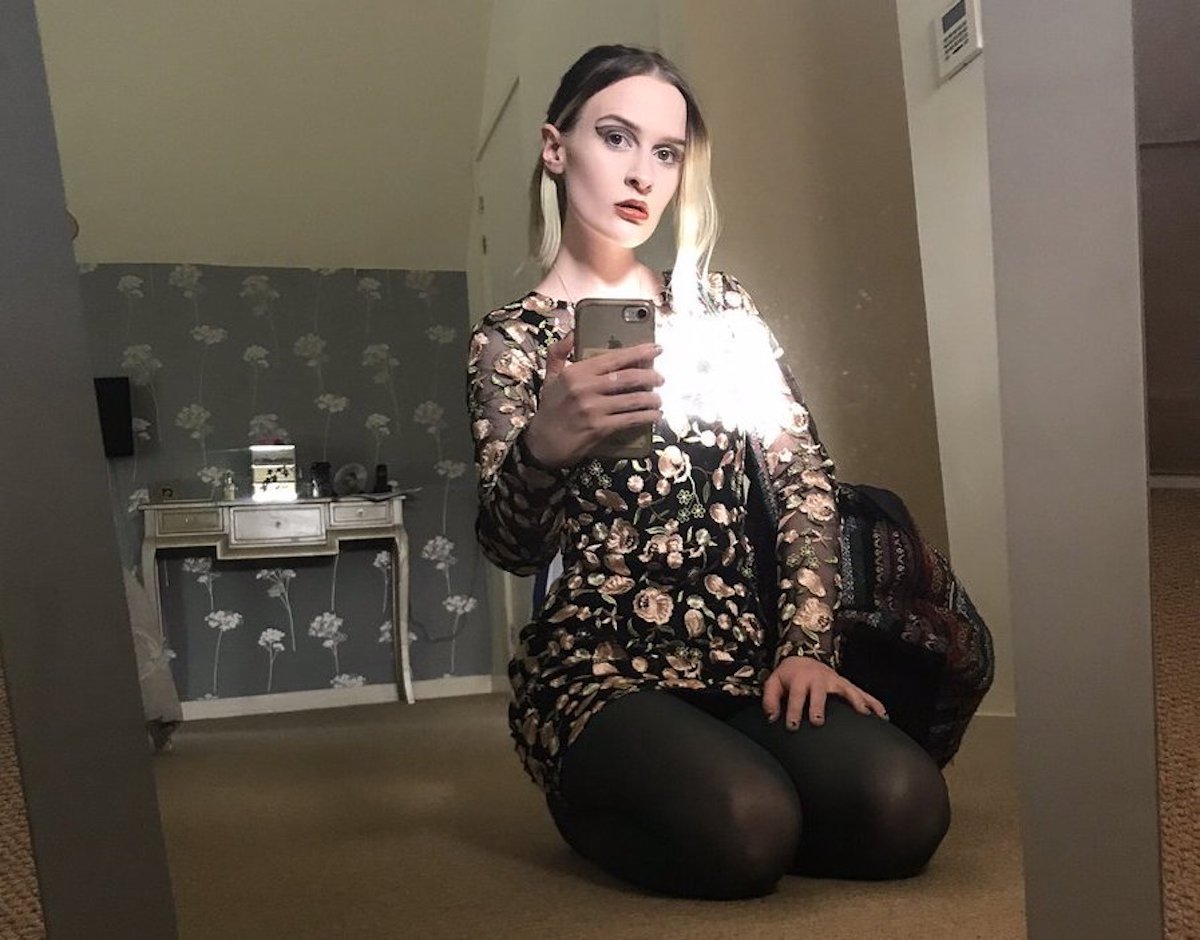 Turns out youth is not always wasted on the young. Case in point: Teenage Drama!, the debut album from U.K. pop wunderkind Healy Maye. The precocious 17-year-old singer-songwriter not only crafts colourful cuts that are catchier than a cold; she also creates them on a shoestring, using her phone and free apps. But don’t confuse low-budget with low-quality — these ridiculously hooky and stylishly irresistible gems sport all the songcraft, production value and sonic range of tunes that far less frugal artists have spent thousands in overpriced studios trying to create. It also turns out best things in life really can be free. THE PRESS RELEASE: “I’m Healy Maye and I’m an independent artist from Shropshire, England. I’m 17 and write, record and produce my songs myself on my phone using free software whilst spending £0 in the process (other than the money spent to release onto platforms). My style/genre can be quite undefined, with ‘alternative pop’ being my main category I’m drawn to and main inspirations varying from Lily Allen to Grimes.” Embrace the drama: 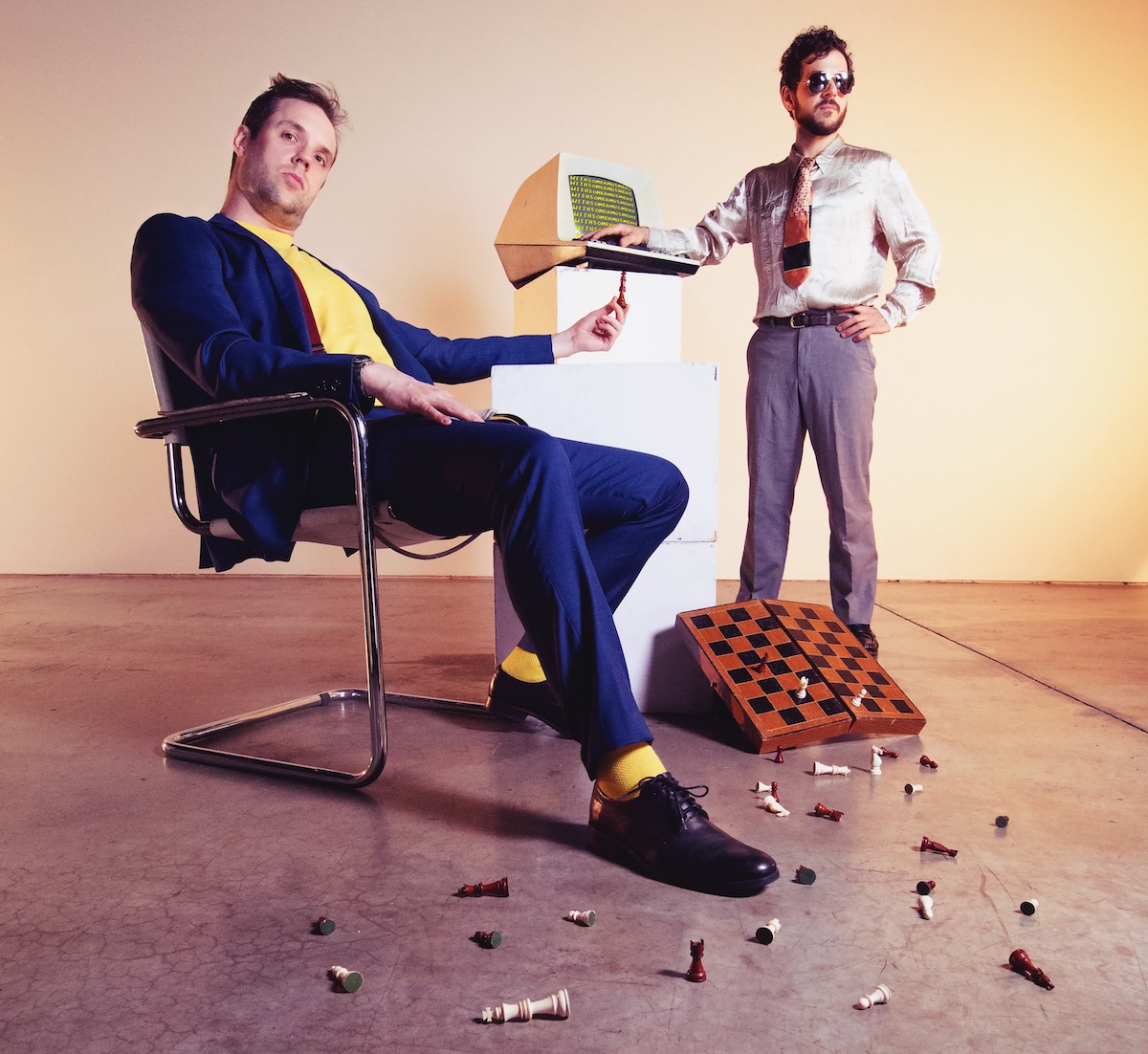 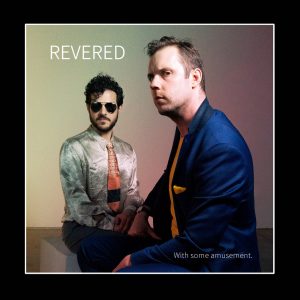 Revered
With Some Amusement.

I owe this Vancouver duo an apology: They sent me their album back in the summer, but it slipped through the cracks of my email and I just rediscovered it recently. Then again, in a way it makes sense: Their music also slips between plenty of musical cracks, falling somewhere between pop, electro, jazz, soul, hop-hop and more — all topped with singer-songwriter Emmett Hall’s eccentric vocals, which could perhaps best be described as Gowan having an existential breakthrough in the studio while tripping balls on psychdelics. Or something like that. In any case, this meticulously crafted and bizarrely wonderful album is one of the most intriguing releases you’re likely to hear anytime soon. They’ve got nothing to be sorry for. Unlike some people. THE PRESS RELEASE: “With acerbic bite and tongue ever in cheek, Emmett Hall explores the derisive glorification of self-deprecation while bleeding out an earnest sentiment from every track. From synth-pop, prog, and hip-hop to jazz, Motown and cabaret showtunes, the album experiments with themes of catastrophizing, guilt, resentment, and nasty ol’ love. Each track on With Some Amusement. traverses contrasting genres as a call and response to the rhetoric of the songs that come before and after it. If the listener is not left beautifully confused, heartbroken, contemptuous, but not without some amusement, they’re wrong.” Are you not amused? You will be: 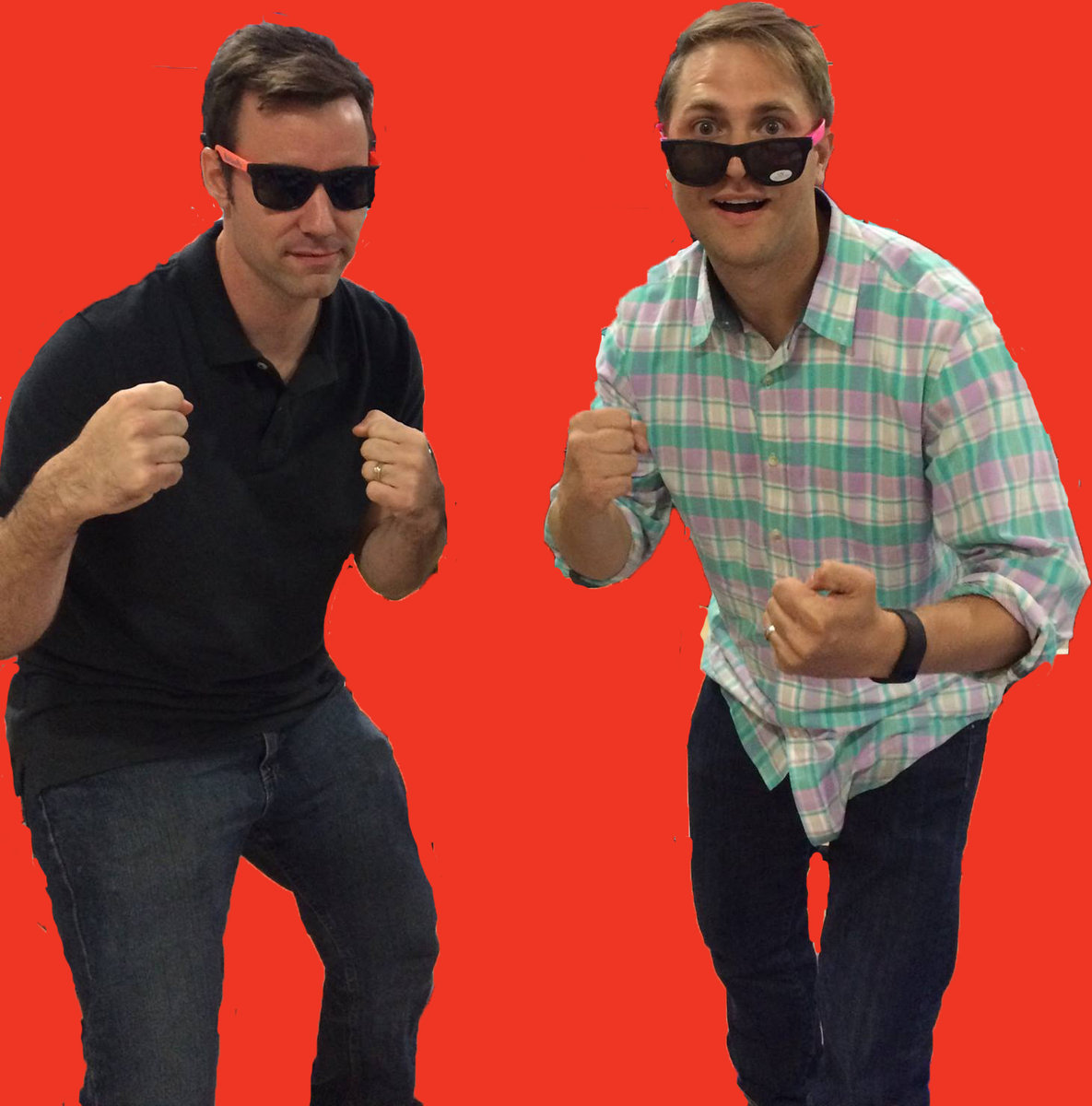 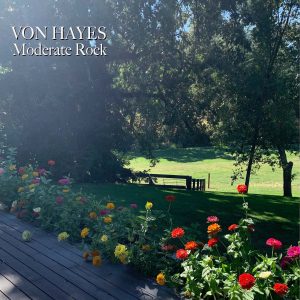 Delaware garage-rock weirdoes Von Hayes debuted in these pages exactly a year ago today with their EP Gunga Gunga Chi Chi and their album You Vape? Now, the duo have darkened my doorway again with their latest effort Moderate Rock. Effort is right; the surprising 10-track album finds the demented duo getting their act together, straightening up some of the dustier, messier corners of their freewheeling sound in favour of more focused and accessible songcraft. Don’t get me wrong; you’re not going to hear these crunchy nuggets of lo-fi brilliance on AM radio anytime soon. Even so, this is easily the most mature, melodic and motivated music I’ve heard from them. But hey, don’t take my word for it. Hear it for yourself below. Or read what they have to say. THE PRESS RELEASE: “With Moderate Rock, we’ve gone with a more all-killer, no-filler approach – 10 big beefy songs smashing like a sledge hammer rather than rolling down a 20-song alien lane. There’s fewer allusions to cosmic robots sung in British accents and more thoughtfully crafted hooks, lyrics and even a few guitar solos.” All good things in moderation: 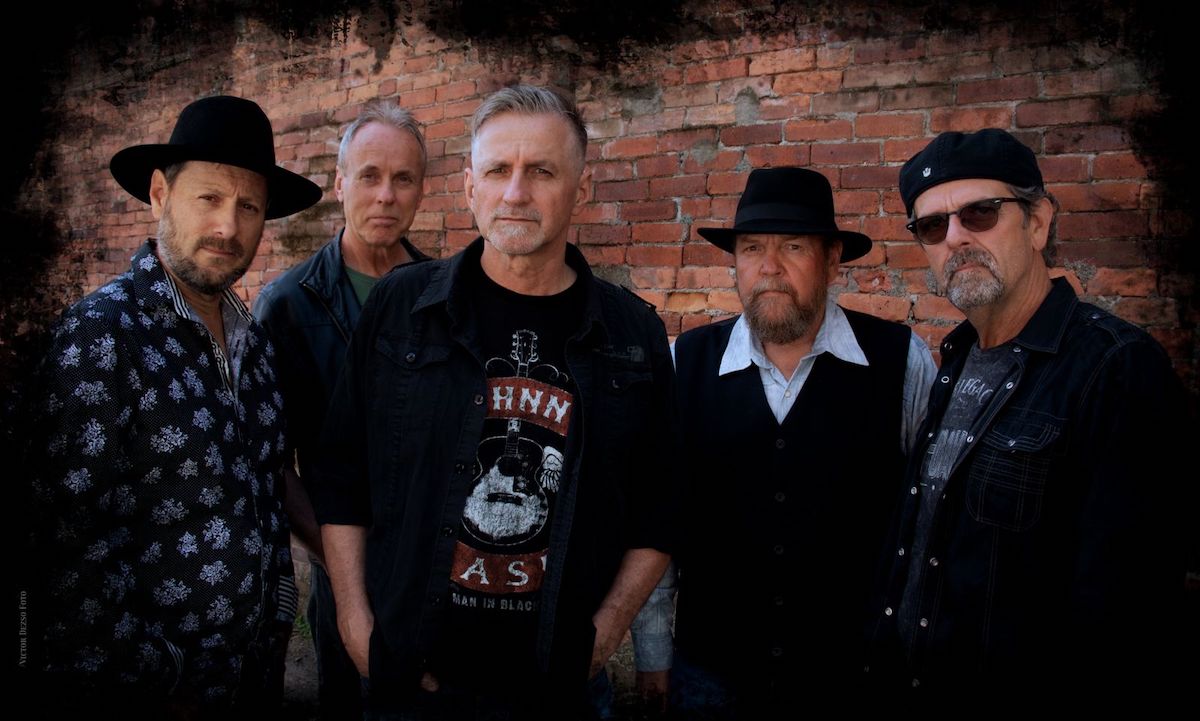 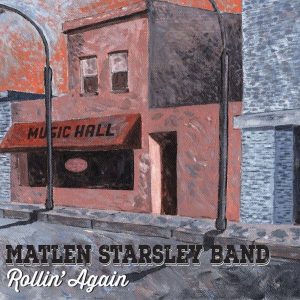 Matlen Starsley is a nobody. That’s not an insult — he literally doesn’t exist. This Vancouver country-rock outfit’s handle was assembled from the names of frontman Dennis Matechuk, bassist Don Lennox, guitarist Kevin Star and drummer Jim Wesley (presumably, keyboardist Darryl Hebert is either new or drew the short straw — admittedly, Matlen Starsleybert is a bit of a mouthful). In any case, their music, fittingly enough, is also something of an amalgam, seamlessly blending country, southern-rock and a few other rootsy genres into an easily embraceable whole. Their debut disc came out in the summer, but hey, they just shared it with me, so I’m sharing it with you. Better late than never and all, right? THE PRESS RELEASE: “We just wanted to get a group of accomplished players together to create some great music and recapture some of the energy and passion that got us into the music business in the first place. No musical boundaries, We are letting the songs take us wherever they may lead and just letting the music speak for itself.” Let it roll: 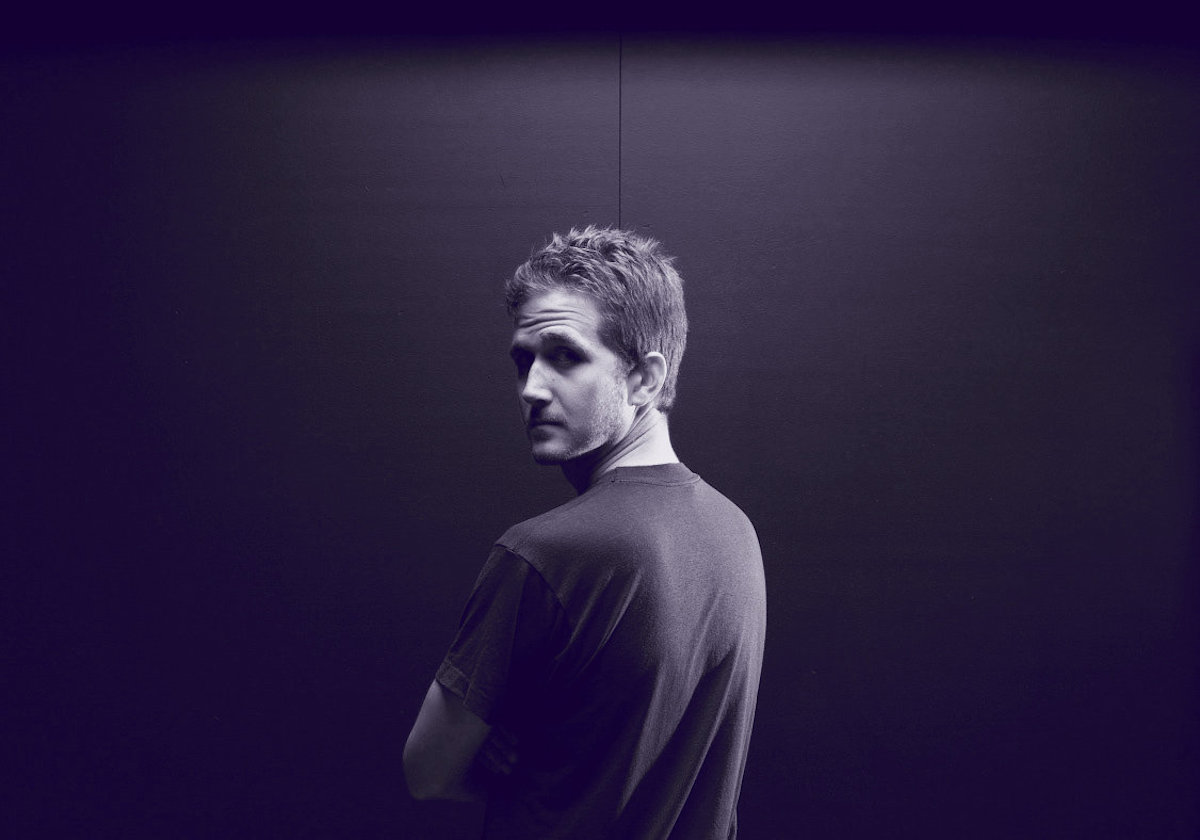 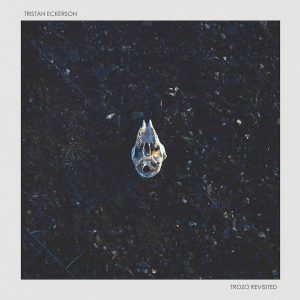 Everyone needs a do-over from time to time. For Cincinnati’s Tristan Eckerson, that time is now. The classical pianist and composer has re-recorded, remixed, remastered and reissued his 2016 debut album Trozo. Naturally, it’s title Trozo Revisited. And if you’re looking for a disc set in a sparsely beautiful and elegantly understated sonic landscape — a dreamy netherworld where hypnotically circular arpeggios and gradually evolving melodies are gracefully interwoven into ethereal yet emotive tracks that are simultaneously soothing and stirring — look no further. THE PRESS RELEASE: “Since 2016 I have toured internationally and released music with 1631 Recordings (Nils Frahm, Dustin O’Halloran, Hauschka), A Remarkable Idea (Benson Taylor, Bloc Party, Matt Peel), Sonder House, 7K!, and Mellotron Records. My music has been streamed over 4 million times.” Make that 4,000,001: