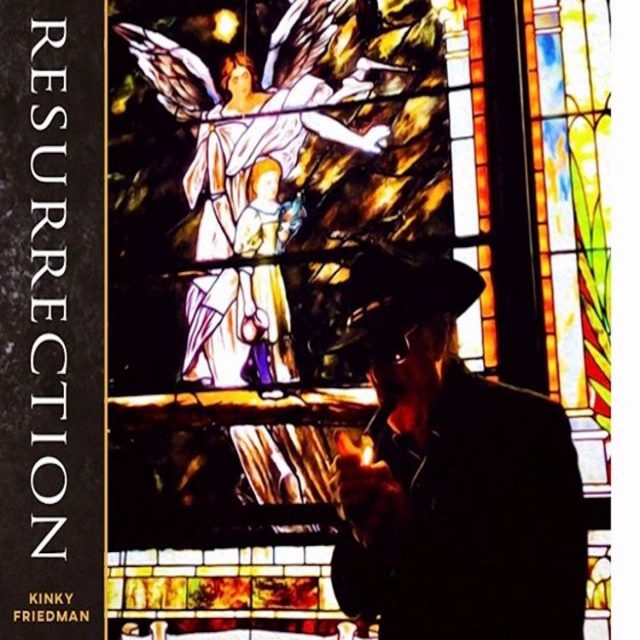 WHO IS HE? The Kinkster. The Original Texas Jewboy. The almost-governor of the Lone Star State. The semi-private dick of 221B Vandam Street. And the singer-songwriter behind provocative country classics like Get Your Biscuits in the Oven and Your Buns in Bed, How Can I Tell You I Love You (When You’re Sitting On My Face) and They Ain’t Makin’ Jews Like Jesus Anymore — though he’s no slouch when he plays it straight with a confessional ballad either.

WHAT IS THIS? The umpteenth studio album of the 74-year-old veteran’s half-century career, the aptly titled Resurrection is also the third release in a creative and commercial revival that began with 2015’s The Loneliest Man I Ever Met and continued on 2018’s Circus of Life.

WHAT DOES IT SOUND LIKE? Bigger and better, though not quite as Kinky. Unlike the introspective and pared-down Circus of Life, the magnificent Resurrection captures the dusty troubadour in a more lively setting, backed by a full band and produced by old pal and fellow Lone Star Cafe irregular Larry Campbell. But if you’re hoping for a remake of Ride ’Em Jewboy, you’re out of luck; while Friedman hasn’t lost his sense of humour, he’s far more sincere and serious than sly and subversive these days.

WHAT SHOULD IT BE TITLED? Ironing Out the Kinks.

HOW SHOULD I LISTEN TO IT? While puffing on a massive stogie and drinking Jameson Irish Whiskey — two of Kinky’s favourite vices.

WHAT WILL MY FRIENDS SAY? ‘Pass the Jameson and play that song about Hank again.’

HOW OFTEN WILL I LISTEN TO THIS? Anytime you want to hear one of the most potent and underrated songwriters of his generation.

IF THIS ALBUM WERE FOOTWEAR, WHAT WOULD IT BE? A well-worn but still comfortable pair of cowboy boots.

SHOULD I BUY, STREAM OR STEAL IT? Hey, Cubans and fine blended whiskey don’t come cheap.