Home Read City and Colour | A Pill For Loneliness 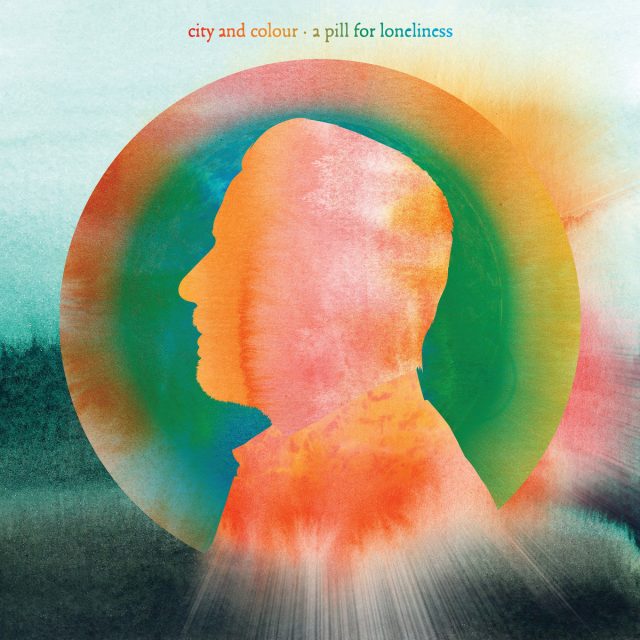 WHO IS THIS? The solo alter ego of on-again, off-again Alexisonfire singer-guitarist Dallas Green and a cast of talented but essentially faceless supporting players. For those who haven’t made the connection yet, the band’s handle is a generic version of Green’s first and last names.

WHAT IS THIS? His sixth studio set and the followup to his 2015 Juno-nominated stunner If I Should Go Before You, which was quite correctly heralded as his finest solo work to date.

WHAT DOES IT SOUND LIKE? A worthy successor — which is easier said than done. As usual, restless workaholic Green pushes the envelope, his sound and himself to new heights and depths on these 11 cuts, which feature noisily ringing guitars, lush orchestrations and psychedelic atmospherics majestically stacked to support his soaring falsetto vocals and tenderhearted lyrics. “I wrote a lot of dark songs and wrapped them in the most beautiful sounds we could find,” he has said. “There are personal connotations, but they’re also relatable.” They’re also some of the most beautifully written and exquisitely rendered songs in his sizable catalogue.

WHAT WOULD BE A BETTER TITLE FOR THIS ALBUM? A Cure For What Ails You.

HOW SHOULD I LISTEN TO IT? By yourself, ironically enough. Most of these songs aren’t made for a communal experience.

WHAT ARE THE BEST SONGS? The suitably spacious single Astronaut flies high; the gorgeous Imagination and Song of Unrest are just a couple of the cuts that showcase Green’s superbly developed pipes — and put you in mind of a variety of vintage British vocalists.

WHAT WILL MY FRIENDS AND FAMILY SAY? ‘Are you sure he used to play in a punk band?’

HOW OFTEN WILL I LISTEN TO THIS? If you’re a fan of great ballads, you’ll have this on repeat for a while.

IF THIS ALBUM WERE A TIME OF DAY, WHAT TIME WOULD IT BE? Dawn. Or maybe dusk. It all depends on which one is more soothing and colourful where you live.

SHOULD I BUY, STREAM OR STEAL IT? It’s the cheapest medicine you’ll ever buy.