Of the 175 new albums, EPs and singles dropping in the next week, I’m interested in hearing at least 40 or so. But since that’s way too many to deal with here, I narrowed it down to six of the bigger titles. Here they are in alphabetical order: 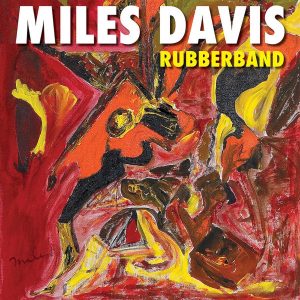 THE PRESS RELEASE: “Rubberband is the lost Miles Davis album he recorded as soon as he signed to Warner Bros., after decades with Columbia. It marked a radical departure for Davis, looking forward as usual and incorporating funk and soul grooves in his work. Produced by Davis, Randy Hall and Zane Giles, the Rubberband sessions were recorded in Los Angeles from October 1985 to January 1986 – the album was subsequently shelved and Davis went on to record Tutu instead, leaving these sessions largely unheard … until now. It was finished by the original producers – Hall and Giles – and Davis’ nephew, Vince Wilburn, Jr., who played drums on the original sessions for the album in 1985-86.” 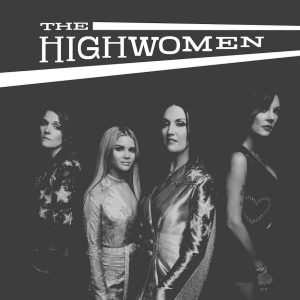 THE PRESS RELEASE: “The Highwomen are a new collaborative movement formed by Brandi Carlile, Natalie Hemby, Maren Morris and Amanda Shires. The collective’s highly anticipated self-titled debut album was produced by Grammy Award-winning producer Dave Cobb. Continually demonstrating the importance of inclusion and collaboration, The Highwomen are joined by several guest musicians, vocalists and songwriters across the album. The project features Sheryl Crow (background vocals, bass), Yola (vocals, background vocals), Cobb (acoustic/electric guitar), Jason Isbell (acoustic/electric guitar), Phil Hanseroth (bass, background vocals), Tim Hanseroth (guitar, background vocals), Chris Powell (drums) and Peter Levin (piano and keyboards) with songs written by Carlile, Hemby, Morris, Shires, Isbell, the Hanseroth twins, Rodney Clawson, Lori McKenna, Miranda Lambert and Ray LaMontagne among many others. “Anyone can be a Highwoman,” Carlile notes. “It’s about banding together, abandoning as much ego as humanly possible, holding one another up and amplifying other women every chance we get. Shoulder to shoulder. One push, one love.” 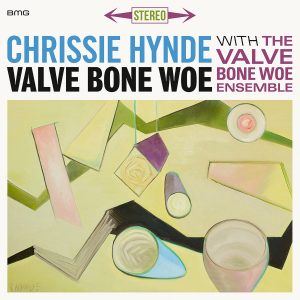 THE PRESS RELEASE: “The amazing Chrissie Hynde displays yet another volte face in her incredible career with the release of her new album Valve Bone Woe. The album features 14 tracks written by a stunning array of classic songwriters and innovators, including Brian Wilson, Frank Sinatra, Hoagy Carmichael, Charlie Mingus, John Coltrane, Nick Drake, Ray Davies and Rodgers and Hammerstein.” 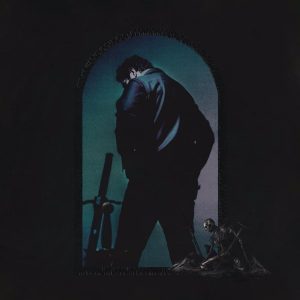 THE PRESS RELEASE:  Apparently, Posty is so popular he doesn’t need to put out press releases about his discs anymore. Either that or he was too busy getting another tattoo on his face to give us any major details about this third studio album. 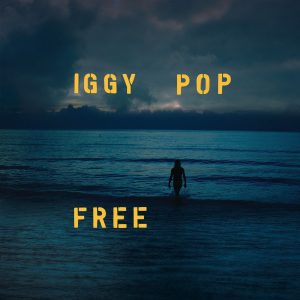 THE PRESS RELEASE: “This is an album in which other artists speak for me, but I lend my voice… By the end of the tours following Post Pop Depression, I felt sure that I had rid myself of the problem of chronic insecurity that had dogged my life and career for too long. But I also felt drained. And I felt like I wanted to put on shades, turn my back, and walk away. I wanted to be free. I know that’s an illusion, and that freedom is only something you feel, but I have lived my life thus far in the belief that that feeling is all that is worth pursuing; all that you need — not happiness or love necessarily, but the feeling of being free. So this album just kind of happened to me, and I let it happen.” 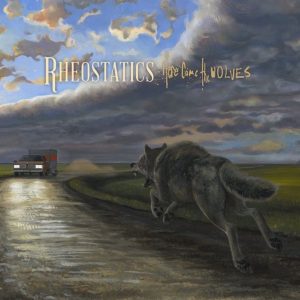 THE PRESS RELEASE: “Ever bound for ragged glory, Rheostatics occupy a unique place in the Canadian music landscape, pulled together and apart for nearly forty years. Finding grace in the reality of endurance, Rheostatics show us a special type of longevity, through upheaval, personal (and personnel) change, and a basic refusal to play the game in any way, shape or form, stretched over decades. Now, Rheostatics return with Here Come The Wolves, their first new album in 15 years. On Here Come The Wolves, you’ll find Rheostatics trusting their complicated formula, a signature multiplicity of songwriters, artistic instincts and concerns. Over twelve songs, Here Come The Wolves unfurls like a cross-section of the band’s cumulative experience, individual and collective.”