I may be an idiot, but I’m not a total moron. I know that Taylor Swift’s Lover album is by far the biggest release next week. But I also know that you don’t need me to tell you about it; there are plenty of other sites where you can get up to speed on Tay-Tay’s latest tunes (along with who she’s currently dating and/or dumping, which other singer she’s fake-feuding with this week, and how much avocado she had on this morning’s toast, among other things). Bottom line: Swifty’s doing just fine in the publicity department without me. Besides, one of the joys of running your own site is you get to write about whatever you want. And I’d rather clue you in on some of the other artists with new albums arriving next week. Here are seven of them, presented in alphabetical order. You’ve got Bay Area retro-punks, a rap collective, California country-rockers, Aussie oddballs and more. One thing they have in common: They could all benefit from your kind attention and generous patronage this week. I’m sure Taylor won’t mind a bit. 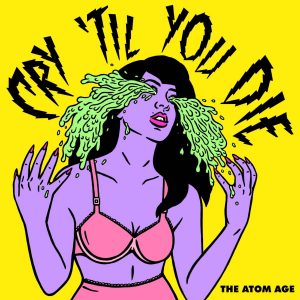 The Atom Age
Cry Til’ You Die

THE PRESS RELEASE: “Since 2009, Oakland’s The Atom Age have been scattering slivers of imploded tubes all across the Bay Area. A rocket-propelled ode to the unhinged power of ‘60s punk and R&B, the Age are more Sonics than Hives, and more Link Wray than Jack White. Coming to life out of the Bay’s punk scene, they’re a powder keg of a live band. But in the past, capturing this energy on record has proven a challenge. Over their last three albums, The Atom Age have documented their considerable strength for songwriting (most notably 2015’s Hot Shame), but something has almost always been lost in the equation of tracking and layering. Only now, thanks to the sympatico production work of Dave Schiffman (The Bronx, Pup, Jimmy Eat World) has the mutant fission of their live shows truly been captured on record. Blazing by in a relentless 25 minutes, Cry Til You Die is Atom Age at their most swaggeringly explosive, their pop craftsmanship fused inseparably to every skronking sax line and Farfisa wail.” 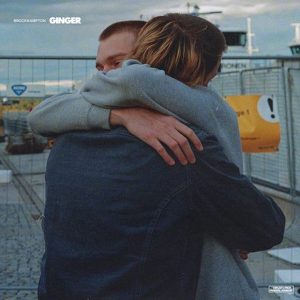 THE PRESS RELEASE: “Ginger is the next chapter of Brockhampton’s rapid rise over the last two years. Following the release of their first three studio albums in 2017, the boyband’s first major label album, iridescence, debuted at #6 on the Canadian Billboard 200 and #2 on the Canadian R&B/Hip-Hop charts last year. The group also toured the globe extensively in 2018, including a run of 5-star reviewed, sold-out European tour dates, a sold-out tour of Australia and New Zealand, and a successful North American tour highlighted by a sold-out three-night residency at New York’s Terminal 5 and a sold-out two-night residency at Los Angeles’ The Shrine.” 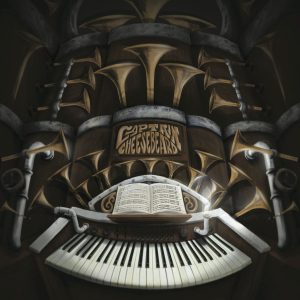 THE PRESS RELEASE: “Happily emerging many moons ago as a Frank Zappa tribute project, the Brussels-based decet (that’s TEN musicians, and yes, we checked) have since developed into a unique fusion ensemble. After years of respectfully interpreting Zappa and his music, bandleader, Johan De Coninck decided that the time had come for the band to explore their own virtuosity and begin writing original compositions. Informed by the stylistic direction inherent in their previous project, the cosmik fruits of Captain Cheesebeard’s collective labour arrived in 2015 with the self-release of their debut album, Symphony for Auto​-​Horns. Taking it upon themselves to contribute to the global music family their impressive cache of songs portrayed the kind offree-form jazz improvisation, progressive rock, sound experimentation and lampooning of Western culture that one hopes would have made Frank smile.” 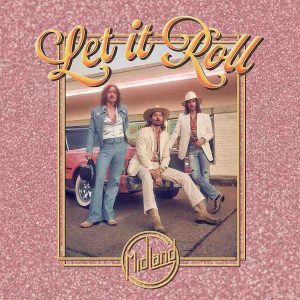 THE PRESS RELEASE: “With a strong scent of ‘70s country merging Laurel Canyon with Billy Bob’s Saturday night dance floor appeal, Mark Wystrach, Cameron Duddy and Jess Carson continue creating classic country for a brand new day. “We want to keep things fresh and real,” says Duddy. “The beauty of being in Dripping Springs and spending so much time on the road, we don’t get caught up in what’s trending. We’re able to follow our hearts (and our livers) to where we think country is the best.” “Everything we’ve learned out on the road touring On The Rocks is all right here on this album,” says Wystrach. “These songs are deeply personal and from the heart.” 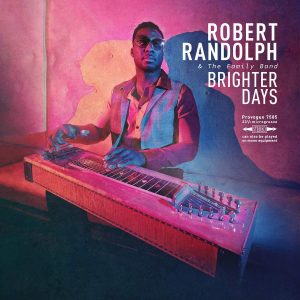 THE PRESS RELEASE: “Robert Randolph grew up playing sacred steel music – basically gospel played on pedal steel guitar – in the House of God church in Orange, New Jersey, and began taking his joyous, gospel-infused music out to clubs and into the world. When it was time to record Brighter Days, after releasing the Grammy-nominated album Got Soul, Robert chose to work with producer Dave Cobb. Cobb is best known for his work with new country stars like Chris Stapleton, Sturgill Simpson, Brandi Carlile and Jason Isbell. Looking beyond anyone’s expectations or his own preconceptions helped Randolph circle back to where it all began for him: church music. Brighter Days is a full dive back to Randolph’s gospel roots, effortlessly mixing it up with blues, soul, funk, and the unmistaken sound of the pedal steel guitar. Robert Randolph makes the instrument weep, wail, scream and holler!” 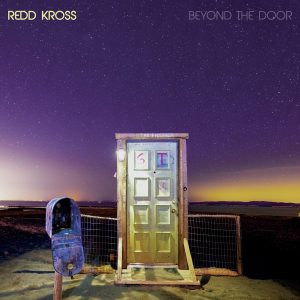 Redd Kross
Beyond the Door

THE PRESS RELEASE: “Redd Kross invite you to explore Beyond the Door, an album inspired by the band’s “total commitment to having the best f*cking time we can have while we’re all still here” (what they like to call “the Party”). It’s a rock and roll record and a celebration of everything brothers Jeff and Steven McDonald love, from cultures both high and low. Musically, it’s guitars, bass, and drums topped with a generous portion of sweet vocal melodies often delivered with an ambiguous edge.” 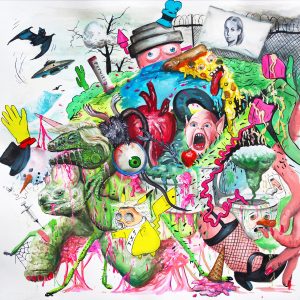 THE PRESS RELEASE: “Tropical Fuck Storm were formed around 2017 in the city of Melbourne, Victoria along Australia’s south-eastern coast. The band released their debut long-player A Laughing Death in Meatspace in 2018. Each of the band’s four members bring considerable experience to the group. Gareth Liddiard and Fiona Kitschin were part of the long-running and critically-acclaimed act The Drones, while Erica Dunn and Lauren Hammel have performed in a variety of well-received projects. Perhaps it’s that wealth of rock and roll experience that allows Tropical Fuck Storm to so expertly deconstruct and distort the genre’s norms. “Everything we do, we try to do it in a weird way. The whole album is full of weird beats, and just weird shit everywhere,” Liddiard explains. He cites Doc at the Radar Station-era Captain Beefheart as a key sonic touchstone, and Braindrops certainly shares the Captain’s penchant for pounding abstract grooves. Tropical Fuck Storm have achieved a uniquely off-kilter sound on Braindrops. Liddiard partly credits this to the group’s use of unconventional equipment, “We use lots of techno gear to make rock and roll because rock and roll gear is boring, and all sounds like Led Zeppelin.”