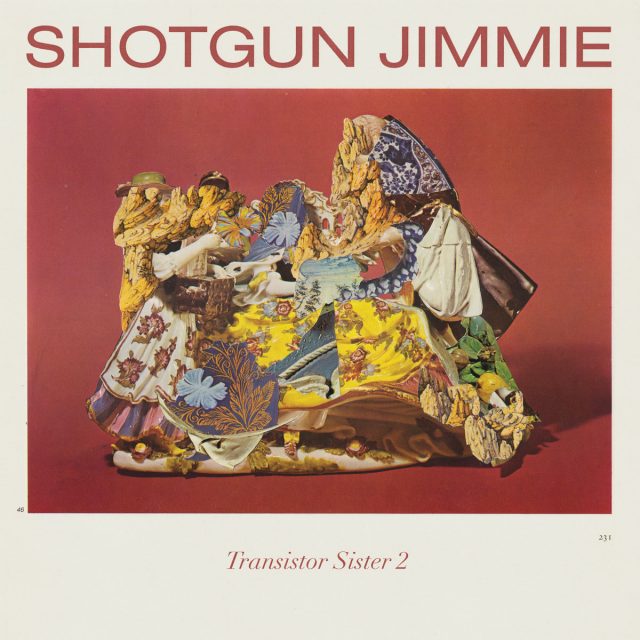 WHO IS HE? The Canadian pop-rocker, charismatic singer-songwriter and former Shotgun and Jaybird co-founder with one of the coolest handles in music — at the very least, it’s certainly more dangerous than his real name, Jim Kilpatrick.

WHAT IS THIS? His ninth solo release over the past 15 years, and a long-overdue followup to his deservedly beloved and acclaimed 2011 disc, which was naturally titled Transistor Sister.

WHAT DOES IT SOUND LIKE? A slate of scrappy guitar-rock and snappy indie-pop that picks up right where he left off eight years ago. That’s no accident — Jimmie says he’s “intentionally trying to create an experience that (he’ll) be nostalgic for.” If you loved the first instalment, chances are you’ll agree, thanks to this set’s deliberate musical callbacks and unstoppable lyrical positivity.

WHAT WOULD BE A BETTER TITLE FOR THIS ALBUM? Transistor Re-Sister.

HOW SHOULD I LISTEN TO IT? Back-to-back with the original, of course — though this can also stand up perfectly well on its own.

WHAT ARE THE BEST SONGS? Jimmie’s aim is nothing if not consistent and true; eight of these tracks clock in between 2:22 and 2:48. And several of those, including Blues Riffs, Fountain, The New Sincerity and 401 are perfectly formed, fat-free musical nuggets. Looking for something longer and lazier? Try the Neil Young-style slow-burner Sorry We’re Closed.

WHAT WILL MY FRIENDS AND FAMILY SAY? ‘Why do so many indie singer-songwriters sound just like this? And how do we get them to teach the rest of their peers to sound like that?’

HOW OFTEN WILL I LISTEN TO THIS? At just 35 minutes, it’s a perfect palate-cleanser to play between other albums. Not to mention a swell summer selection, thanks to all the breezy vibes and buoyant emotions.

IF THIS ALBUM WERE A PRESCRIPTION DRUG, WHAT KIND OF DRUG WOULD IT BE? A mood elevator with zero negative side-effects.

SHOULD I BUY, STREAM OR STEAL IT? Resistance is futile.