Luke Cyrus Hunter gets down with an Old School Jam in his new single and video — premiering exclusively on Tinnitist.

A retro fusion of funk, R&B, and hip-hop laced with synthy grooves, the catchy Old School Jam pays tribute to a number of sources:’70s R&B, ’80s hip-hop and the city of Toronto.

“I can remember when hip-hop was new, and artists like Rob Base, Run-DMC and Young MC were breaking into popular music; it was fun and exciting,” explains Hunter. “That was the starting point for this song … and as I was writing it, I realized I wanted to show my appreciation for these artists, and the inspiration that they have given to me.”

The first track that caught his ear was Young MC’s Gotta Roll With the Punches. “I wrote the name of the song down. I also came across an artist by the name of D Train — who I had never heard of — and his song You’re the One For Me, so I wrote that down too. Later on, when I looked at the paper I realized I had the first line for my song: ‘D Train, you’re the one for me / Gotta roll with the punches like Young MC.’ It was too good not to use.” 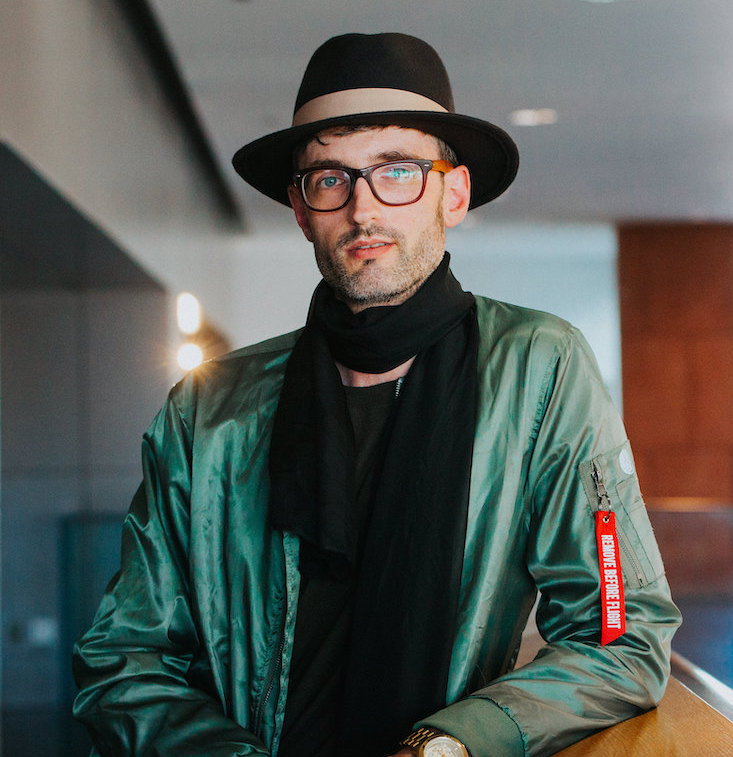 And too good not to spark a music video. “I decided to push myself and my artistic capabilities by creating a music video for the song I had written. This was my first time shooting a music video on my own. My goal was to incorporate the concepts of creativity and design thinking (that I have been learning about in a class at Laurier University) into the artistic process of making this video. It was important to me that I show appreciation for this music that I was referencing. The goal of the video was to not only create an engaging and novel video, but to make connections to the lyrical content, and to pay tribute to black culture and some or all of the artists whom I mention in the song.”

Old School Jam features longtime collaborator and close friend Wayne Bond on drums, with Luke on vocals, guitar, keyboard bass and a mix of vintage and modern keyboards. Hunter’s debut solo album Re-New was released in 2017. This summer, he’s continuing on with the path set out on Re-New with a series of singles.