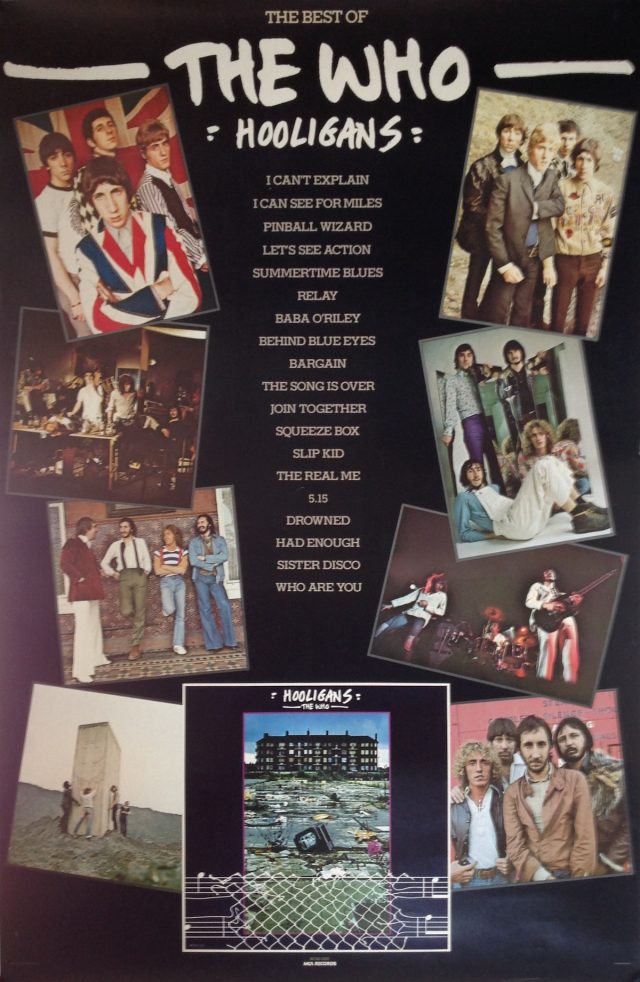 The main thing I remember about The Who’s Hooligans anthology is that I barely remember it at all. I had to look it up online to find out that the chronologically sequenced ’70s-centric set was issued in late 1981 — just in time for the holidays — and its main claim to fame was that it included a few non-album singles that were somewhat rare in the pre-Internet days before everything was just a click away. For those keeping score at home, those tunes were 1971’s Let’s See Action, along with 1972’s Join Together and Relay — all leftovers from Pete Townshend’s aborted Lifehouse project. Also of note for completists: For no good reason whatsoever, the version of 5:15 is from the Quadrophenia soundtrack in 1979, not the original 1973 album. Obviously, this wasn’t enough to make Hooligans an essential entry for Who fans. But hey, at least they weren’t deluded enough to include anything from Face Dances, which has come out earlier in the year. And I think you’ll agree that they sure did a swell job with the promo poster, which features a selection of classic shots from various points in their career. If you’re a Who fan and you’d like to own this, email me and we’ll work out something.