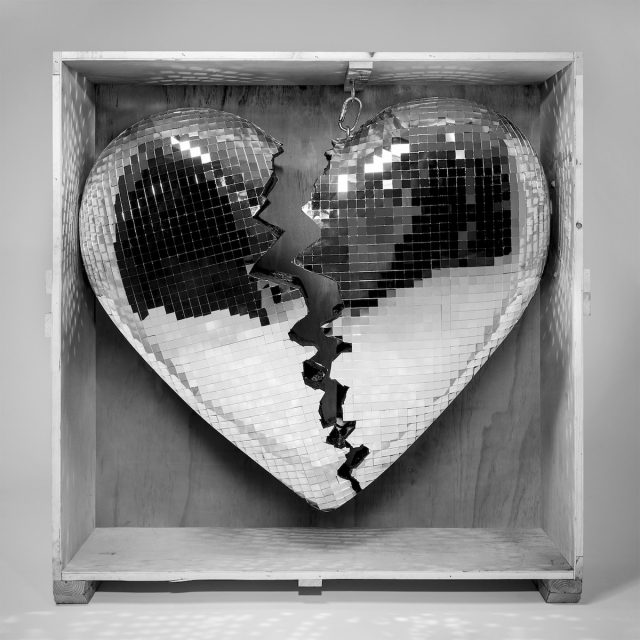 WHO IS HE? The stepson of Foreigner guitarist Mick Jones, the youngest intern in the history of Rolling Stone Magazine, and — more to the point — the Midas-touched producer and songwriter behind chart-topping, career-making hits for and/or with Amy Winehouse, Bruno Mars, Lady Gaga and umpteen others.

WHAT IS THIS? His fifth solo album and the followup to his million-selling 2015 outing Uptown Special, which starred a little ditty you might have heard called Uptown Funk.

WHAT DOES IT SOUND LIKE? The broken heart-shaped disco ball on its cover says it all. Late Night Feelings is a glossy, meticulously produced breakup album brimming with moody pop melodies, midtempo dance grooves and melancholy lyrics voiced by a succession of female vocalists including Alicia Keys, Miley Cyrus, Camila Caballo, Lykke Li, Angel Olson and others. Ronson himself has repeatedly and enthusiastically called it a disc of “sad bangers,” which is both totally accurate — and undoubtedly one of the least-appealing marketing lines ever devised for an album. Not that it will stop this from being nominated for (and likely winning) umpteen more Grammys for his trophy case.

WHAT WOULD BE A BETTER TITLE FOR THIS ALBUM? Dancing With Myself. Or better yet, Dropping The Glitter Ball.

HOW SHOULD I LISTEN TO IT? While sitting alone on the edge of the dance floor in your white suit, ruefully watching the other couples on the floor.

WHAT ARE THE BEST SONGS? Alicia Keys’ Truth has enough funk in the trunk and cut in its strut to stand out from the rest of the pity party. Ditto the twangy, ’60s-infuenced country-disco of Miley’s Nothing Breaks Like a Heart.

WHAT WILL MY FRIENDS AND FAMILY SAY? ‘Dude needs to snap out of it and just go on a date already.’

HOW OFTEN WILL I LISTEN TO THIS? Every time you have a broken heart yet still feel like dancing.

IF THIS ALBUM WERE A FRIEND, WHAT KIND OF FRIEND WOULD IT BE? That guy who can’t stop talking about his ex, even when he’s dancing with other women at the club.

SHOULD I BUY, STREAM OR STEAL? Stealing seems like adding insult to injury. But you shouldn’t pay anything more than lip service to this sob story.