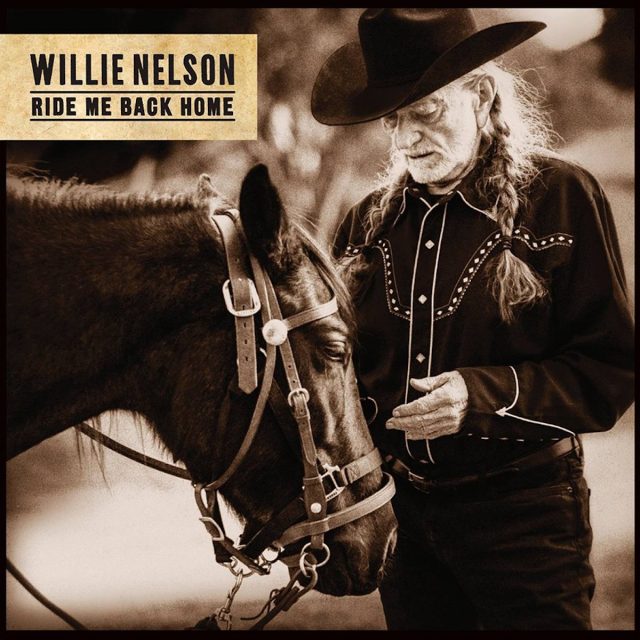 WHO IS HE? The Red-Headed Stranger. AKA Shotgun Willie. AKA Booger Red. AKA The Ambassador to Weedville. AKA Sister Bobbie’s Little Brother. AKA Trigger’s Master. AKA The World’s Oldest Pothead.

WHAT DOES IT SOUND LIKE? Three chords and the simple truth about life, love and growing old — delivered with relaxed grace and unvarnished beauty by a living legend and musical icon who’s been there, done that, rolled it up and smoked it, but still hasn’t lost his hickory-smoked rasp, crooner’s delivery and jazzy approach to guitar solos.

WHAT WOULD BE A BETTER TITLE FOR THIS ALBUM? Full Nelson.

HOW SHOULD I LISTEN TO IT? The same way Willie made it would only seem appropriate. Though it goes down smooth no matter what state you’re in.

WHAT ARE THE BEST SONGS? Depends on how you take your Willie. If you like his lighter upbeat fare, you’ll dig the two-stepper Come on Time and the noirish country-jazz of Seven Year Itch. If tear-in-your-beer ballads are to your taste, try out the honky-tonk number Stay Away From Lonely Places and the Tex-Mex-flavoured One More Song to Write. And if you prefer cover tunes, his takes on Guy Clark’s My Favourite Picture of You and Immigrant Eyes should be your first stop, followed closely by his remake of Mac Davis’s comic country waltz brag-fest It’s Hard to Be Humble, co-starring sons Lukas and Micah. You might want to skip his rootsy rendition of Billy Joel’s Just The Way You Are, however. It’s the one misfire in this-otherwise flawless set.

WHAT WILL MY FRIENDS AND FAMILY SAY? ‘Whatever he’s smoking, it’s clearly working. Where can I get some?’

HOW OFTEN WILL I LISTEN TO THIS? It might not add any classics to your Ultimate Willie Playlist, but it will tide you over nicely until he puts out his next album in a few months.

IF THIS ALBUM WERE CLOTHING, WHAT KIND OF CLOTHING WOULD IT BE? An old threadbare sweater that looks like hell and went out of fashion decades ago, but still feels warmer and more comfortable than anything off the rack.

SHOULD I BUY, STREAM OR STEAL? Willie can always use a few more bucks for his stash.