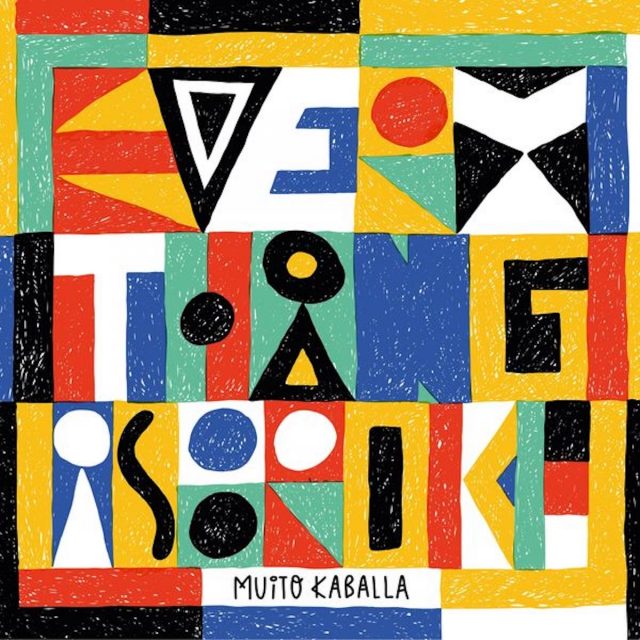 WHO IS HE? A German one-man band armed with plenty of talent, a slew of instruments and a looping station.

WHAT IS THIS? His debut album, released after he made his name performing on the streets of Cologne with his customized cart.

WHAT DOES IT SOUND LIKE? Stylistically, it’s mostly Afrobeat, with heavy doses of funk and jazz. But more importantly, it sounds like an actual band, despite the fact that Muito Kaballa does everything singlehandedly.

WHAT WOULD BE A BETTER TITLE FOR THIS ALBUM? One Is the Onliest Number.

HOW SHOULD I LISTEN TO IT? By yourself, of course.

WHAT ARE THE BEST & WORST SONGS? The irresistible Lugar ao Sol and Mblue Mwule kicks things off on the good foot; ironically, The Easy Way, one of the few vocal tracks, feels like a stumble.

WHAT WILL MY FRIENDS AND FAMILY THINK? ‘I don’t care if it’s cultural appropriation; it’s got a good beat and you can dance to it!’

HOW OFTEN WILL I LISTEN TO THIS? Not as often as Fela Kuti, but every now and then.

IF THIS ALBUM WERE A CARD GAME, WHAT GAME WOULD IT BE? Solitaire, naturally. And he’s got a winning hand.

SHOULD I BUY, STREAM OR STEAL? Well, since there’s only one of him, he probably doesn’t need the money THAT badly.