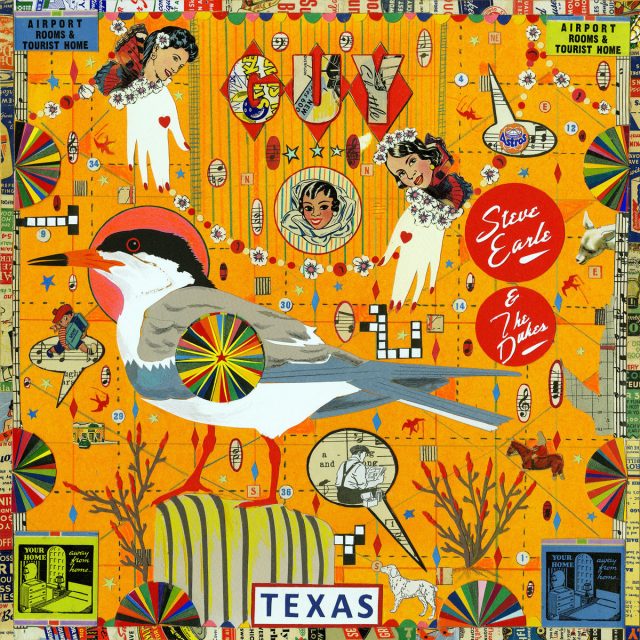 There are songwriters. And there are songwriters’ songwriters. Steve Earle likely belongs in the latter category. The late, great Texas troubadour Guy Clark definitely does. Don’t take my word for it; take it from Earle, his longtime friend and onetime protege (and touring bass player). “He was wise,” the singer-songwriter told me when we spoke on the day of Clark’s memorial back in 2016. “He showed me a bunch of things. He didn’t expect me to do them that way; he just thought it would be helpful if I saw how he did it, and he was willing to show me. I had a really old-fashioned, Old World apprenticeship. Not everybody gets that anymore. I was lucky.” We’re the lucky ones now. A decade after Earle paid tribute to fellow songwriters’ songwriter (and fellow mentor) Townes Van Zandt, Earle does the same for Clark on the simply titled Guy. And he does it with all the love, respect, reverence and honesty you’d expect. Earle says it was recorded fast and with few overdubs, and you can tell: These 16 slices of country, folk, roots-rock, honky-tonk and Americana have a vibrant, lively immediacy and rough-hewn earthiness that honour Clark far better than any slick, fussed-over production ever could. Naturally, the set includes essentials like the buddy tale Desperados Waiting For a Train, the railroad song Texas 1947, the Left Coast cruiser L.A. Freeway, the gritty Dublin Blues, the shitkicking Heartbroke, the grim Last Gunfighter Ballad and the devastating father-son tale Randall Knife. But Earle also skips a few classics to make room for personal faves like the country waltz Anyhow I Love You, the gravel-crunching Out in the Parking Lot and the loving album closer Old Friends (which includes Emmylou Harris, Rodney Crowell, Jerry Jeff Walker and others). It’s no surprise that the scuffed twang of Earle’s well-weathered pipes suits the material just fine. It’s also no surprise that aside from a few minor instrumental tweaks, he stays true to the spirit, style and sound of Clark’s originals. After all, that’s the finest tribute anyone can pay to a songwriters’ songwriter.