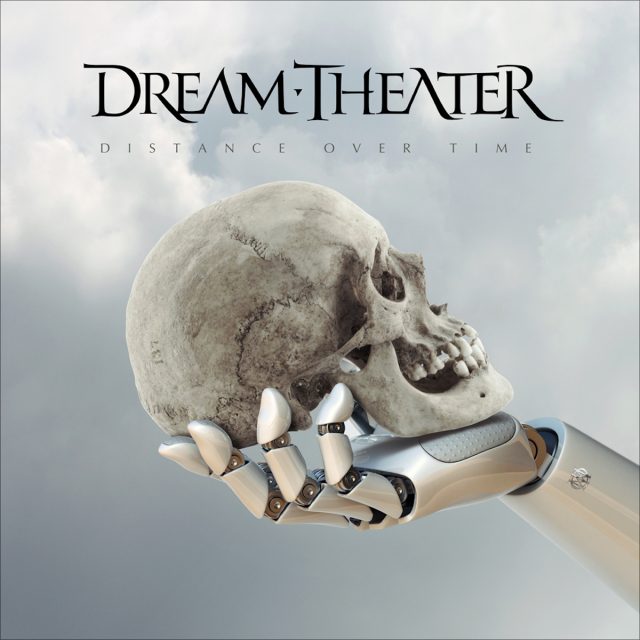 Speed. That’s what you get when you divide distance by time. And when it comes to Dream Theater’s 14th studio album Distance Over Time, that’s apparently no accident. Speed was apparently one of the driving forces behind the disc — the entire thing was reportedly written in just 18 days. That would be remarkable for any artist, never mind a band that specializes in multi-part prog-metal epics laced with prime-number time signatures, virtuoso performances and lofty lyrical concepts. That brisk pace is hard to miss in the finished product; the nine-song album clocks in at a mere 56 minutes, their shortest album in nearly two decades. And while the band hasn’t completely abandoned its attention to detail or musical ambitions, many of these tracks are tighter, leaner, heftier and more focused than much of their recent work. They’re also a few degrees heavier, with grittier guitars and punchier beats that lean more toward the metal side of their split personality. Granted, it’s hard to think of a disc as a back-to-basics affair when it includes songs that last seven, eight and nine minutes, sung by a guy who can make Rush and Geddy Lee seem like a garage band fronted by a baritone crooner. But in comparison to 2016’s The Astonishing, a two-disc concept album about (yawn) rebellion in a dystopian future, this simple, song-driven set is practically pop — relatively speaking, of course. In fact, so many of the album’s benefits have to be expressed in relative terms that it makes you think maybe they should have gone with a different title equation: E=MC2.