Still Eighteen bare their teeth with the video for their new single Carnivore — premiering exclusively on Tinnitist.

“Carnivore is a driving alternative rock song that satirically depicts a man’s insatiable greed and his ravenous appetite for more, with no regard for the consequences,” explains the band, which features former Platinum Blonde and Trixie Goes Hollywood singer Joey Ciotti, along with his wife Karen on drums and daughter Samantha on bass.

That’s right, they’re a family band. But if you’re expecting warm ’n’ fuzzy, sing-songy tunes, you can ditch that image — and replace it with one where Jack and Meg White have a badass baby that grows up to join them. 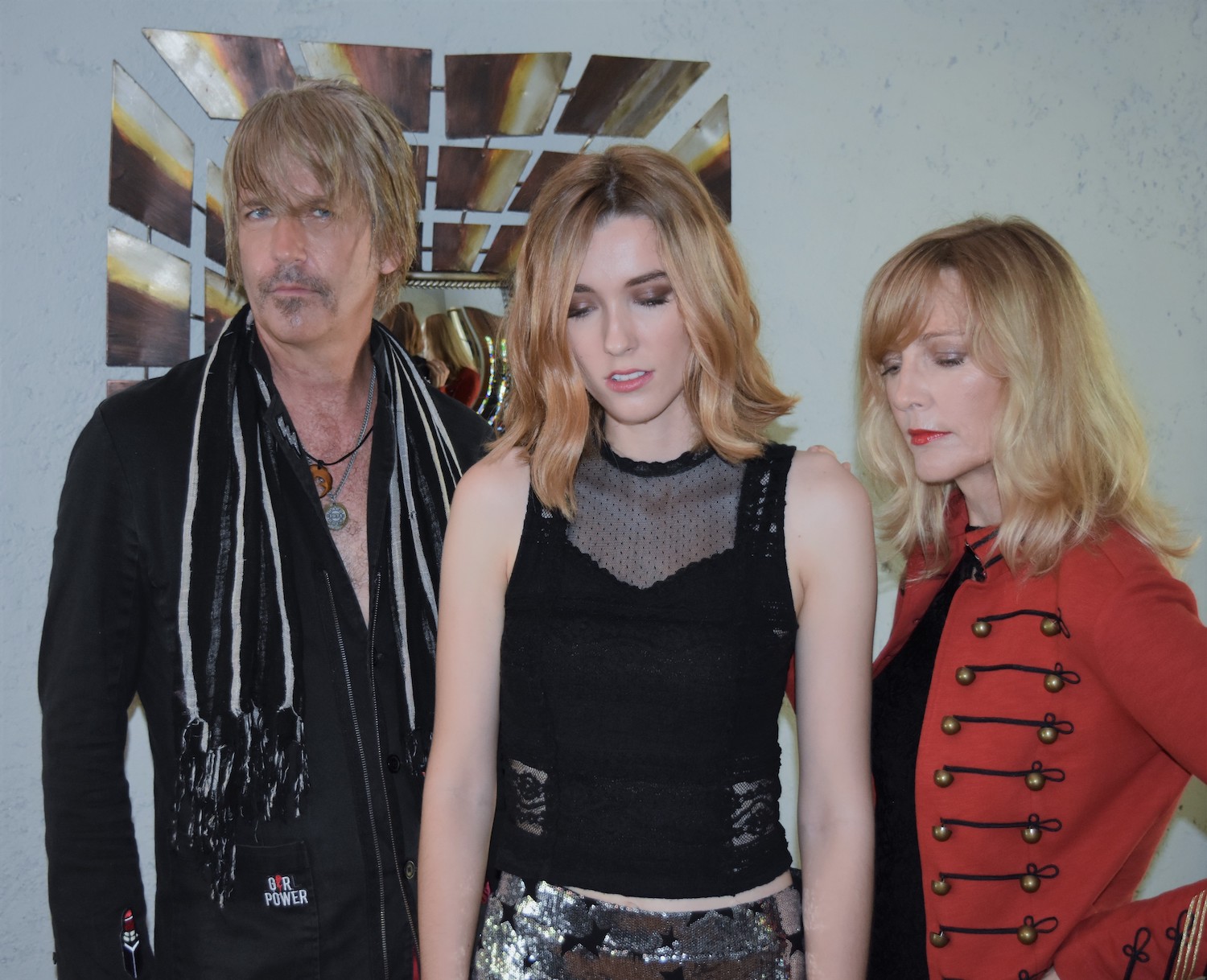 “Music has been my dream since I was four years old, and I have been following the ups and downs of it ever since,” says Joey. “But now, music has a new significance for me … I remember seeing Mick Jagger on TV in his studio, singing with his daughter, and I thought: ‘I want to do that … I want to be in a band with my daughter.’ Samantha was only a small child at the time, but I held onto the vision. Here I am in Still Eighteen with my precious daughter, and my amazing wife, too!”

Karen feels the same way. “Having the opportunity to be in this band with my best friends in the world — Joey and Samantha — is a dream.” Karen herself serves as an additional beacon of inspiration when it comes to pursuing one’s dreams and passion. “I’m so inspired by the fact that my mom learned an instrument later in life, and loves it,” says Samantha. “My parents rock!”

Carnivore falls firmly in line with Still Eighteen’s signature blend of hard-hitting riffs and topical lyrics, and makes a fitting followup to their debut EP Bullets to Dust, which tackled topics like war, greed and environmental degradation.