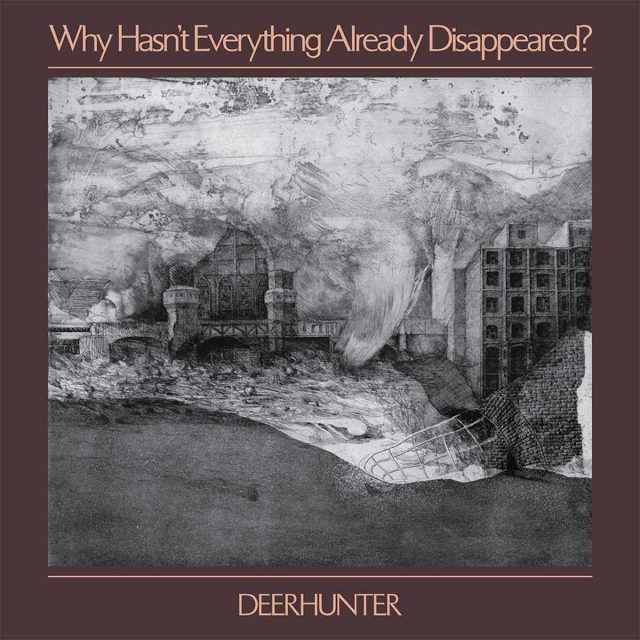 Nostalgia is toxic. Death is everywhere. We exist in the vomit of the 20th century. And your cage is what you make it. So posit the enigmatic Bradford Cox and his Deerhunter bandmates on the Atlanta outfit’s eighth studio album Why Hasn’t Everything Already Disappeared? It’s a fair question. And one that frontman, lyricist and chief songwriter Cox never shrinks from over the course of these 10 tracks. Death in Midsummer seemingly revisits the carnage of the Russian Revolution while serving as a metaphor for the death of the American working class. No One’s Sleeping was apparently inspired by the murder of British MP Jo Cox. Element appears to paint a picture of a landscape after nuclear holocaust. And those are just three of the first four songs (the other one is an instrumental). Cox’s worldview doesn’t get much brighter from there. But at least his musical breadth and ambition haven’t dimmed at the same rate as his optimism. Co-produced at his Texas studio with the help of Welsh singer-songwriter Cate Le Bon and returning collaborators Ben Allen and Ben Etter, these challengingly eclectic and esoteric indie-rock experiments manage to be simultaneously elegant and unvarnished, expansive and confined. Pulsing harpsichords and ringing pianos give way to squalling guitars and clattering drums. Soulful horns dance around swirling keyboards. Percolating African percussion pops beneath candy-floss synthesizers. Stately strings and teardrop arpeggios underscore the monologue of a robotic voice that fatalistically promises, “There is not much left to go / Your struggles won’t be long.” By the end of the surprisingly tight 36-minute set, we still don’t really understand why everything we know and love hasn’t already vanished. But we might know why Deerhunter have never had a hit single.