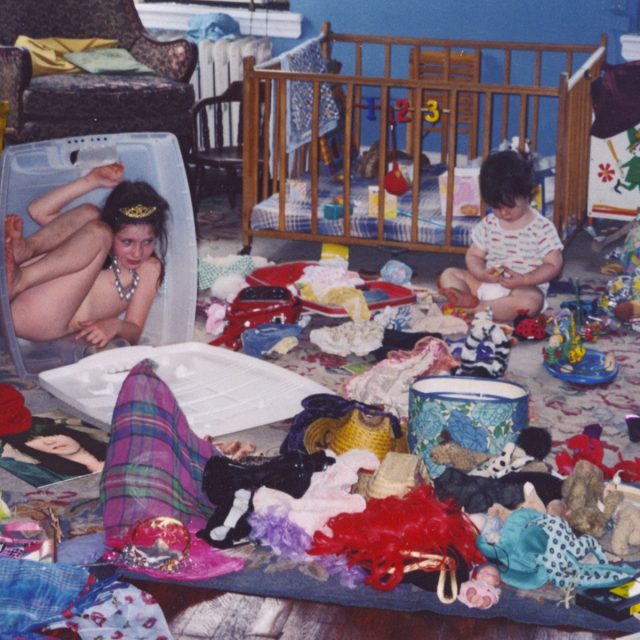 Life gets messy. So messy that sometimes, all you can do is try to embrace the disarray and make yourself at home. That almost explains the cover of Sharon Van Etten‘s fifth album Remind Me Tomorrow, where her picture is all but concealed among the shambles of a children’s playroom. And it definitely explains the songs within, which finds the 37-year-old singer-songwriter returning to music after a hiatus, realigning her approach as a result of changes in her life — and ending up with her most distinctive and potent work in the process. Remind Me Tomorrow was written while Van Etten was pregnant with her first child, acting in the Netflix drama The OA, burned out from scoring a film and studying to become a mental health professional. That upheaval is reflected in these 10 tracks, which nudge folk-rock guitars aside to make room for squelching synthesizers and headnodding grooves produced by former St. Vincent and Lana Del Rey collaborator John Congleton. Sonically, his noisy textures and cavernous spaces might feel like familiar turf. But Van Etten’s harrowingly personal songcraft takes this several shades deeper and darker. Album opener I Told You Everything hints at a tale of brutality shared over drinks at the bar; Seventeen finds Van Etten giving a pep talk to her younger self; the breakup song No One’s Easy To Love is summed up by its title. Indeed, this is not easy listening. Just as it was surely not easy creating. But between her unflinchingly piercing lyrics, more expansive sonic palette and more freewheeling approach, Van Etten has made a place amid the chaos. And perhaps set herself up for a better tomorrow. If not a tidier one.