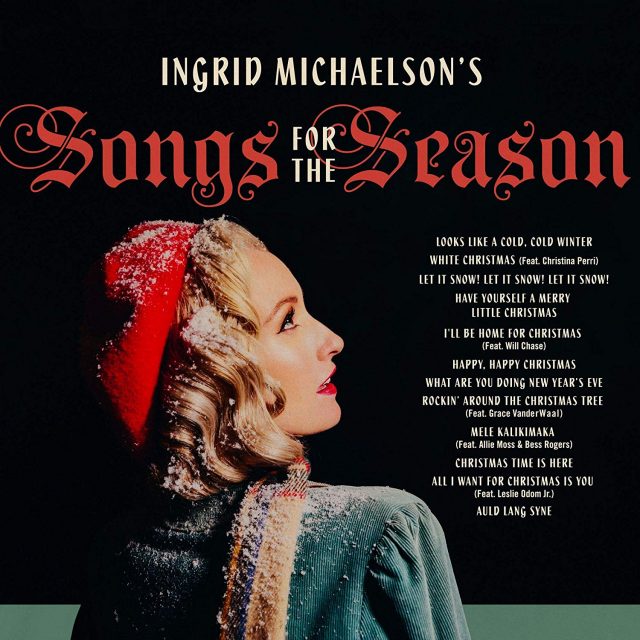 It’s the Christmas album of the decade — assuming the decade you’re talking about is the 1950s. Singer-songwriter and actress Ingrid Michaelson dials down her adult-contemporary pop persona to fire up the wayback machine on her latest holiday release Songs For the Season. And she tunes into the good old days with precision and perfection. From the old-timey trap drums and tinkling glockenspiels to the lush horn charts and close vocal harmonies, these dozen tracks harken back to a simpler, sweeter time before she (and most of her fans) were born. For the most part, the set list follows suit, leaning heavily on classics from Tin Pan Alley tunesmiths like Irving Berlin, Sammy Cahn and Frank Loesser — though there’s also a rendition of Mariah Carey‘s All I Want For Christmas is You here to entice the millennials, along with one new original from Michaelson. Not that you’re likely to notice either one. To her credit, Michaelson executes everything with nostalgic authenticity and cozy sincerity, never coming off as corny, cloying or worst of all, winkingly hipster-ironic. Which is to say: Songs For the Season might be the one new Christmas album that you, your grandparents and your teenagers can all enjoy together. In this decade and the next.