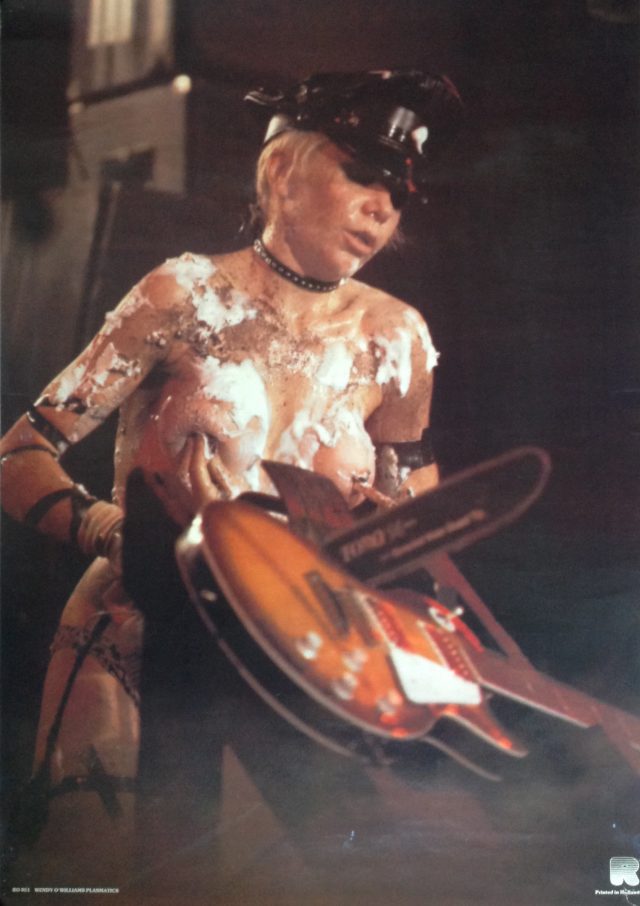 How many people remember Wendy O. Williams and The Plasmatics these days? Whatever that number is, it’s not enough. Love them or loathe them, The Plasmatics were definitely one of a kind. They were the first band to sport mohawks. They destroyed everything in their path. Their ultra-simple, ultra-heavy songs blurred the line between punk and metal. And then there was Williams, a former porn star who had a voice like Linda Blair mid-exorcism and spent almost as much time onstage wielding a sledgehammer or chainsaw as she did singing. As Blondie’s Debbie Harry put it a few years back: Williams “was such a big deal back then. She showed her tits and she blew up cars on stage and broke TVs – and now it would just be normal.” I don’t know about that. But I do know I was thrilled to have a front-row seat to see The Plasmatics live on my 18th birthday. It was every bit as insane as you would expect, with a whip-creamed Wendy wreaking havoc as the band — I believe former Alice Cooper member Neal Smith was on drums — tore through classics like Pig is a Pig, Headbanger and Butcher Baby. This poster was not shot at that show, but it easily could have been. If you’d like to own it, email me. And don’t worry; I have other Plasmatics posters — I was a member of their fan club! RIP Wendy. UPDATE: This poster has been sold.