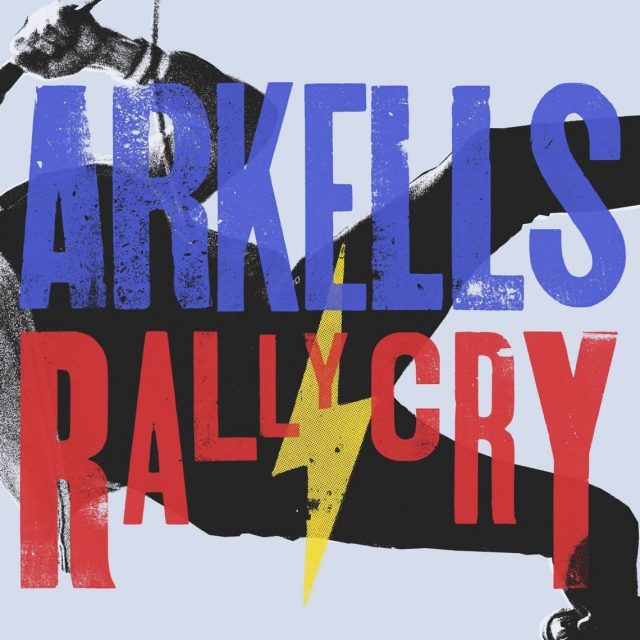 Some people have a natural sense of fashion. They can grab two or three pieces of clothing that don’t belong together, slap them on and look like a million bucks. Others have a knack for decoration. They can combine weird colours and patterns, or arrange scraps of detritus from the dump into something totally functional, original and cool. Max Kerman of Hamilton pop-rockers Arkells has the same skill when it comes to music. He can mix and match sounds and styles and elements with abandon, top it all with his own idiosyncratic lyrics and melodies, and come up with a chart-topper that will have arena crowds singing along and Junos amassing on his mantle. It’s a skill he’s displayed since their early days. But perhaps never moreso than on their fifth full-length Rally Cry. Continuing to expand his horizons and abilities, Kerman’s stylistic foundation this time out includes heartland rock, disco, soul, R&B, hip-hop, gospel and more. Then he sprinkles it with everything from silken strings and Baker Street saxophone to South African pop vocal samples. And sets it all against openhearted lyrics about love and romance, the persistence of Gordon Downie, the mass murder in Las Vegas, the political climate in the U.S. and whatever else comes to mind. By rights, it should be a mess. But as always, Kerman pulls it all together expertly, leaving you with 10 artfully arranged slices of top-shelf pop. “This time I ain’t bluffing,” he declares at one point. As if we didn’t know. Rally ’round.