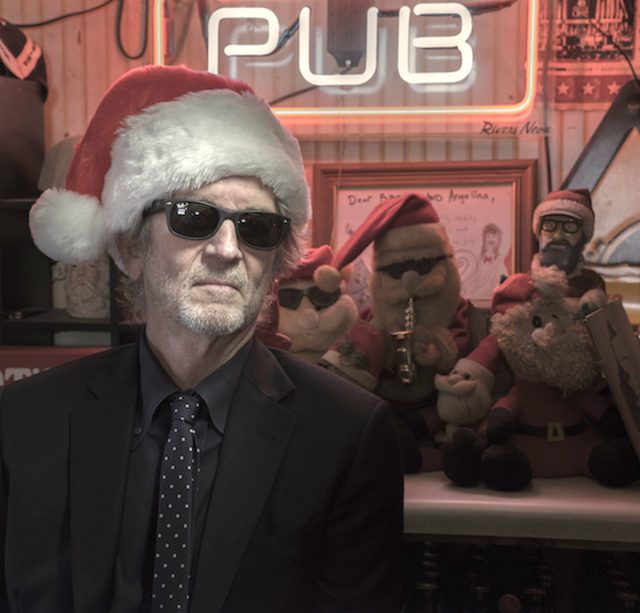 Rodney Crowell gets in the holiday spirit, Tiny Ruins walk it off, Matthew E. White sees no future, Daniel Romano folks it up and more in today’s roundup. Let’s unwrap the presents:

1 | Nashville legend Rodney Crowell is Santa’s little helper in the surprisingly sincere roots-rock carol When the Fat Guy Tries The Chimney On For Size, from his Nov. 2 album Christmas Everywhere. SEZ THE PRESS RELEASE: “Since the arrival of my first child, the Crowell family has detonated 41 Christmas bombs, discarding in that time-span enough wrapping-paper to be held accountable for the deforestation of, I’m guessing here, 20-plus acres of prime timberland. In defense of our participation in the commercialization of baby Jesus’s birth, the best I can offer is the fact that for the last two decades we’ve conscientiously recycled the aftermath.” Ho ho ho:

2 | Tiny Ruins singer-songwriter Hollie Fullbrook takes it outdoors on the video for Olympic Girls, which also happens to be the title of the New Zealanders’ upcoming third album. SEZ THE PRESS RELEASE: “There isn’t room for any complicated visual concept with this song. It needed to be just me ‘showing up’ and telling the story with intent. The song references mud and wasteland-like scenes and I wanted a feeling of being laid bare/not hiding behind anything. This walk around little muddy creek, close to where I live, is one I do often.” Take a stroll:

3 | Virginia singer-songwriter Matthew E. White shares the song No Future In Our Frontman, a new ditty about the current political disaster. SEZ THE PRESS RELEASE: “I believe that Donald Trump is a corrupt, depraved and incapable leader. Along with being unconscionably egomaniacal, his presidency regularly traffics in our worst prejudices, peddles bigotry, and violently disregards truth by both encouraging ignorance and actively participating in deceit. This song is an acknowledgement of our current political disaster and a call for resistance.” Tell us how you really feel:

4 & 5 | Singer-songwriters The Weather Station (a.k.a. Tamara Lindeman) and Jennifer Castle join forces on a split single. The Weather Station’s I Tried to Wear the World (featuring Jennifer Castle) and Castle’s Midas Touch (featuring The Weather Station) were recorded in a single day. SEZ THE PRESS RELEASE: “I’ve looked up to Jennifer for a long time and she’s been a songwriting and singing hero of mine for probably forever,” said Lindeman. “I came to the project via Tam, and it seemed like a really rare opportunity to go into the studio and have that resource provided for us,” commented Castle. Double your pleasure:

6 | Daniel Romano connects with his inner ’60s folksinger — and his inner jumping jack — on the slo-mo video for The Reaching Trims, from his Nov. 30 release Finally Free. SEZ THE PRESS RELEASE: “On every record I make strict limitations for myself,” Romano says. “This was by far the most extreme, but I also believe it has rendered the most honest and liberating results.”

7 | British art-popster dodie makes a friend — literally — in the creative video for Human, from her upcoming EP. SEZ THE PRESS RELEASE: “Human is a song about connection, deep interest and excitement for a new relationship, in which dodie sings over soaring strings and baritone ukulele: ‘Paint me in trust, I’ll be your best friend. Call me the one, this night just can’t end.’ ” Be the third wheel:

8 | Toronto’s High Loves perfectly capture the joyous sound and bouncy style of ’80s British pop in the instantly addictive single Serotonin, from their forthcoming EP of the sa-sa-sa-sa-sa-same name (listen to the song and you’ll see what I mean). SEZ THE PRESS RELEASE: “Our mission is to perform music that comes from a true place of passion and inspiration – no gimmicks, just raw and genuine.” Mission accomplished, lads:

The High Loves Have Never Been So Sure Of It

The High Loves Will See You Sometime

The High Loves Say Hey, Call Me Back