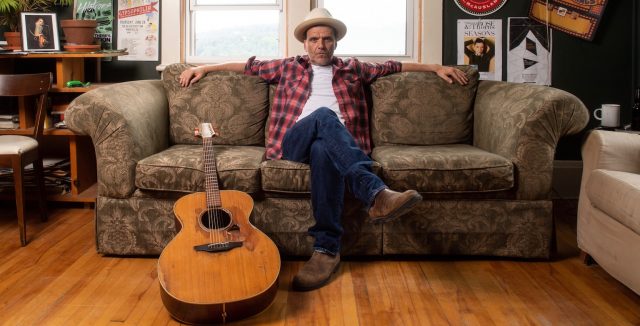 It took an intervention to get Mike Plume back on tour.

No, not THAT kind of intervention. The singer-songwriter didn’t need rehab. He needed to be reminded the road is where he belongs.

“Basically, my wife and daughter sat me down one day in 2017 when we having dinner,” the Edmonton-based roots-rocker says from a hotel in Ontario. “They said, ‘Listen, you need to be on the road. It’s the only thing you’re good at. This is what you do, man.’ “

Thing is, it wasn’t something he’d done extensively or regularly for more than a decade. Not since he became a dad in 2004.

“From 1989 to 2004, I was playing 200 shows a year. My record was 249 one-nighters in a year. But when my daughter was born, it was like, ‘I don’t feel like doing this anymore.’ Regrettably, I hadn’t made enough money to justify taking 10 years off to be a stay-at-home dad. But that’s pretty much what I did. I just walked away from it. I thought it was over.”

But after getting his family’s blessing, Plume — long one of Canadian music’s best-kept secrets — has jumped back in with both feet, releasing his superb comeback disc Born By the Radio and returning to his road-dog ways. En route to a string of solo dates in Western Canada, he took his foot off the throttle long enough to discuss being on the back nine, putting one over the plate and Forrest Gumping his way through life. Some highlights: 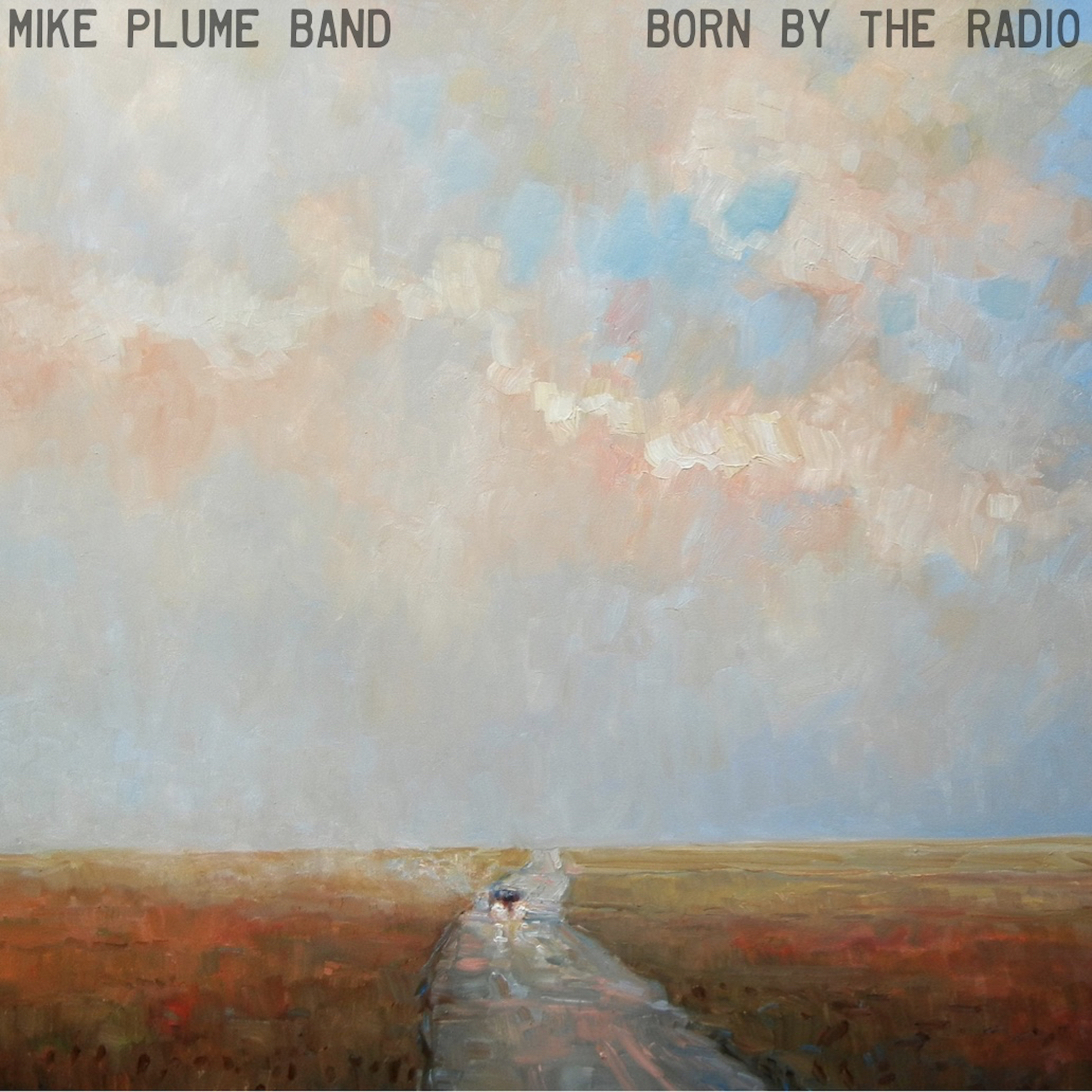 Congrats on getting back on the road. How many Canadian tours do you think you’ve done?
Coast to coast? Phew. I’ve driven from Toronto to Edmonton at least … well, as I say in a song, a dozen dozens. So whatever that is — 140 times? But I bet I’ve done 60 round trips. So about 120 trips across the country.

Also, congrats on turning 50. How does that feel?
I’m halfway to 100. I don’t feel like i’m 50. I still feel like I’m 18 until I catch a glimpse of myself in the mirror and say, ‘Who’s that guy?’ It’s like Mellencamp says in The Real Life: ‘There’s less days in front of the horse than riding in the back of this cart.’ So unless I hit 100, there’s a good chance I’m officially on the back nine. I mean, I hope I’m only teeing off on the 10th hole, but for all I know I could be strolling down the 18th fairway.

Have you learned anything from turning 50?
What’s that saying? The more you learn, the less you know. I think that sort of rings true. When I was 23 and 24 making my first record, I acted like I was working on a cancer cure. I’m not so sure that’s the case anymore. I mean, you take your job seriously and you want to be as good as you possibly can. But at the same time, I’m just trying to entertain people as best I can, you know? I’m aware that I’m just trying to provide entertainment.

When you were off the road for those years, how did you make money?
Well, I had a publishing deal in Nashville. So I was trying to write songs that would appeal to recording artists in Nashville. But I couldn’t have failed more miserably. It just didn’t work. And most of the songs I wrote didn’t even work for me, because they were just this pale version of what I wanted to do. I was no good at it, in a nutshell. But then I just kind of Forrest Gumped into doing narration work. From 2005 to 2014, I made the bulk of my salary doing Chevy Silverado commercials. Once a month I would go in the studio for 15 minutes and say, ‘The next-generation Chevy Silverado: The 2012 Motor Trend Truck of the Year.’ It was a great gig — it paid very well. If I could have done that eight hours a day, 40 hours a week, I’d be living on an island in the Bahamas right now.

What’s the secret to surviving on the road as a 50 year old?
Sleep when you can, man. I always joke that I sleep eight hours a day — it may not be in a row, but it’s eight hours a day. And well, you can take a sip from the bottle, but it would behoove you not to finish every bottle you sip from, you know?

‘You can take
a sip from the
bottle, but it
would behoove
you not to finish every bottle
you sip from,
you know?’

Aside from gear and clothes, what do you take on tour?
I always have a bunch of books. Even if I don’t read ’em, I’ve always got books around me. Right now, in front of me, I am reading the Alan Doyle book Where I Belong. And right beside that on my nightstand is The Never-Ending Present: The Story of Gord Downie and the Tragically Hip. And I also have Bukowksi’s Run With the Hunted in my car. It’s kind of like his autobiography, as told through his books. And the other three books I have in my book bag are The Last Giant of Late Night, the Letterman book; Seinfeldia, about the Seinfeld show; and I have Ernest Hemingway on Writing.

Do you read them all at once?
Yeah, I go from one to the other. That’s the way I read. That’s the way I write too. I’m probably working on 60 songs right now. I’ll write a line and after I get bogged down, I’ll hop to the next song. I’ll play it and write a line or two. So I refuse to believe there’s any such thing as writer’s block. For me, all these songs sort of come down like banners in their own time. Now, there’s banners that might have only moved a foot over 10 years, but I revisit everything.

Have you always worked that way?
Well, when I was a kid of 23 or 24, I remember reading an interview with Hank Williams where he said he never spent more than five minutes on a song. And I remember reading that in the early days, Dylan was writing four songs a day. Knowing me back then, I probably assumed I was the third in that trifecta, so I wasn’t going to spend more than five minutes on a song either, and I was going to write four songs a day. Because of that, I took a lot of songs out of the oven before they were ready. I wouldn’t go back to them. And I listen to them now and go, ‘Would it have killed me to go back and tweak that lyric a bit?’ So that’s what I do now. 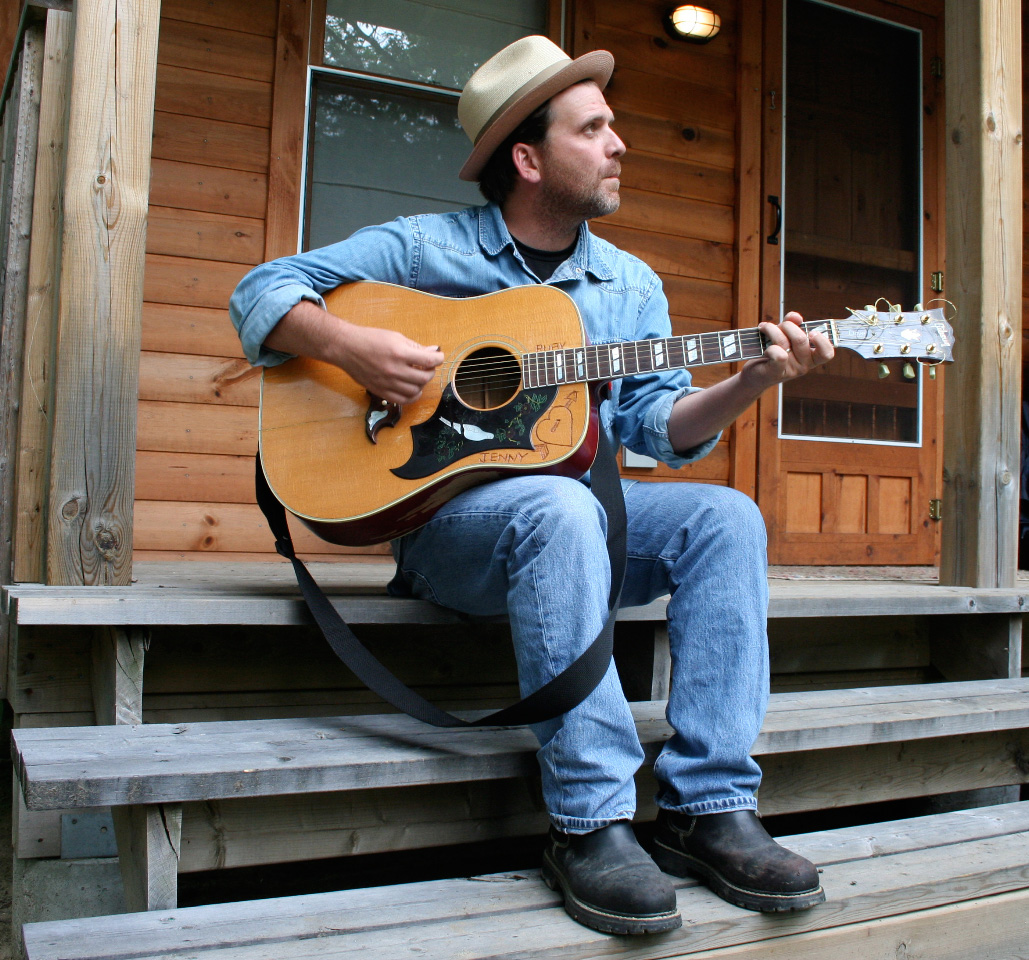 Did you have the whole Born By the Radio album planned ahead of time, or did it come together as you made it?
All I knew was I wanted the album to start with the song My Old Friend. I’ve been starting my shows with that for about six months now. I don’t write a set list when I play. After 3,000 shows, I trust my gut. I sort of look at it like I’m the pitcher and the crowd is the batter and I’m going to throw one over the plate and see what the crowd swings at. And depending how they react to that first song, that is going to tell me where I’m going.

So, where are you going in the bigger sense?
Well, as long as I can continue writing songs — and my next batch of songs are from the point of view of a guy who’s 50 — I’m fine. If you can just reflect where you are in your life, that’s a good thing.