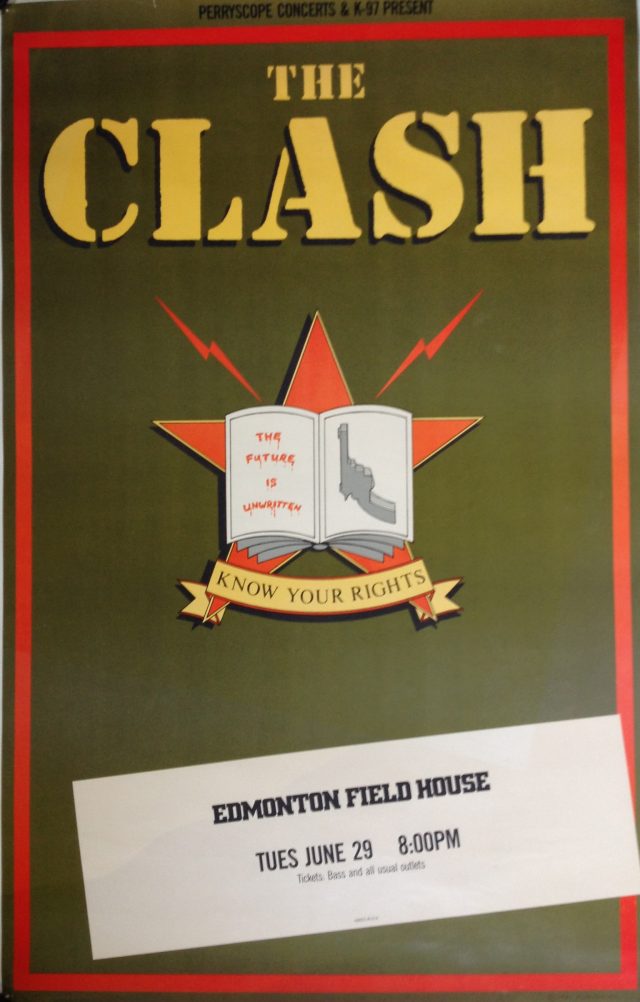 Did you ever see that episode of the Bruce McCulloch sitcom Young Drunk Punk where the kid tries to score tickets to a Clash concert in Calgary? I’m pretty sure it was inspired by their 1982 tour, which I also saw. Except I caught the show in Edmonton the next night. As I recall (and as an Internet search confirmed), it was a fairly raucous affair — after just a couple of songs, the band had to stop playing when the barricade in front of the stage collapsed from the pressure of all the rabid fans. After they got that sorted, Joe Strummer threatened to wallop some idjit who kept spitting on him. What more could you want? OK, granted, it wasn’t quite peak Clash — dynamic drummer Topper Headon had recently been sacked due to his drug use, and their then-new album Combat Rock, while solid, wasn’t exactly up there with London Calling. Still, it was the freakin’ Clash! And that counts for something. Here’s how I know:  About 15 years later, at SXSW, I was watching a set by The Good, The Bad & The Queen, which included bassist Paul Simonon. Some loudmouthed teenager sidled up next to me and started to brag that he’d seen also Strummer and Mick Jones live in their respective solo bands, so he’d basically seen The Clash. “I actually did see The Clash,” I responded as nonchalantly as possible. He instantly shut up, turned on his heel and walked away — presumably in search of more sympathetic ears. If you’d like to stop some young punk in his tracks with this authentic poster from the ’80, email me: I might be persuaded to part with it.