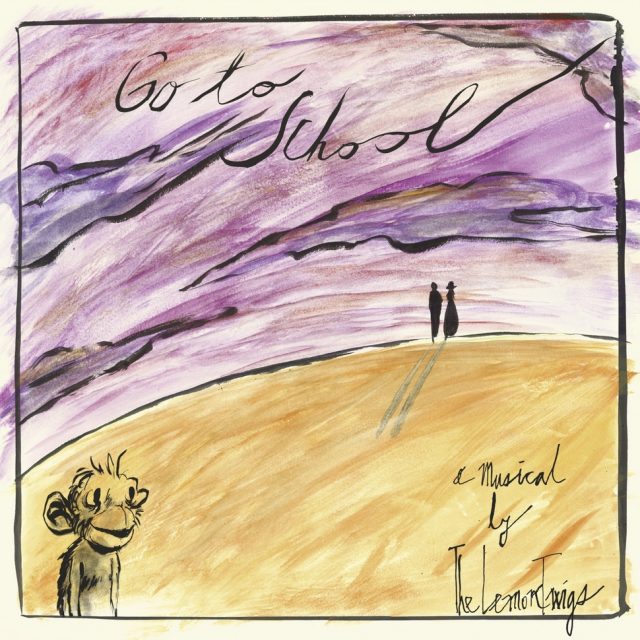 Well, this is truly bananas. In more ways than one.

For their much-anticipated sophomore album, retro-pop duo The Lemon Twigs — aka Long Island wunderkind siblings Brian and Michael D’Addario — up the ante on their already-impressive musical pretensions by crafting (you guessed it) a rock-opera musical. But not just any old musical: Go To School relates the undeniably unique tale of a monkey named Shane who is adopted by a childless couple following a miscarriage, eventually comes to believe he is a real boy and convinces his parents to let him attend classes where he deals with bullies, first loves and other youthful drama. No, seriously. Very seriously, in some respects.

While the setting might be called cartoonish, you don’t have to look far to see parallels with fairy tales like Pinocchio and Peter Pan, not to mention contemporary themes such as alienation, inclusion, diversity and empathy. But in the big picture, the Afterschool-Special plotline and off-Broadway libretto often take a backseat to the Twigs’ boundless artistic aspirations and ever-expanding technical prowess. As anyone who heard their outsized 2016 debut Do Hollywood already knows, the D’Addarios embrace the maximalist grandeur and unrestrained idiosyncrasy of the ’60s and ’70s at peak weirdness.

On these 16 cuts, that translates to anything-goes stylistic contortions, everything-and-the-kitchen-sink instrumentation and an overall vibe that owes less to the arena-rock spectacle of Tommy and more to the vaudevillian variety-show antics and eclectic eccentricities of Ray Davies, Harry Nilsson, Sparks, Jim Steinman, Todd Rundgren and Big Star. Those last two might loom a little larger here, if only because Rundgren himself voices the role of the father (their own mom handles the other parental lines) and Big Star drummer Jody Stephens guests on another cut. But make no mistake: The D’Addarios are the big men on this campus.

And while Go To School isn’t flawless — with its endlessly, rapidly shifting chain of melodies and licks and riffs and harmonies and duets and horns and strings and flourishes and touches and who-knows-what, it can seem more ADD outburst than meticulous construction — it puts The Lemon Twigs in a class by themselves once and for all. A for effort.