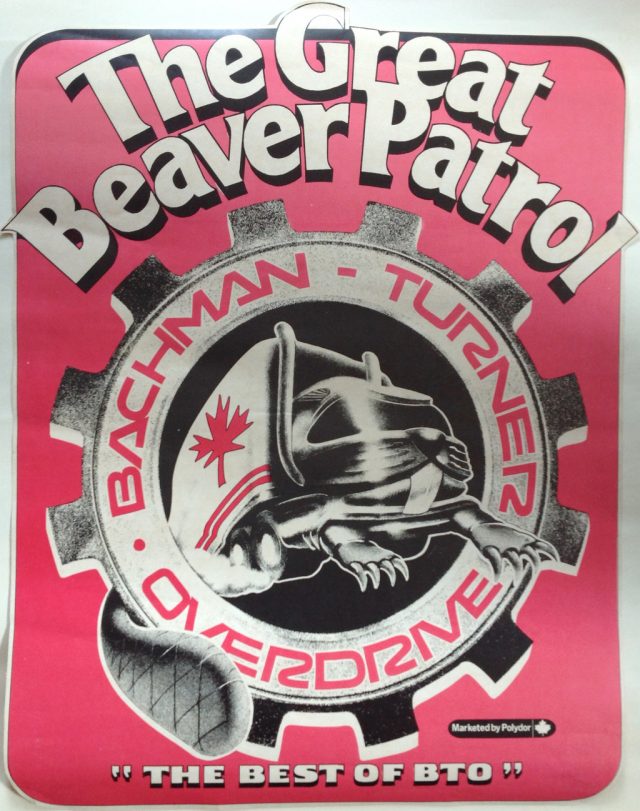 I started going to concerts in the mid-’70s — and hometown heroes Bachman-Turner Overdrive were one of the first bands I went to see. Hey, I was 12! And besides, they were literally from my neighbourhood — the Bachmans used to live down the street from me, and drummer Robbie even popped into my junior high school music class one afternoon when I was in Grade 7. Anyway, according to the Internet, their Great Beaver Patrol Tour — I’m sure Randy the Mormon loved that name — took place in 1976, so this is probably from that first show (I’ve seen them several times since). I can still remember the concert pretty vividly: Some long-haired Detroit up-and-comers named Bob Seger and The Silver Bullet Band were the opening act, and BTO played in front of that giant flashing light rig shaped like their gear logo (I believe they later dumped the thing in the desert at the end of a tour). I also scored a program from the show, which I gave to Randy when I visited with him in a recording studio in 2010 to preview his reunion album with old bandmate Fred Turner. I’m not sure where or how I got my hands on this poster, but the fact that I did — and the fact that I still have it — clearly shows I’ve basically been a hoarder from Day 1. If you’d like to add this to your personal hoard, email me; I’d be happy to sell it to someone who’ll give it a good home.