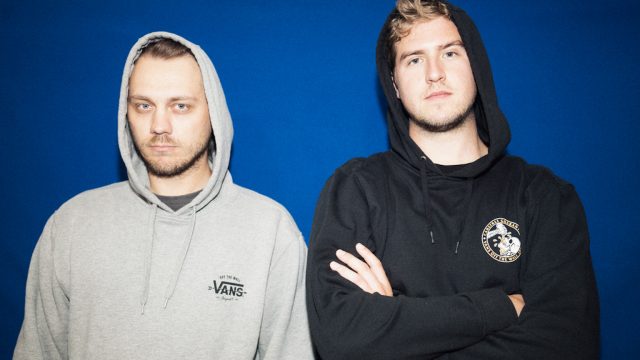 Most of the music I hear is sent to me by labels and publicists. But there’s nothing like getting it straight from the source. Welcome to the latest instalment of DIY Discovery, where I introduce you to artists who have sent me their music directly (and who don’t suck — that’s definitely part of the deal too). If you’d like to get in on this action, no problemo: Just click here or go to the Submit Music page, fill out the form and hit send. Or email me directly here. I can’t promise I’ll feature you, but if you’re as awesome as you think you are, it could happen. You never know. But first, check out today’s exceptional (and exceptionally unconventional) offering by two brothers from another planet: 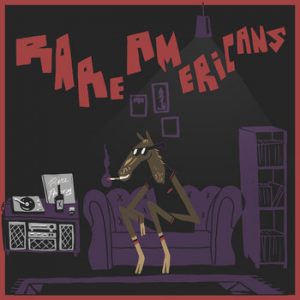 MY PITHY DESCRIPTION: Clever Canuckleheads colouring outside the fine line between genius and insanity.

WHO THEY SOUND LIKE: All your favourite indie-rock outliers joining forces on the soundtrack to an Adult Swim cartoon series.

IN THEIR OWN WORDS: “It started by my brother Jared & I taking a trip to the Caribbean in the spring of 2017. I was in another touring band at the time called The Lunas, and I told Jared it might be fun to try writing a song together on our trip. Being a big-thinker, Jared said, “A song? Fuck that, why don’t we write an album?” I laughed in the moment, but sure enough 10 days later the first 15 Rare Americans songs were born. Jared is 10 years my senior and I’m proud to have him as a big brother. The band is rounded out by longtime collaborator and guitar virtuoso Lubo Ivan, who grew up in the sticks of Slovakia and finally just got his Canadian PR after two long years of battling the Canadian government.

“Flash forward six months, we contacted Joe Chiccarelli, a 10-time Grammy winning producer who’d worked with artists such as The White Stripes, The Strokes, Arkells, Spoon, The Raconteurs, Alanis Morrissette, Morrissey, and a list far too long to include in this bio. To fill out the band we called up Joe Plummer of Modest Mouse, Cold War Kids and The Shins, and Yuuki Matthews from The Shins on bass.

“We’re crooked and catchy. Not crooked in the sense we’re criminals, in fact we barely have a speeding ticket between us. Crooked in the sense that we see the world a little crooked, we tell stories with slants. We sing for characters who rarely take the straight path. Catchy because we like catchy music and this way if no one else likes it at least we can enjoy belting out these classics at family dinner. That’s highly unlikely however, this record is fucking good. Our fans tell us we sound like one big mixture of Twenty One Pilots, Weezer, Cake and Gorillaz. We blend genres, generally do whatever we want, and don’t try to play within industry lines.