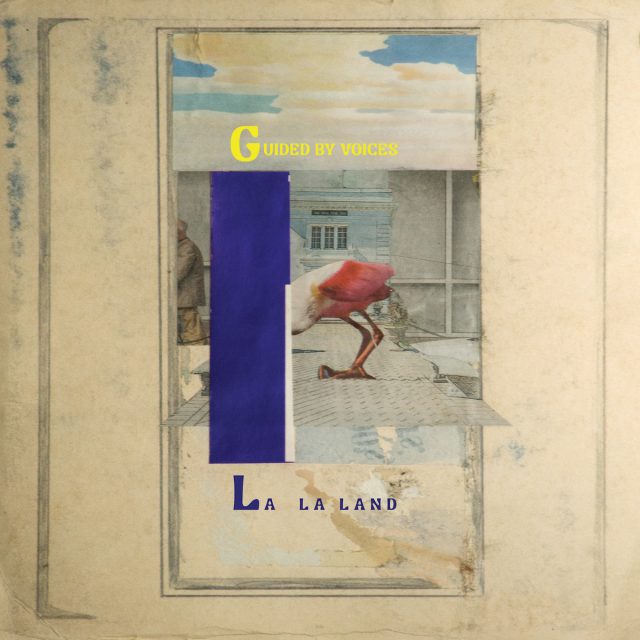 Yeah, you read that right — there are more than 20 worthy albums and EPs dropping next week. But don’t worry; I’m not going to make you waste the rest of your day reading about every single one of them. I’ve detailed the toppermost of the poppermost below, and listed the rest at the bottom. You’re welcome: 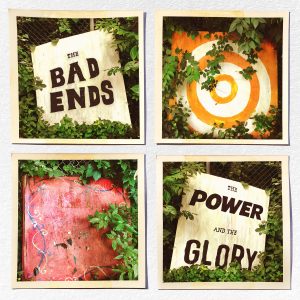 The Bad Ends
The Power And The Glory

THE EDITED PRESS RELEASE: “The Bad Ends’ debut album The Power and the Glory was produced by Mike Albanese in the band’s hometown of Athens, GA, a city that remains a breeding ground for all things alternative (and is the famous homebase of B-52’s, R.E.M., Pylon, The Elephant Six Recording Company and more). The Bad Ends feature Mike Mantione of ’90s Athens favorites Five Eight on vocals & guitar, Dave Domizi on bass & vocals, Geoff Melkonian of the Josh Joplin Group on keyboards & vocals, Christian Lopez on guitars & mandolin, and in his first full-time band since leaving R.E.M. in 1997, the legendary Rock and Roll Hall of Fame inductee Bill Berry on drums. “In very early 2017, a chance pedestrian encounter in downtown Athens found me face to face with one Mike Mantione,” Berry says. “At that point it had been over two decades since I’d involved myself with the record making process and here was a man Peter Buck recently described as ‘the unsung hero of Athens rock ’n’ roll’ offering an opportunity to play in the game again. It was energizing to once again play with top notch musicians. This record is unique for me in that it was the only one, with which I was involved, that was written, rehearsed, recorded, produced and mastered in Athens!” 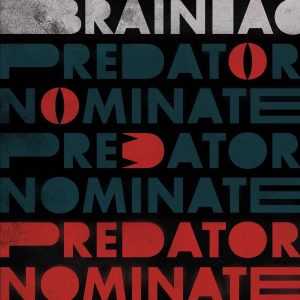 THE EDITED PRESS RELEASE: “In recent years, there has been a resurgence of interest in the incomparable 90’s band known as Brainiac. This is in part due to a 2019 documentary about the band (Transmissions After Zero) plus the re-emergence of surviving band members to celebrate their music in the last several years. In addition, a substantial pair of archival releases (Attic Tapes and From Dayton Ohio) were unearthed for Record Store Day 2021. Now comes the latest missive of the archive, harkening back to the band’s latter era and their most prolific and confident period. The Predator Nominate EP is a celebration of what was to come before the tragic exit of ringleader/singer Timmy Taylor. Listen to these realized demos and imagine what only could have been the confident seed of what the group might be capable of in this future century versus the last one. The world will never truly know.” 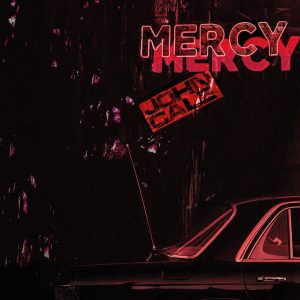 THE EDITED PRESS RELEASE: “John Cale’s engrossing 12-track Mercy — his first full album of new tunes in a decade — moves through true dark-night-of-the-soul electronic torment toward vulnerable love songs and hopeful considerations for the future with the help of some of music’s most curious young minds. Laurel Halo, Sylvan Esso, Animal Collective: They’re but half of the astounding cast here, brilliant musicians who climb inside Cale’s consummate vision of the world and help him redecorate there. Cale turned 80 in March, and he’s watched as many peers and pals have passed away, particularly during the last decade. Mercy is the continuation of a long career’s work with wonder. Cale has always searched for new ways to explore old ideas of alienation, hurt, and joy; Mercy is the latest transfixing find of this unsatisfied mind. The writings and recordings that shaped Mercy piled up for years, as Cale watched society totter at the brink of dystopia. Trump and Brexit, Covid and climate change, civil rights and right-wing extremism — Cale let the bad news of the day filter into his lines, whether that meant contemplating the sovereignty and legal status of sea ice melting near the poles or the unhinged arming of Americans in response to, well, everything. Mercy suggests a transformative way of existence, where one’s own age or the world’s malaises don’t preclude imagination, intrigue, or the perennial quest to heal. It comes back to get us. If it’s Mercy Cale wants, he’s created it not only through these 12 songs but through a lifetime of perpetual self-renewal.” 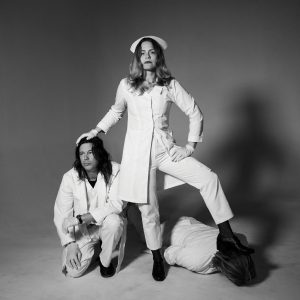 THE EDITED PRESS RELEASE: “Step into a sick rhythm. And I mean sickly. Surgery Channel is a constructed world where everything is piercing and pinpointed. Every single word brings confrontation. With an intro as intimate and uncomfortable as this, The C.I.A. make you question what could be happening here … or what they’re after. Something unhinged might be about to happen and they’re calmly dangling it over your head. Is it the possibility of dismemberment? Revenge? There is something about Surgery Channel that is sterile and covered in dirt at the same time. Maybe it’s the feeling of simultaneous anger and defeat. Maybe it’s what comes after. Or maybe it’s about the ever-so-brief silent spaces between notes and words. There’s nothing wishy washy about The C.I.A. or the way they sound. It’s all about precision and aim But really, it’s a warning… amplified by the suspense of tick-tocking drum machine beats that resemble a hospital room. Denée Segall (vocals, lyrics), Ty Segall (bass, percussion, back up vocals) and Emmett Kelly (bass, synth, back up vocals) have painted a jarring and dissonant landscape. Their basses could easily be swapped for bone drills and you might not be able to tell the difference. At times, it projects the feeling of being probed and investigated. You could assume this reality has been lived by those at The C.I.A., though most listeners could only fear it. 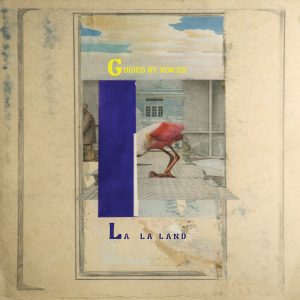 THE EDITED PRESS RELEASE: “La La Land is somewhat of a companion piece to Tremblers and Goggles By Rank and continues to explore a path of diversity in styles and in longer, more adventurous song structures,” sayd Guided By Voices’ founder and frontman  Robert Pollard. True to his work, La La Land doubles down on the intricate proggy pop displayed on the band’s last album. On a hot streak of critical acclaim, Pollard continues expanding his songwriting towards extremes of prettiness, heaviness and poeticism. As always, unforgettable hooks are everywhere. But with La La Land it seems Pollard is playing with the extremes of his abilities as a songwriter, emboldened by the power of this lineup now on their 14th album together since 2017. The prettiest stuff is prettier than ever, while  odder, more complex songs combine minimalism, whimsy, and cinematic inclinations. There are the exquisite power pop bangers that fans come to expect, and also tracks that effortlessly display a cranked-up weight and complexity most bands could never muster.” 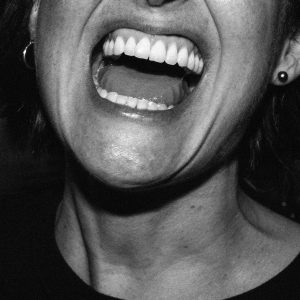 THE EDITED PRESS RELEASE: “The basic structural facts of rock band July Talk are this: Two front people, Leah Fay Goldstein and Peter Dreimanis, surrounded by whiplashing guitarists Ian Docherty and Josh Warburton, and double drummers Danny Miles and Dani Nash. For this compulsively DIY, rigorously self-realizing group, the essence of July Talk has always been the tension between precision and chaos. To understand this tension, we can reduce it to sets of twos, or we can magnify it and look deeper as to why we feel the need to frame it one way or the other. What we see says more about what we’re looking for. With July Talk, as with most things, what have we missed? We need not ask what July Talk’s two writhing frontpeople’s relationship is to each other, but rather what their relationship is to us, their audience, and to the world, this tender, villainous, confounding world. These bodies welcome our gaze, they revel and recoil in it while they furiously push back, asking of us what they ask of each other: Please see me for who I am. If we see July Talk as a woman and a man, in opposition to one another, what we are seeing is our own projections upon these bodies. This album screams out at the world: this is what’s next, and this is what’s now. Driven by a mantra to “hurl yourself into the moment” and find who you were when you felt completely in awe of the world, July Talk offer Remember Never Before. It’s for them, and it’s for you. 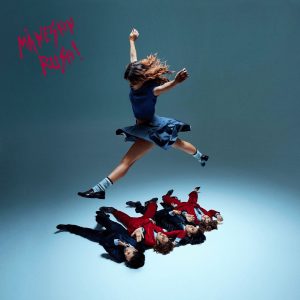 THE EDITED PRESS RELEASE: “2022 saw Måneskin’s full-throttle, headline shows lauded by critics and fans alike. Huge main stage festival sets have included Lollapalooza, Rock in Rio, Pinkpop, Rock am Ring, Summer Sonic and many more and a sold-out homecoming headline set to over 70,000 fans at Italy’s historic Circo Massimo. Their epic show in Mexico City saw them debut a new song, the riotous punk rush Kools Kids, to a rapturous response. October saw the unveiling of The Loneliest, their latest global-smash-in-waiting, an ode to classic old-school rock ballads. With roaring vocals and electrifying guitar solos that are tinged with elegant delicacy, the single sees the band at their most vulnerable yet.” 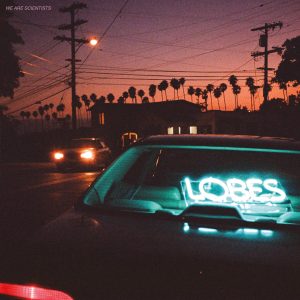 We Are Scientists
Lobes

THE EDITED PRESS RELEASE: “The lyrics for We Are Scientists’ new album Lobes were written over a stretch of two to three years. Though the origins of the first songs began around the same time as their 2021 album Huffy, they exist in entirely different musical universes. Lobes is expected to see the lovable and dynamic duo at their most playful and creatively free, continuing to expand upon the band’s feel-good indie rock sound by exploring more of their own input on production. As singer-guitarist Keith Murray says, “We recorded Huffy and a bit of Lobes during the lockdown, at the very beginning of the pandemic. We had just started recording Huffy when everything shut down, and the owner of the studio found himself trapped in Europe for the entirety of quarantine, and we ended up having access to the recording space for longer than we had anticipated. It gave us the opportunity to really dig down and get exploratory with our production techniques. A lot of our favorite productions ended up being the songs that we ultimately earmarked for Lobes, and when we started writing the rest of the record, we definitely wrote with an eye toward creating songs that were complementary to that sound — more electronic, dancier, ambitious in their production and arrangements, but still easy as hell to down like a spectacular, fruity cocktail on a light-up dance floor.”