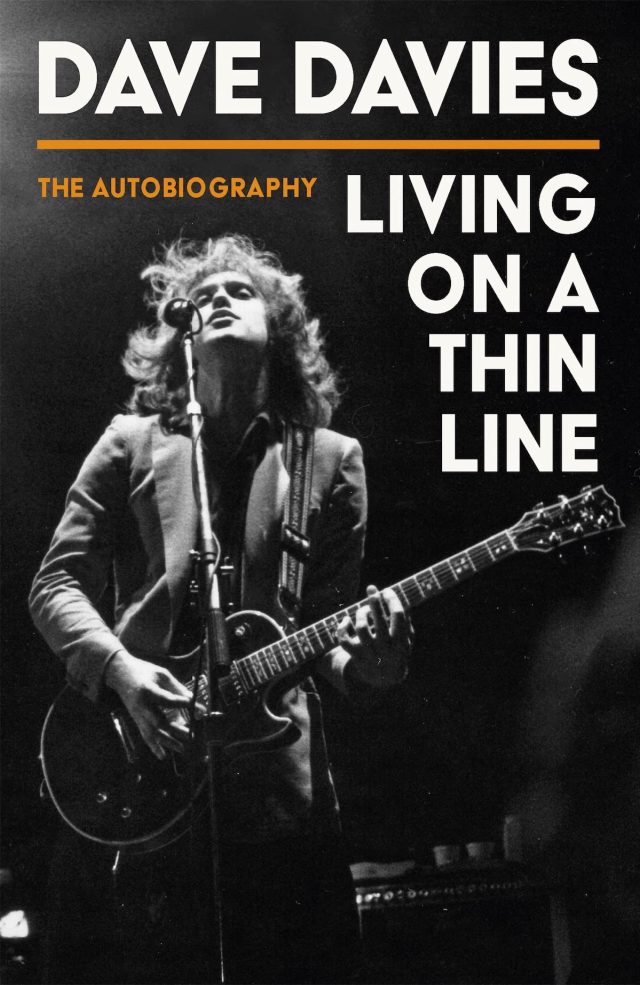 Rick Rubin and Red Hot Chili Peppers. The Kinks’ Dave Davies and Mogwai’s Stuart Braithwaite. Earth, Wind & Fire and Desert Island Discs. And, of course, the always-wonderful Weird Al. These are your reading options — and they’re damn fine ones if you ask me. Ready, set, browse: 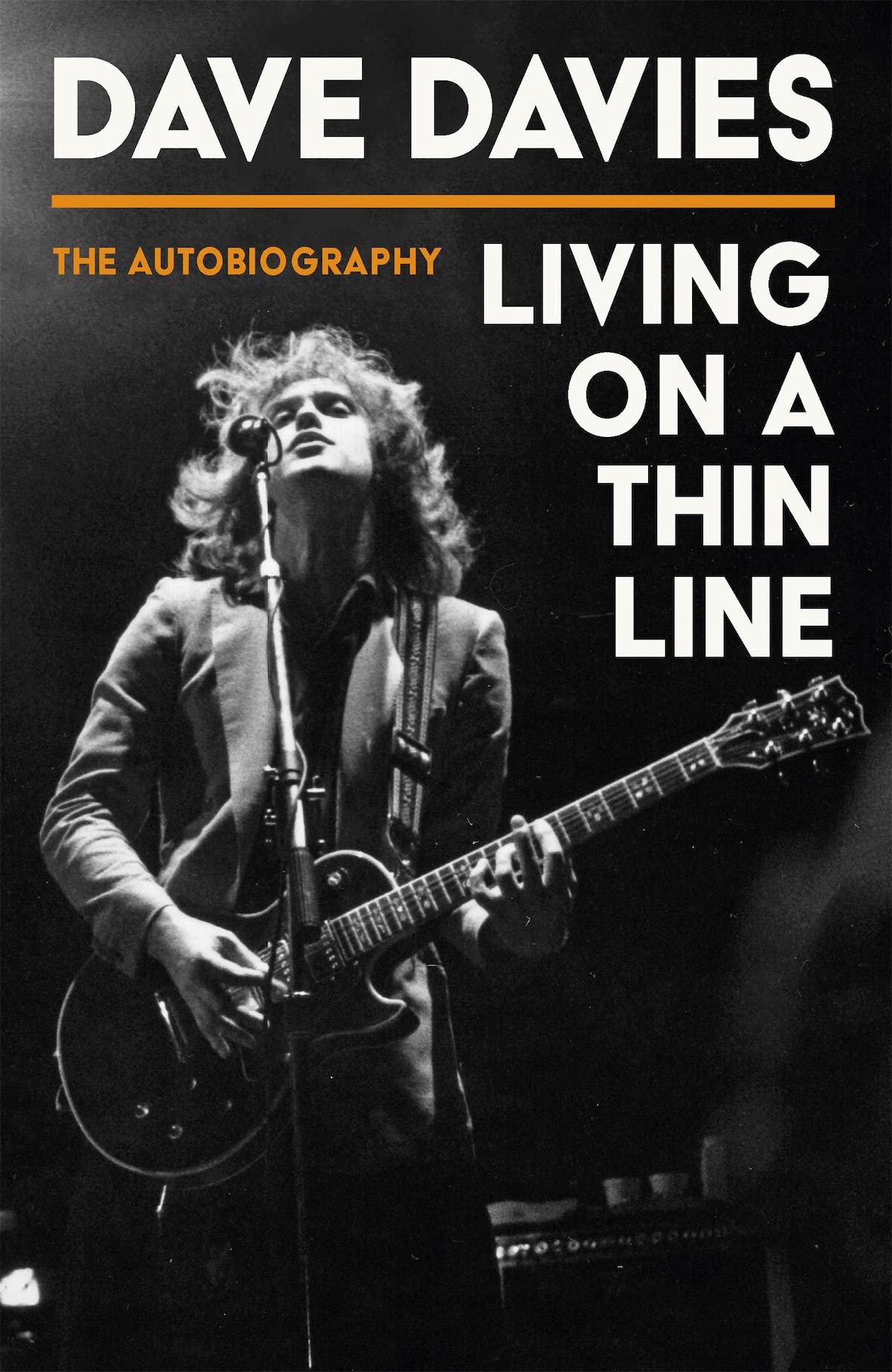 Living On A Thin Line
By Dave Davies

THE EDITED PRESS RELEASE: “Dave Davies is the co-founder and lead guitarist of epoch-defining band The Kinks, a group with 50 million record sales to their name. In his autobiography, Davies revisits the glory days of the band that spawned so much extraordinary music, and which had such a profound influence on bands from The Clash and Van Halen to Oasis and Blur. Full of tales of the tumultuous times and the ups and downs of his relationship with his brother Ray, along with encounters with the likes of John Lennon and Jimi Hendrix, this will be a glorious read for Kinks fans and anyone who wants to read about the heyday of rock ‘n’ roll.” 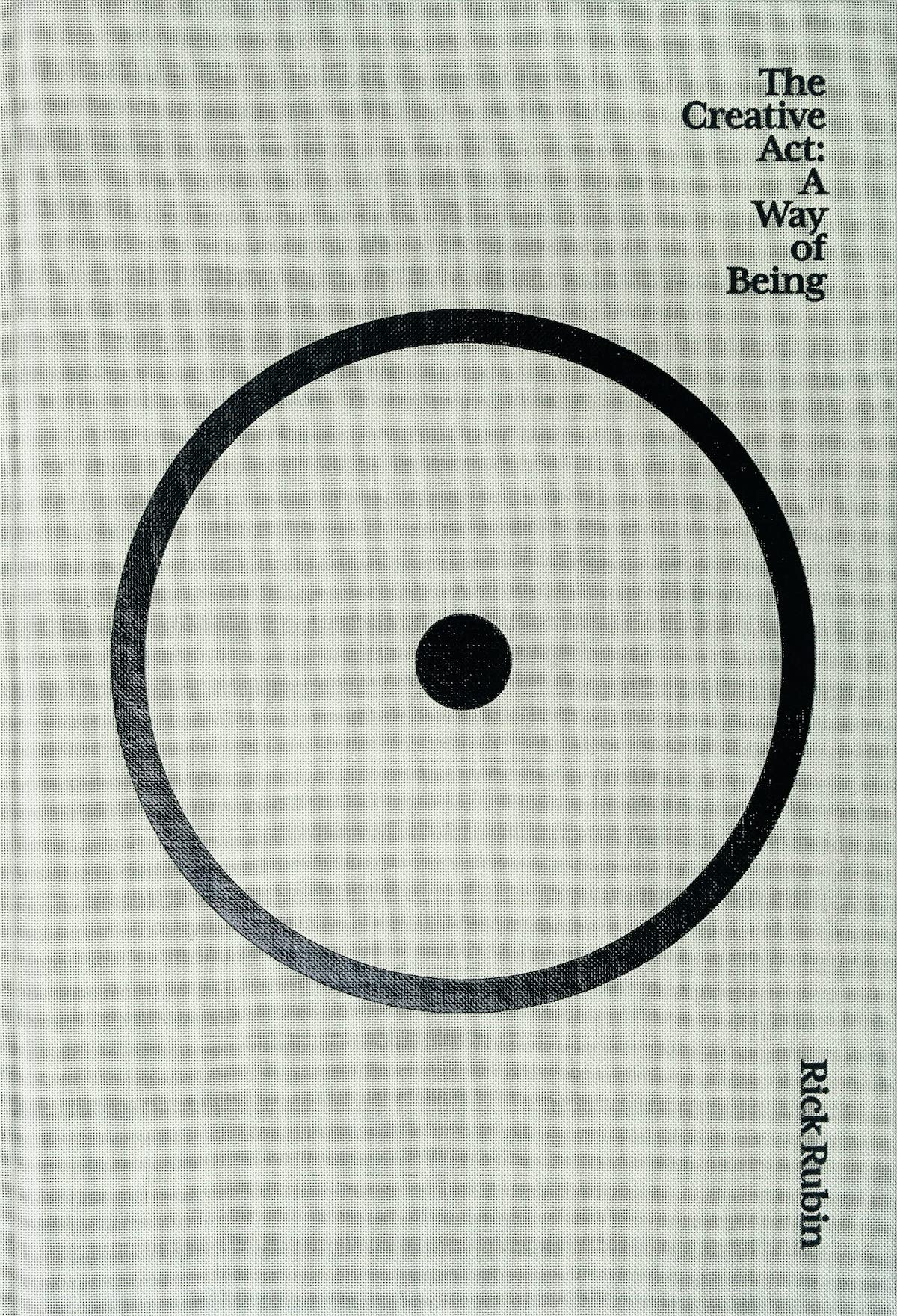 The Creative Act: A Way of Being
By Rick Rubin

THE EDITED PRESS RELEASE: “Many famed music producers are known for a particular sound that has its day. Rick Rubin is known for something else: Creating a space where artists of all different genres and traditions can home in on who they really are and what they really offer. He has made a practice of helping people transcend their self-imposed expectations in order to reconnect with a state of innocence from which the surprising becomes inevitable. Over the years, as he has thought deeply about where creativity comes from and where it doesn’t, he has learned that being an artist isn’t about your specific output, it’s about your relationship to the world. Creativity has a place in everyone’s life, and everyone can make that place larger. In fact, there are few more important responsibilities. The Creative Act is a beautiful and generous course of study that illuminates the path of the artist as a road we all can follow. It distills the wisdom gleaned from a lifetime’s work into a luminous reading experience that puts the power to create moments — and lifetimes — of exhilaration and transcendence within closer reach for all of us.” 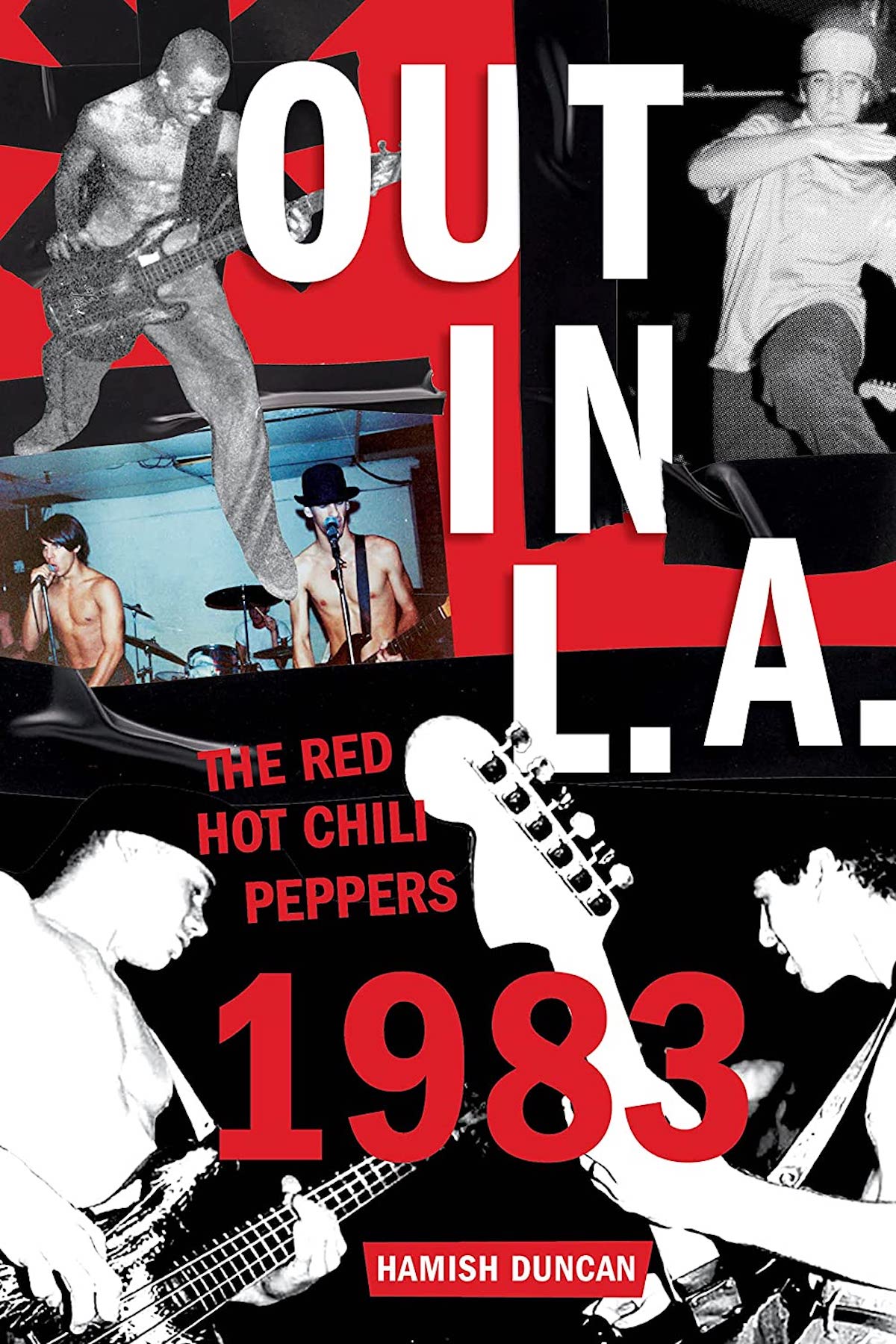 THE EDITED PRESS RELEASE: “The Red Hot Chili Peppers were going to be a one-time act for a friend’s album release party. Forty years later the funk rock band are arguably one of the best known and the longest running in the United States. Everything that happened in 1983 set the course for the rest of the band’s career. The scrappy band quickly rose to scene-wide fame, playing all over Los Angeles and gaining fans and media attention wherever they performed. Before the year was out, they had played approximately thirty shows, put together an early, beloved repertoire, recorded a blistering demo that secured them a recording contract with EMI/Enigma, and lost two of their founding members to a rival band. Out In L.A. is an attempt at finding out exactly what happened during that first year and exploring what it is that makes The Red Hot Chili Peppers so compelling and fresh, even as they continue on their musical journey today.” 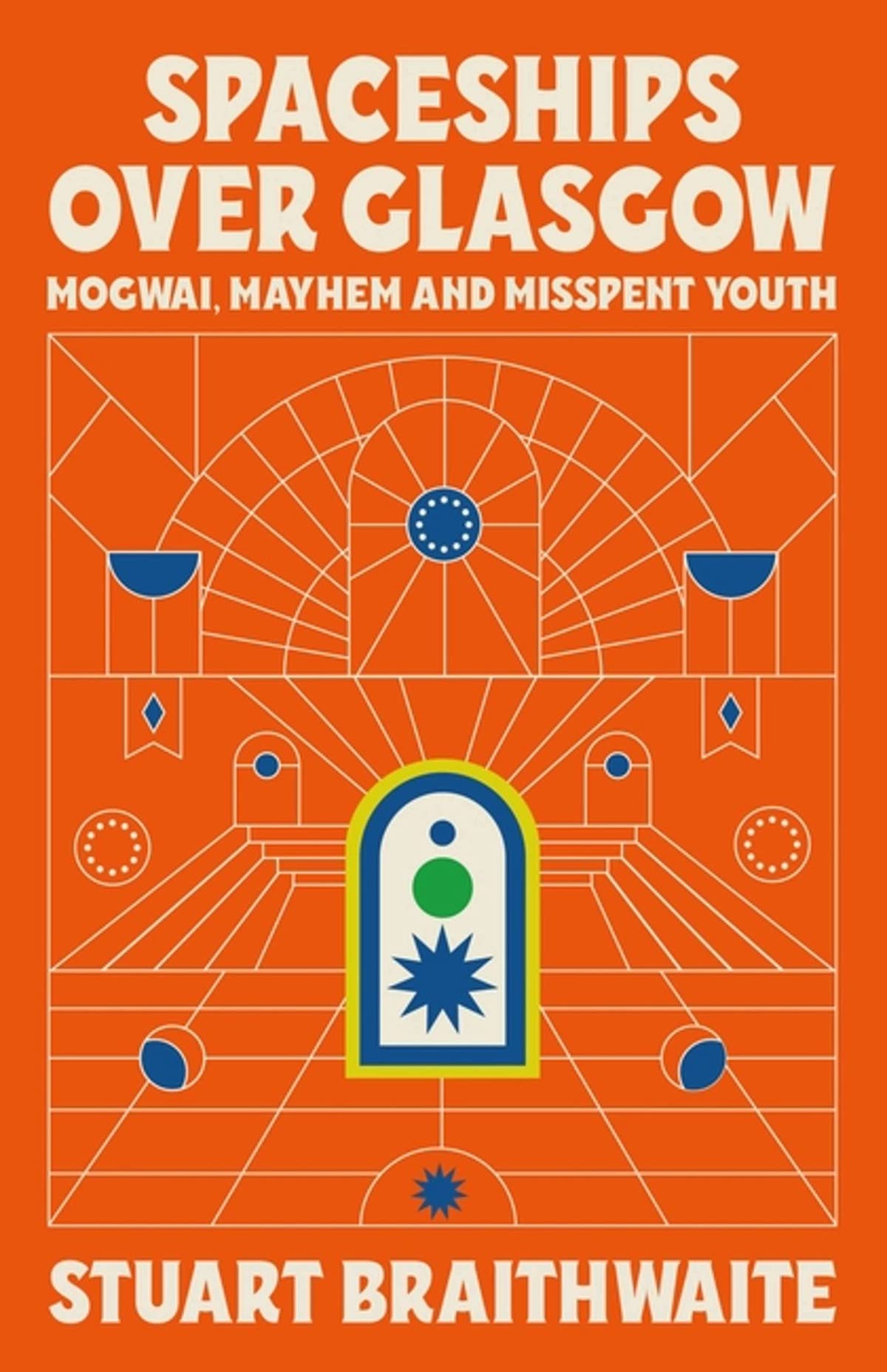 Spaceships Over Glasgow: Mogwai and Misspent Youth
By Stuart Braithwaite

THE EDITED PRESS RELEASE: “Born the son of Scotland’s last telescope-maker, Stuart Braithwaite was perhaps always destined for a life of psychedelic adventuring on the furthest frontiers of noise in Mogwai, one of the best loved and most ground-breaking post-rock bands of the past three decades. Modestly delinquent at school, Stuart developed an early appetite for ‘alternative’ music in what might arguably be described as its halcyon days, the late ’80s. Discovering bands like Sonic Youth, My Bloody Valentine and Jesus and Mary Chain, and attending seminal gigs (often incongruously incognito as a young girl with long hair to compensate for his babyface features) by The Cure and Nirvana, Stuart compensated for his indifference to school work with a dedication to rock ’n’ roll … and of course the fledgling hedonism that comes with it. Spaceships Over Glasgow is a love song to live rock and roll; to the passionate abandon we’ve all felt in the crowd (and some of us, if lucky enough, from the stage) at a truly incendiary gig. It is also the story of a life lived on the edge; of the high times and hazardous pit stops of international touring with a band of misfits and miscreants.” 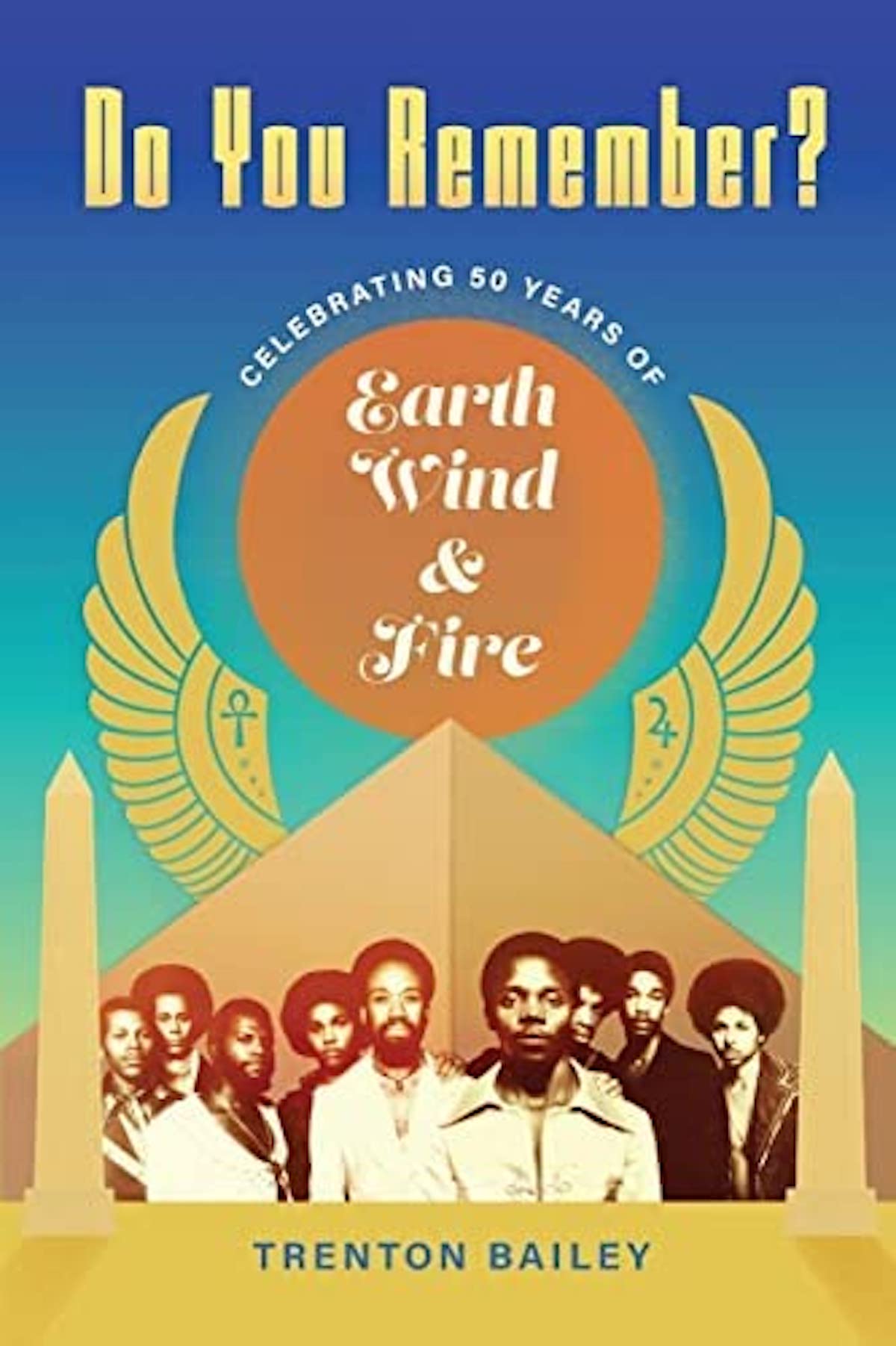 Do You Remember?: Celebrating Fifty Years of Earth, Wind & Fire
By Trenton Bailey

THE EDITED PRESS RELEASE: “In Do You Remember? Celebrating Fifty Years of Earth, Wind & Fire, Trenton Bailey traces the humble beginning of Maurice White, his development as a musician, and his formation of Earth, Wind & Fire, a band that became a global phenomenon during the 1970s. By the early 1980s, the music industry was changing, and White had grown weary after working constantly for more than a decade. He decided to put the band on hiatus for more than three years. The band made a comeback in 1987, but White’s health crisis soon forced them to tour without him. During the 21st century, EW&F have received numerous accolades and lifetime achievement and hall of fame awards. The band remain relevant today, collaborating with younger artists and maintaining their classic sound. They stood apart from other soul bands with their philosophical lyrics and extravagant art, much of which is studied in the book, including album covers, concerts, and music videos. The lyrics of hit songs are examined alongside an analysis of the band’s chart success. Earth, Wind & Fire have produced 21 studio albums and several compilation albums. Each album is analyzed for content and quality. They are also known for using ancient Egyptian symbols, and Bailey thoroughly details those symbols and White’s fascination with Egyptology. After enduring many personnel changes, Earth, Wind & Fire continue to perform around the world and captivate diverse audiences.” 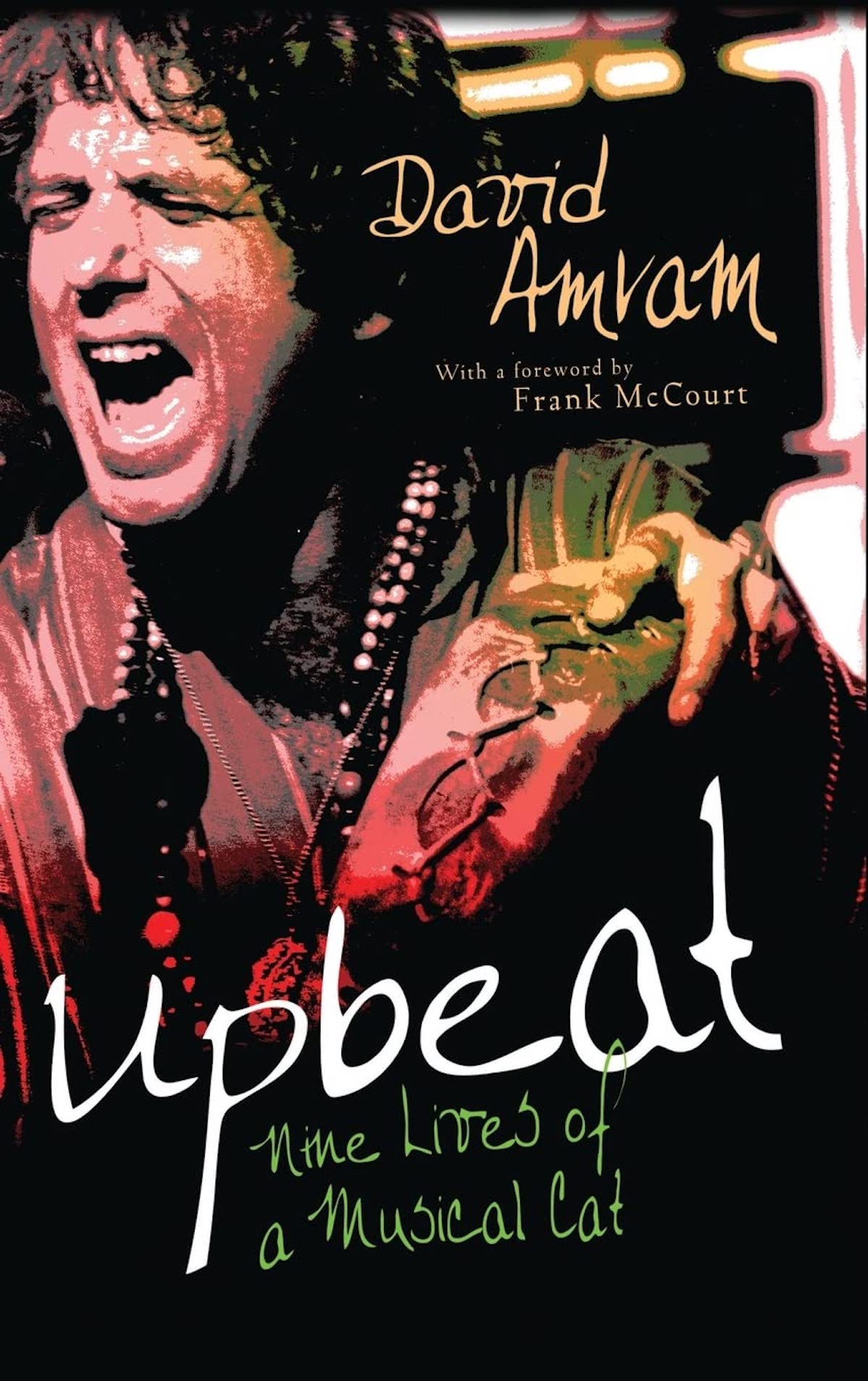 Upbeat: Nine Lives Of A Musical Cat
By David Amram

THE EDITED PRESS RELEASE: “David Amram — composer, jazz artist, conductor, and world music pioneer — has been called “the Renaissance man of American music.” From early collaborations with Jack Kerouac and Frank Sinatra to being chosen by Leonard Bernstein as the New York Philharmonic’s first composer in residence, Amram’s artistry has taken him from concerts with Willie Nelson to jamming with the Massai tribe of Kenya. In Upbeat: Nine Lives of a Musical Cat, Amram recounts his extraordinary adventures in the many worlds of music he calls home, all told in a rollicking anecdotal style that makes you feel that you are at home around the world. He writes, “Everywhere I have been in the world, music transcends politics. As musicians, we were able to go beyond all that and just be fellow human beings.” Threading through Amram’s tale of music, hard work, respect, and friendship are unforgettable stories of fellow great artists — Dizzie Gillespie, Hunter S. Thompson, Janet Gaynor, George Plimpton, Lyle Lovett, Zoe Caldwell and many more.” 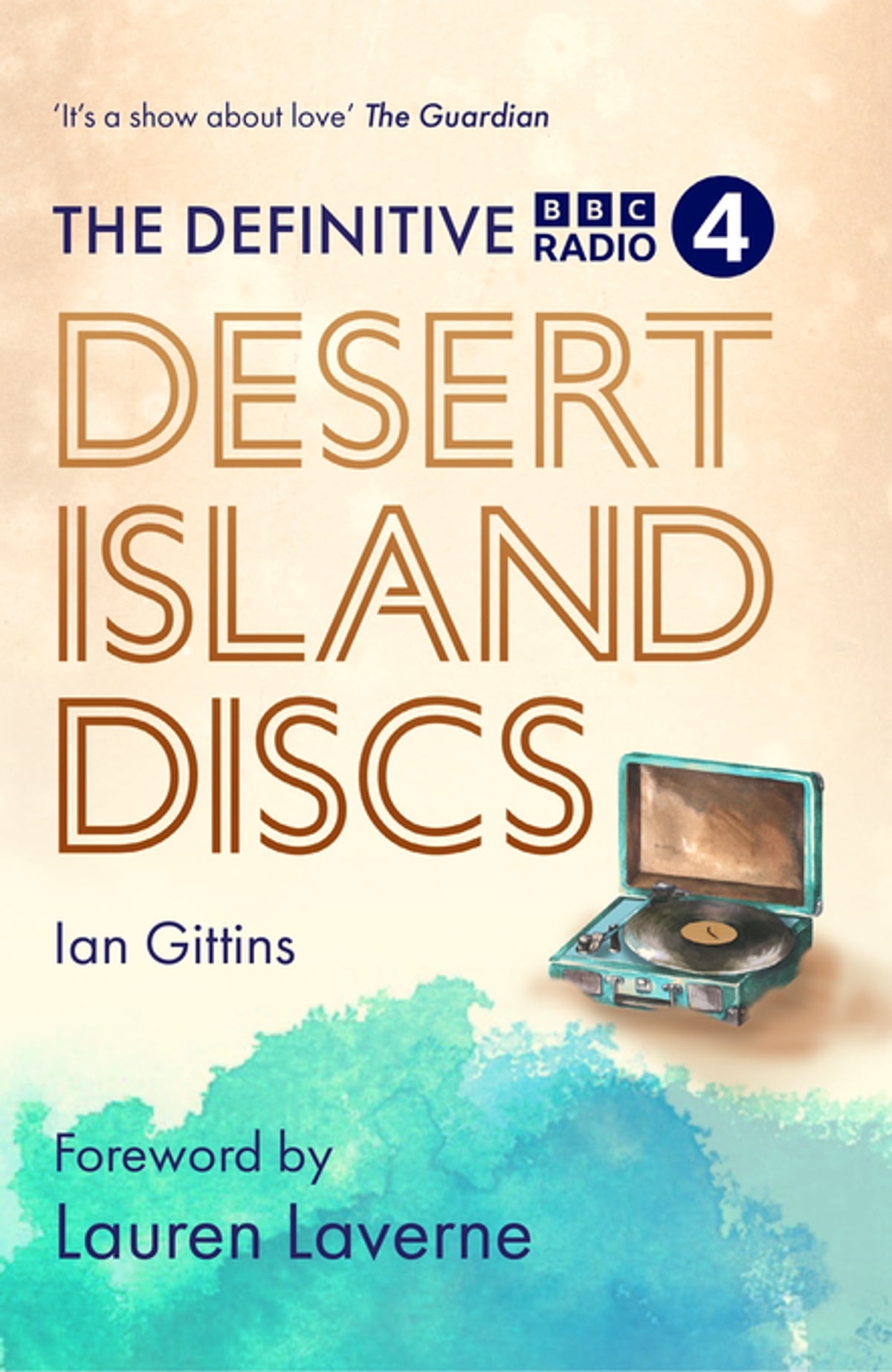 THE EDITED PRESS RELEASE: “We all have our own Desert Island Discs — that handful of songs that transport us back to special times in our lives, capturing a mood perfectly and helping us tell our stories. Celebrating 80 years of the BBC’s most iconic radio show, The Defnitive Desert Island Discs revisits some of the most remarkable and unforgettable of those life stories — song by song, and memory by memory. Whether it’s Dame Judi Dench on her first experience of jazz in America; Lemn Sissay on Amazing Grace capturing his love of Scotland; or Ike and Tina’s River Deep – Mountain High reminding Ian Wright of darker times, the music chosen helps reveal life’s precious moments with a unique power and intimacy. Every story is a journey, and these are the songs that guided the way. With an introduction from Lauren Laverne, and featuring many new stories not included in the original broadcasts, this is the ultimate tribute to the music that defines and shapes us.” 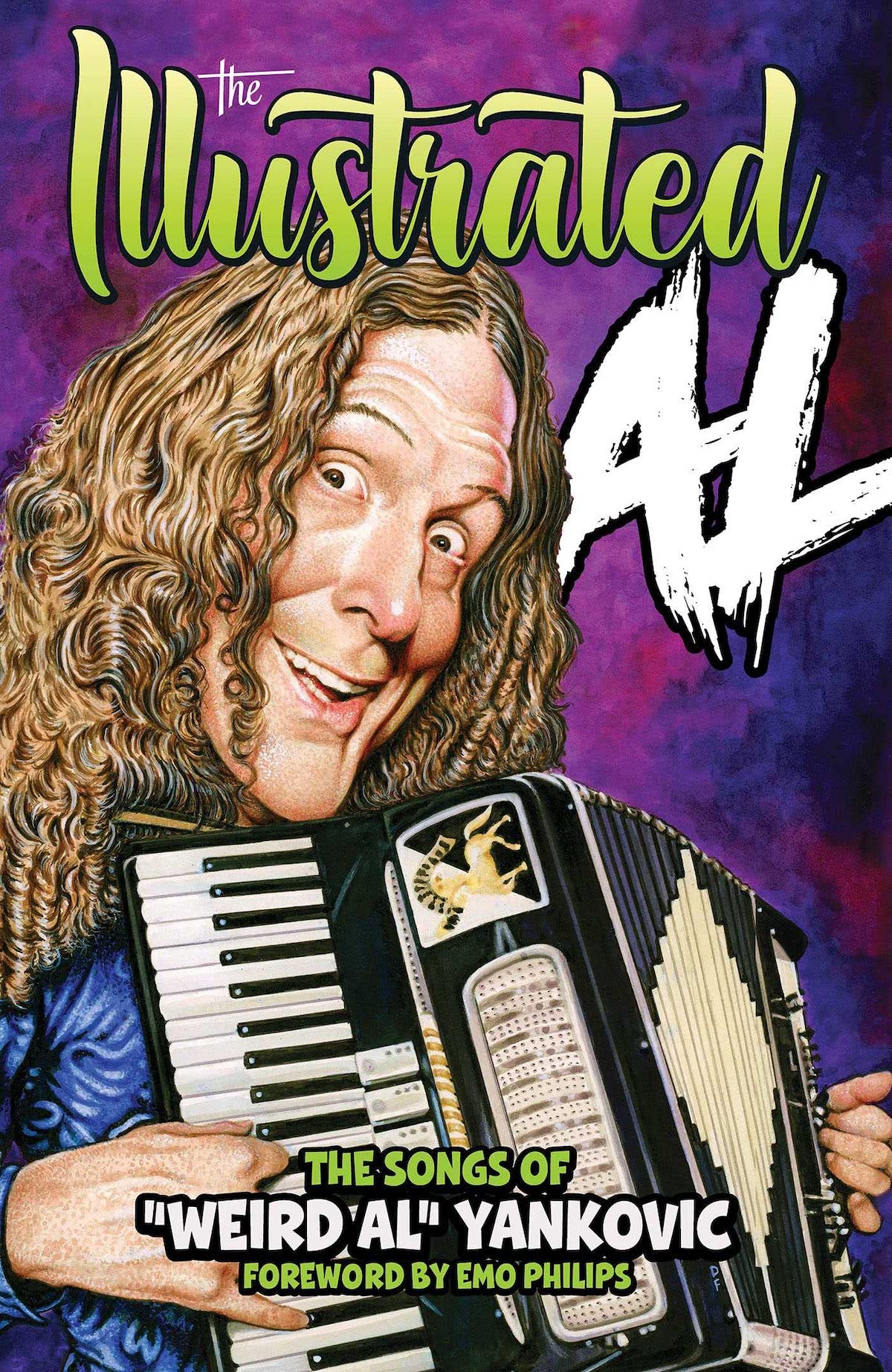 The Illustrated Al: The Songs of “Weird Al” Yankovic
By Weird Al Yankovic