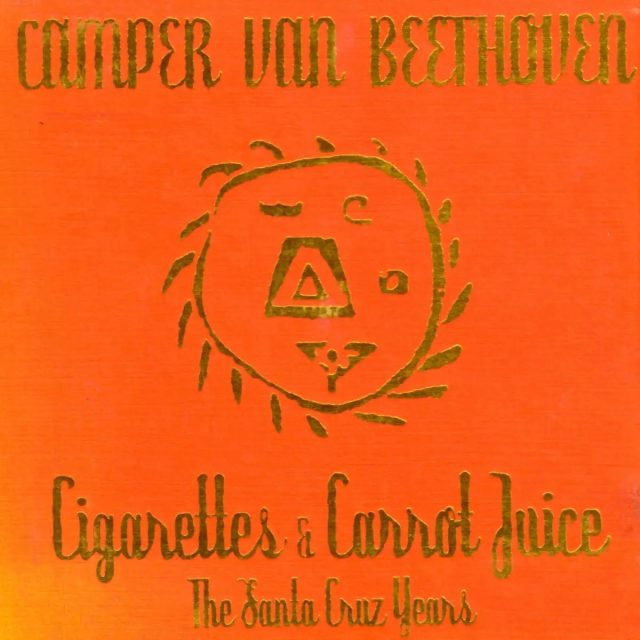 No disrespect or anything, but let’s face facts: A box set from ’80s alt-rockers Camper Van Beethoven probably isn’t at the top of a lot of folks’ wish lists.

After all, it’s not like CVB were R.E.M. Hell, they weren’t even EMF. In fact, I’m willing to bet most people who even recognize the name only remember them as David Lowery’s band before Cracker. Bottom line: How many people do you know who own Camper Van Beethoven albums?

Well, the new box Cigarettes & Carrot Juice: The Santa Cruz Years aims to right all those wrongs. And who knows, it just might. If it fails, it sure won’t be for lack of trying. Cigarettes & Carrot Juice is nothing if not an exhaustive and extensive musical chronicle of the California combo’s early years. You get their first three albums from 1985 and 1986 (Telephone Free Landslide Victory, II & III and their self-titled third album), along with a previously released rarities disc (Camper Vantiquities) and a new disc of live recordings (Greatest Hits Played Faster).

Sifting through them one after the other, you quickly realize one thing: There’s no way a band like Camper Van Beethoven could ever make a go of it today. Not because they’re amateurish or unimaginative. More like the opposite — they were (and still are) too freewheeling, adventurous and eclectic for their own good. (Pro tip: How can you tell when your indie band is too eclectic for its own good? When you have a violin player.)

Back at the time of 1985’s Telephone Free Landslide Victory, they called themselves “surrealist absurdist folk,” but that doesn’t even tell half the story. Both that album and 1986’s II & III are bottomless musical melting pots, mixing punk, ska, Americana, acid rock, reggae, jazz and just about any ethnic musical style you could identify — Celtic, Greek, Middle Eastern, Chinese, whatever — into a truly bizarre hybrid. Just to add to the weirdness, half the songs were instrumentals with titles like Mao Reminisces About His Days in Southern China. Not that the ones with Lowery’s nasal, yelped vocals — like their strummy cult favourite Take the Skinheads Bowling — were much more conventional. And just to seal the deal, they tossed in quirky covers of stuff like Black Flag’s Wasted and Sonic Youth’s I Love Her All the Time.

They truly hit their stride, however, on 1986’s Camper Van Beethoven. Here, along with the musical experimentation, they got into sonic experimentation, fiddling with the tape speeds and directions and twiddling all the studio knobs to see just what those little boxes did. Oddly enough, they coupled that with some of their most focused songs thus far, producing fan favourites like the bluegrass-flavoured Joe Stalin’s Cadillac, the jangly pop of We Saw Jerry’s Daughter and the 86-second guitar-pop gem Shut Us Down. But of course they tossed in a reverent, seven-minute cover of Pink Floyd’s Interstellar Overdrive just to make sure you didn’t think they were going straight.

Shortly after that, they actually did go straight — straight to a major-label deal with Virgin that produced two more albums not included here for the standard legal reasons (although you can hear a bunch of those songs on the Greatest Hits Played Faster disc, most of which was recorded on the band’s last tour in 1990). Finally, just to tie up the loose ends there’s Camper Vantiquities, which contains their first EP and more covers, including sterling renditions of Country Joe’s Porpoise Mouth, The Kinks’ I’m Not Like Everybody Else, Hank Williams’ Six More Miles To The Graveyard and Ringo Starr’s hit Photograph. Which is only fitting, since Cigarettes & Carrot Juice is certainly a lovely portrait of one of the best ’80s bands most folks have never heard.

Maybe it’s worth putting them on your wish list after all.