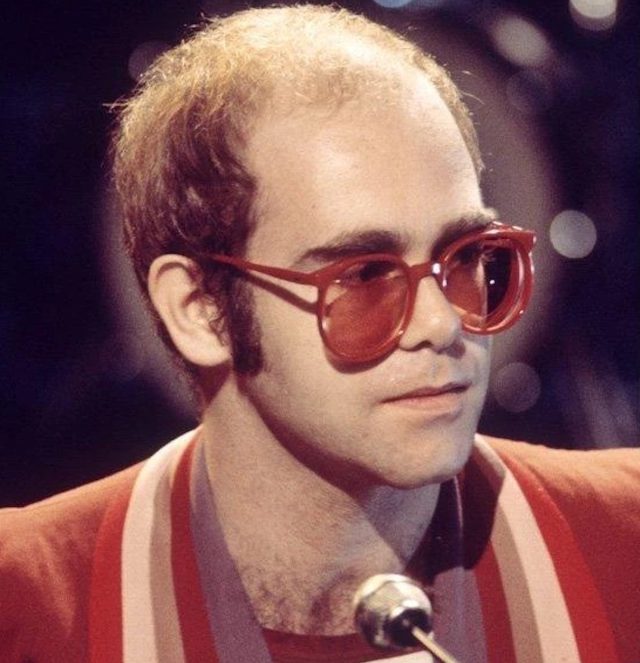 I saw David Lee Roth on the Skyscraper tour. I have two defining memories: the boxing ring which dropped down above general admission, and the emergence of his bandanna headband. Diamond Dave’s hairline was thinning with the devil. “There will come a day and youth will pass away / What will they say about me?”

Roth is not alone, of course — Axl Rose’s big bandanna turned into a wide hat. Keith Richards’ bandanna gets wider and wider. Others simply shave it all off and embrace the down-to-the-wood look — Paul Shaffer, Billy Corgan, Rob Halford, Michael Stipe, Moby, Kim Mitchell and many more.

Steven Van Zandt of The E Street Band started wearing hats and bandannas in the 1970s after being in a car crash which damaged his scalp. His hair didn’t grow back properly, so he just made it his thing. But it’s not because of traditional hair loss.

But sometimes musicians are known for their coif — especially if they become popular in their youth. It can become a trademark. In this case, they either need to rework it, or recreate it. There’s no way Paul Stanley can have the huge mane he had when KISS were in their prime — the guy is 70. He does have great hair, but it’s not quite the same as 1976, so he wears a stage wig.

Fans jumped on Coldplay frontman Chris Martin after the video for Yellow came out years ago, claiming he had a receding hairline. There has been much debate about how said hairline has not only stopped receding since then — more than 20 years ago — but thickened and improved. He’s either wearing a wig or, more likely, had a transplant.

Elton John has struggled with his hair since the early 1970s, when it began rapidly thinning. By the late 1970s he had undergone two lengthy and painful scalp procedures, seemingly with little improvement. The ’80s saw him in a variety of hats, costumes and outfits before eventually settling on a wig which he still wears. He’s actually shared a pretty funny story related to it in which he was awoken by the sound of voices in his home and went to confront the would-be burglars. He almost did so without putting his hairpiece on, but remembered — and went back to put it on. It turned out the voices belonged to workers who were there, previously arranged, to tend to a leak in the kitchen. Elton explained the men seemed starstruck as they apologized for waking him, but discovered when he returned to his bedroom that they were reacting to the sight of him with his hastily placed wig on backwards.

Backstreet Boy A.J. McLean is even more open about his hair woe solutions — sharing before and after photos on Instagram following a hair transplant procedure in 2013. The singer had worn a variety of wigs for years.

Poison vocalist Bret Michaels’ bandannas have also gotten larger over the years — and are usually now combined with hats. However, Michaels has also said he’s incorporated hair extensions into the mix to achieve his signature look.

Hairpieces like Elton’s current one would be impossible for someone from the 1960s and ’70s to recognize. The quality of them is quite impressive. This has not always been the case with men’s hairpieces, of course. For many years they were easy to spot. Take a look at photos of Little Richard or Phil Spector. Gary Numan’s modern one isn’t nearly as convincing as Elton’s.

There are a few enviable mutants out there — Jeff Beck has had the same hair since 1965. Current photos seem to suggest it’s real. Dyed, but real. Same with Alice Cooper. Speculation that Ronnie Wood wears a wig was dispatched when it was revealed he refused chemo treatment for lung cancer because he didn’t want to lose his hair. 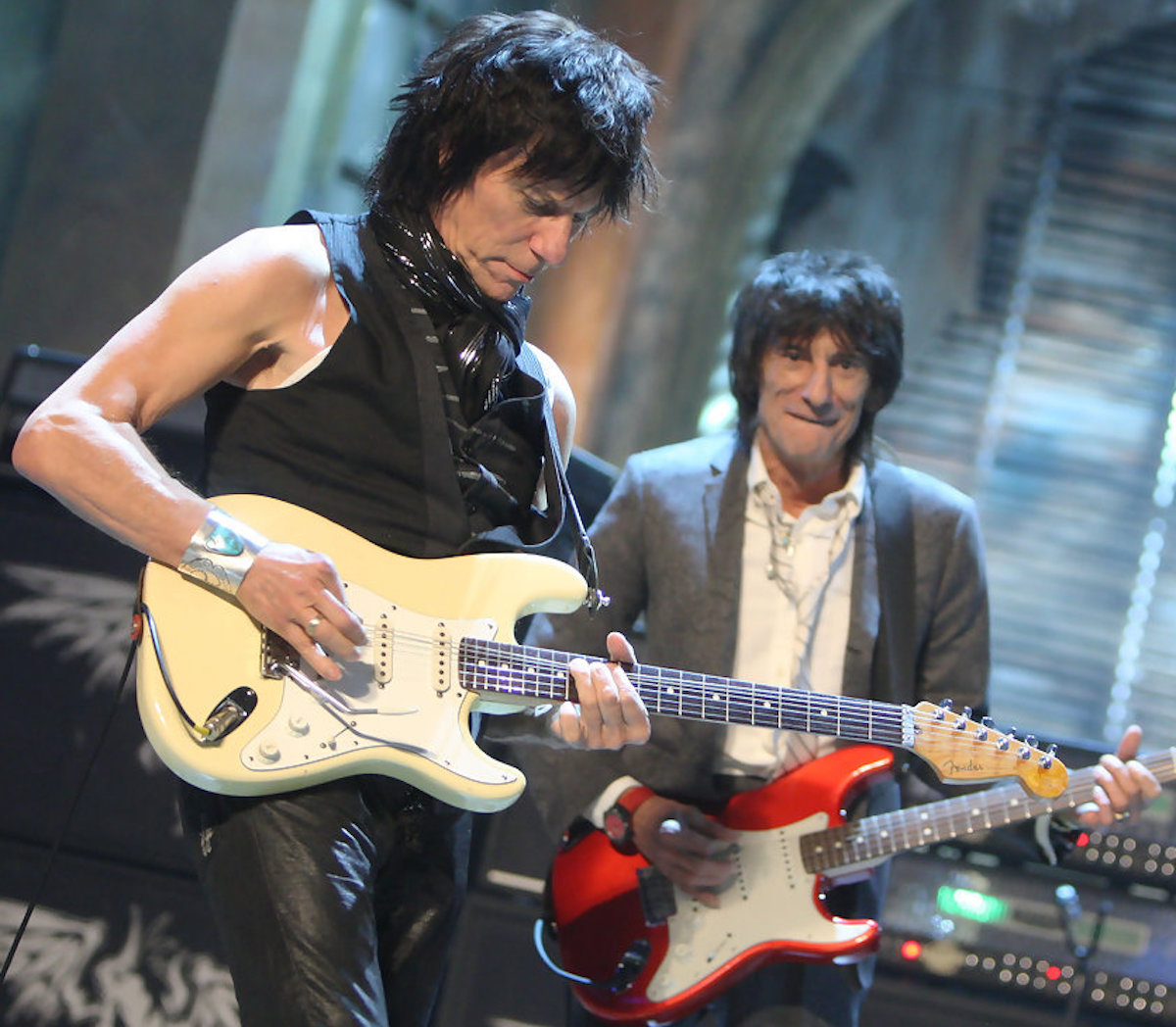 Of course, for every male musician who wears a wig, there is at least one woman who also does. For years Dolly Parton has openly joked about her hair being fake. “I think God gave me talent because he screwed up my hair,” she’s been quoted as saying, as well as “whenever I find myself getting too nostalgic, I just think about how heavy the wigs used to be.”

The Supremes all wore wigs, of course. Tina Turner has also worn wigs for ages. Debbie Harry has one for performances, because Blondie. So does Gwen Stefani, who is able to protect her real hair from harsh chemicals by using a variety of wigs rather than a variety of treatments.

Given the varied and dramatic appearance of their hairdos, it should come as no surprise that both Lady Gaga and Nicki Minaj often use wigs. And the late Amy Winehouse used packets of synthetic hair, hairnetted together to achieve her signature beehive.

Personally, I’m at a crossroads where I need to decide what to do — shave it all off, keep wearing hats, or just not worry about it. Then again, maybe a wig is the way to go. Maybe I can save up for a 1980s Dave Mustaine flow. Piece sells. 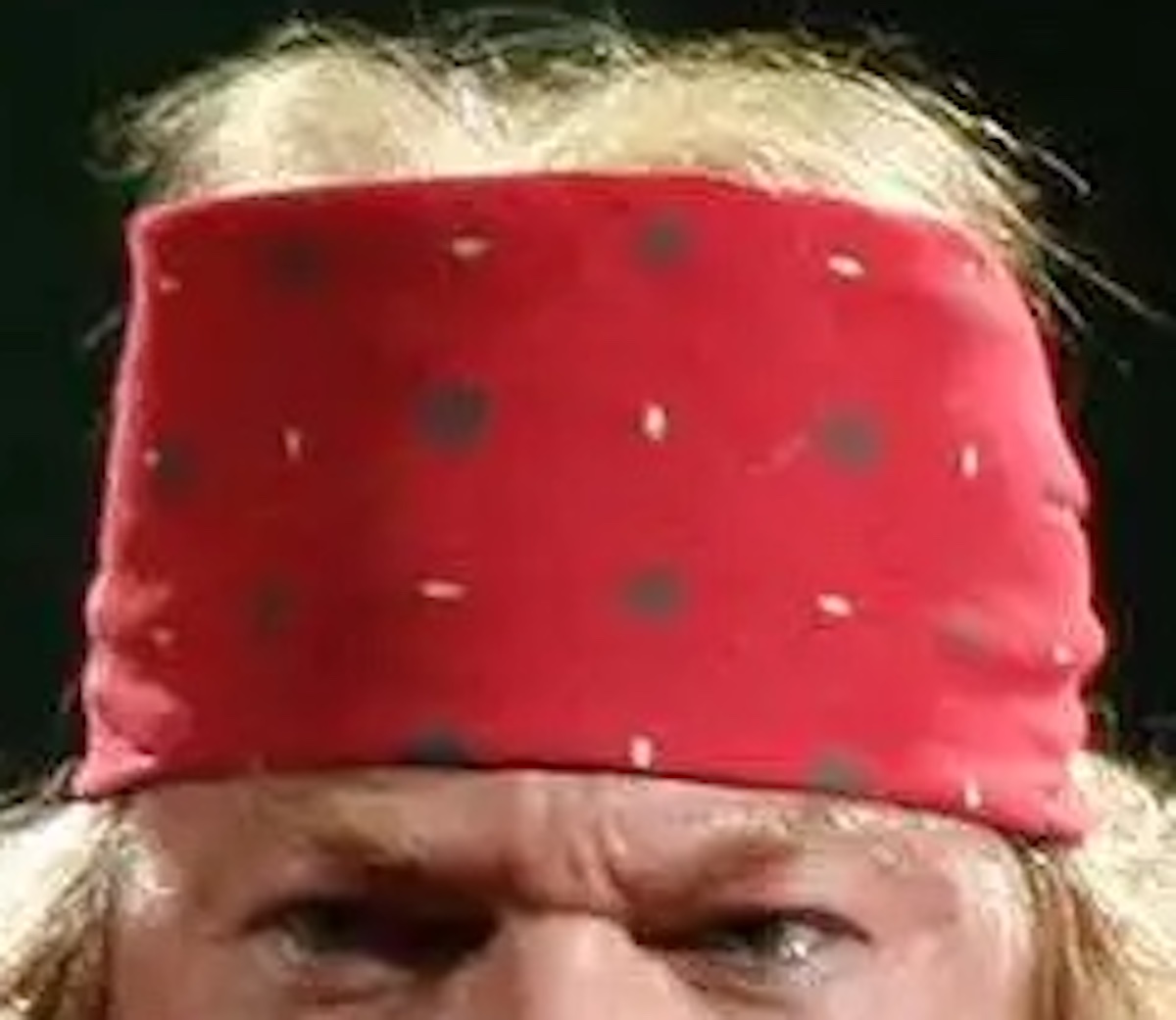